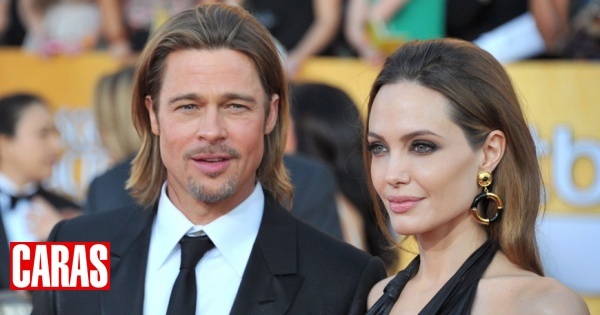 Among legal proceedings, the conflict between Brad Pitt and Angelina Jolie seems to have no end. The actress, who accused her ex-partner of aggression in the plane incident that precipitated the end of their marriage in 2016, is also demanding compensation of almost 250 million euros from the actor. At issue is the Miraval wine company, a multimillion-dollar business with worldwide expression, which the former couple created in the south of France, in 2008, at Château Miraval, when they were still together.

Among several processes, an email that the actress wrote to her ex-partner in January 2021 is now publicly disclosed. At issue is the fact that Jolie sold her share of the business in October last year to the Tenute del wine group Mondo, a subsidiary of the Stoli Group, which is owned by the Russian millionaire Yuri Shefler. Brad Pitt alleges that the two had agreed not to sell their shares without the other’s knowledge and consent, in order to maintain the interests of the family business they built. The lawyers mentioned that “Jolie sought out and completed the secret sale, purposefully keeping Pitt in the dark, knowing she was violating Pitt’s contractual rights.” claiming that Mondo Bongo, the actor’s company, should have had the right of first refusal. In the email, the emotional actress justifies her decision to sell her share of the business.

“It is impossible to write this without crying. It’s the place where we brought the twins when they came home and where we got married, under a plaque in memory of my mother. A place that held the promise of what could be and where I thought I would grow old. Even now, it is impossible to write this without crying. I’ll keep my memories of what it was a decade ago. But this is also the place that marks the beginning of the end of our family – something centered on alcohol. I was hoping that somehow this place could be something that would bring us together and find light and peace. Now I see how you really wanted me to leave and you will probably be happy to receive this email.”, wrote Jolie, who highlighted the reckless behavior of the ex-partner and that he will have wasted millions of dollars on the property. Seeing in selling your part of the property the only way to “Move forward to heal and focus on the family”so that she could try to forget about the difficult times they lived, which, according to the actress, harmed her family.

It is recalled that, in addition to this process, Jolie alleged to the FBI that, during the private flight, her then husband grabbed her, pushed and yelled at her on the plane, scaring her and her children. Angelina Jolie also said that Brad Pitt had been drinking during the flight and took her to the bathroom, where the “grabbed it by the head, and shook it.” The actress claimed that Pitt hit the roof of the plane, accusing her of destroying the family and that her children ran to her asking if she was okay, to which the actor replied that it was the woman who was ruining the family. family.

Previous Motorola presents the concept of a mobile phone; see how it works
Next Cuca and Caetano disagree about the assembly of the 2023 cast