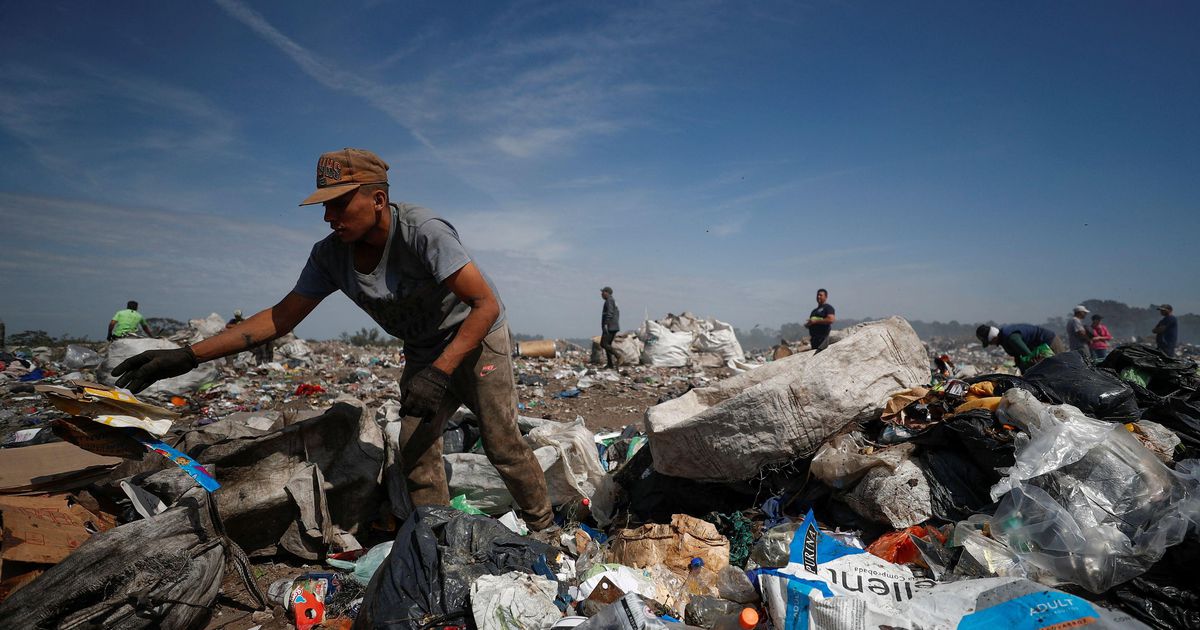 BUENOS AIRES – A Argentina heading towards an inflation rate of 100% this year, with some foods already surpassing this annual variation. The result is the increasing number of Argentines scouring garbage dumps and exchanges for products such as clothes, cardboard and other materials for sale.

according to National Institute of Statistics and Census (Indec) from Argentina, inflation in September was 6.2%. In the year, the rate was 66.1% and, in the last 12 months, 83%the worst level since December 1991, when it reached 84%, according to official data. Projections for the year 2022 are already in the triple digits. As a result, the country registers price increases to levels similar to the period of hyperinflation around the 1990s.

The agency Reuters visited dumps on the outskirts of Buenos Aires, where he found people looking for usable clothing, recyclable materials for sale, and even food. “My income is not enough anymore,” Sergio Omar, a 41-year-old Argentine who was looking for recyclable materials at a landfill in Lujan, 65 km from the capital, told the agency. With five children, he said it was difficult to support his family in the face of rising food prices.

In fact, according to Indec data, food, along with alcoholic beverages and clothing, suffered the greatest monthly variation in inflation. In comparison with September last year, the price of food rose 86.6%, above the general average, but the biggest increase was in clothing and footwear, which varied 118% in one year.

“We see that inflation in this item remains high, even when the price of food in the world is reversing. We do not see any indicators that suggest a slowdown in the coming months in the domestic market”, said Guido Lorenzo, executive director of LCG, to the Argentine newspaper. La Nación.

But some products on the shelves and in the basic basket in the country have already exceeded the rate of 100%, according to a survey carried out by the newspaper based on data from Indec. The most affected item is onion, whose annual increase was 550.85%. Next comes sugar and potatoes.

The increase in food prices fully impacts the cost of the basic food basket, which marks the indigence and poverty line in Argentina, social indicators that stood at 8.8% and 36.5%, respectively, in the first half of this year.

still at Reuters, Omar said he noticed an increase in the number of people looking for products at the landfill he frequents. A perception reinforced by Sandra Contreras, owner of the Lujan Barter Club, who reported seeing lines two hours before the space opened. “People arrive very desperate, their salaries are not enough, things are getting worse every day,” she told the agency.

With the numbers of the last months, the vice president Cristina Kichner asked your Minister of Economy Sergio Massa palliative measures for these sectors and greater intervention in the food sector. Currently, the Argentine government freezes the price of some items and some brands of products in the basic food basket, in a program called careful pricing.

In some markets in the country, these items sell out quickly from the shelves, either because they are bought more frequently, or because some retailers avoid their replacement before the markdown to avoid losses.

El Indec publishes today data on the decline in poverty from 37.3% to 36.5% in the first half of 2022. Despite the same period of poverty, it increased from 8.2% to 8.8%, this is evidence The impact of the strong increase in food prices.

Massa said he will meet with consumer companies to establish a new program, which will be called “Fair Pricing”, in which product values ​​will be valid for a longer period than the current “Careful Pricing” and will be printed on products so that the consumer has guarantees of what is charged.

“It is essential that we do this on the basis that everyone understands that we are in a moment where we all have to give a little,” the minister told the radio. Rivadaviain Buenos Aires.

According to the government, despite annual inflation getting closer and closer to 100%, the monthly variation in prices showed a deceleration. The rate of 6.2% in September was lower than the monthly rates of July and August, of 7.4% and 7%, when the devaluation of the peso against the dollar in parallel exchange gained strength.

“We have to fight inflation. It’s a problem that didn’t start with us and has been going on for many years. Today we learned that inflation is gradually decreasing”, commented the president Alberto Fernandez on Friday, 14th, when the Indec data were published.

On the same day, Fernández assured that the country will achieve “three consecutive years of growth”, during his closing speech at the traditional IDEA business colloquium, in the city of Mar del Plata, in the province of Buenos Aires.

“Exports reached almost US$ 60 billion in the middle of the year and we are going to end the year exporting around US$ 90 billion”, predicted the Argentine president at the event that brought together businessmen from various sectors who ratified their commitment to investment in Argentina despite from recurrent crises, severe macroeconomic difficulties and monthly inflationary increases. In this sense, Fernández assured that “Argentina will achieve three consecutive years of growth in its Gross Domestic Product (GDP)” and projects an increase of 4% and more than 2% by 2023. /With information from EFE