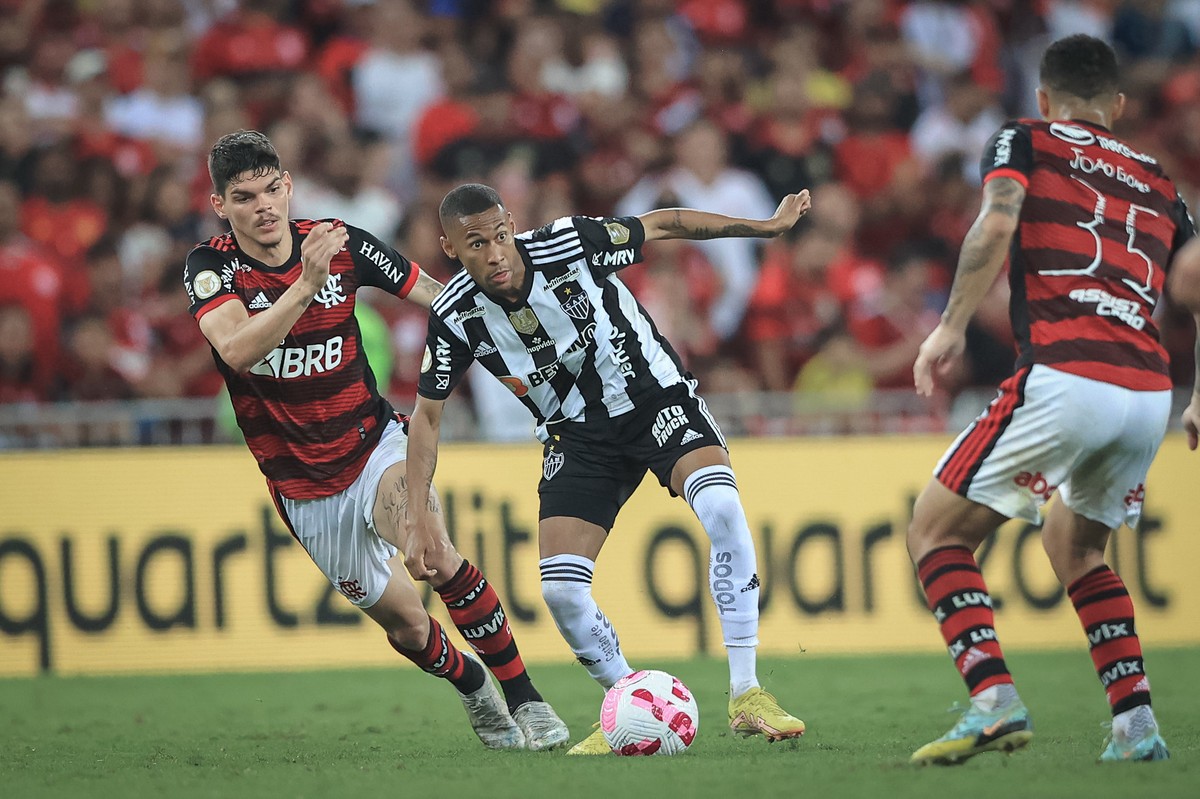 Coach Cuca piled up statistics to show that Atlético-MG had superiority over Flamengo, but failed in offensive efficiency (again). Defeat 1-0 in Rio, and the ninth game in the Brazilian 2022 without scoring.

The overwhelming attack of 2021 gained reinforcements, kept almost all the pieces – Diego Costa and Savarino’s departures were the most impactful -, and experienced an evident drop in performance. It’s two straight matches in white. It drew 0-0 with Ceará, and now the defeat by the minimum score.

– We have been suffering with this, of not converting into goals. The team has been playing well, it sounds cliché, we come here and always say that. But it’s working more, converting the balls that we are creating into goals – scored midfielder Allan.

Last year, for example, the champion Galo only failed to score on three occasions in the Brazilian – defeat to Santos, draw to São Paulo, and defeat to Flamengo at Maracanã equally 1-0. In 2020, with Jorge Sampaoli, seven games without scoring in the third-place campaign.

Atlético’s attack is made up of the top scorer Hulk – 29 goals in the season -, in addition to Keno on the left, and Zaracho on the right. It was the formation against Flamengo. But there is scope for change. Ademir and Pavón entered the break, and striker Alan Kardec was also called.

There are six rounds left for Galo to close the current Brazilian. Will visit Fortaleza, then have Juventude (home), São Paulo (away), Botafogo (home), Cuiabá (home) and Corinthians (away).