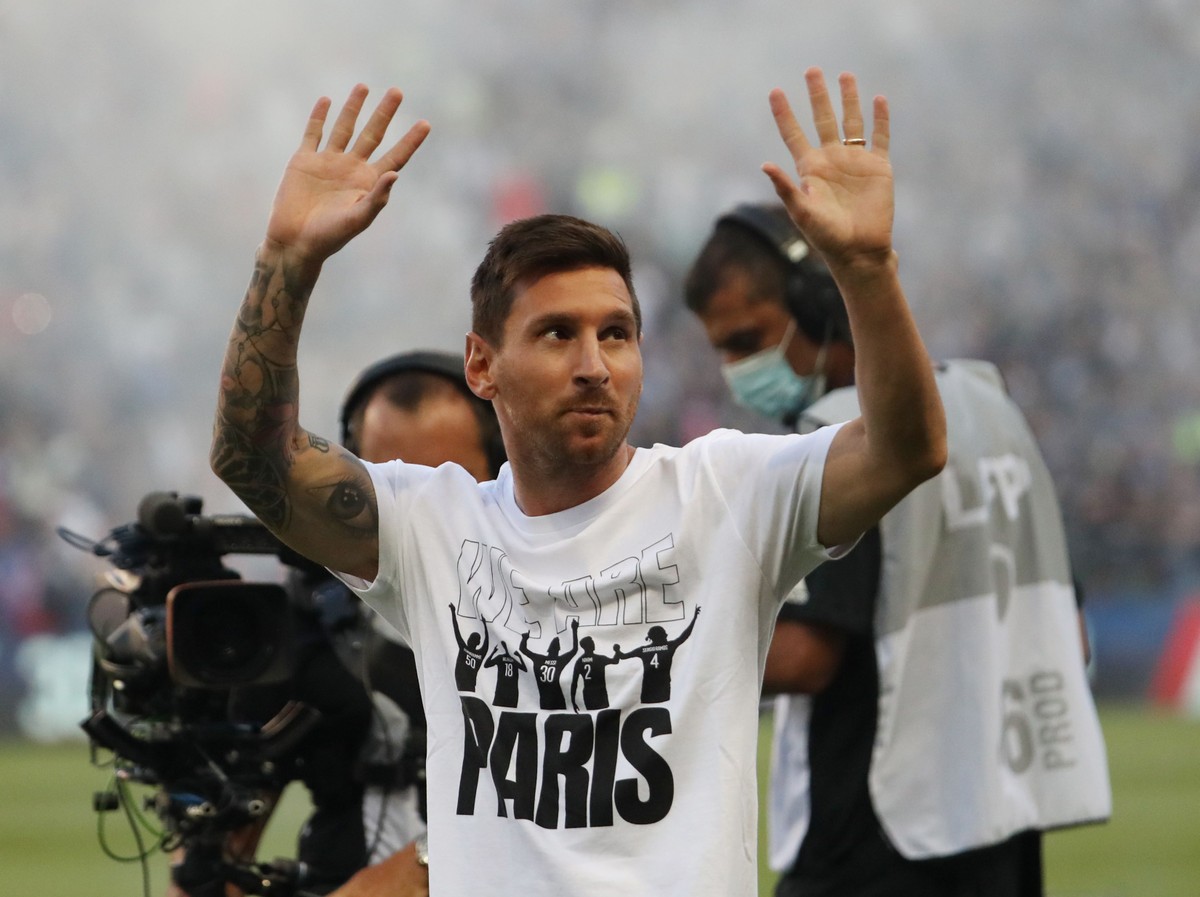 A partner and a group of Barcelona fans challenged this Tuesday, in the European Union justice, the legality of the transfer of Argentine striker Lionel Messi to Paris Saint-Germain.

The departure of the Argentine ace from the Spanish team, in August 2021, towards the Parisian club is the main question of the fans. According to them, PSG is owned by a Qatari investment fund that is considered “heterogeneous” in the application of UEFA rules.

The whistleblowers, defended by the Franco-Spanish lawyer Juan Branco, estimate that PSG was only able to carry out the signing due to the postponement in France of the application of UEFA’s financial fair-play (to May 2023), which they consider to be state aid.

Messi is introduced to the crowd on the pitch at Parque dos Principes before PSG vs Strasbourg – Photo: REUTERS

According to the accusers, these same rules that already applied in Spain forced Barcelona to part with Messieffectively creating “a distortion of competition which PSG took advantage of”.

According to Juan Branco, the European Commission should investigate the alleged state aid, but the complaint was rejected. Faced with this, Barcelona fans turned to the Court of the European Union, based in Luxembourg.

At this morning’s hearing, Branco denounced progressive funding of football and control over the governance of the sport left to UEFA, a private law body based in Switzerland.

“Fans and European citizens have no right to intervene,” laments the lawyer.

Bruno Stromsky of the Commission’s legal service rejected these arguments. He points out that there is no judicial review or possible recourse against the European Executive’s decision not to investigate.

— The disparities that the applicants complain about do not show state aid. Barcelona itself did not file a complaint and there is a risk of the right to State aid being exploited,” concluded Stromsky.

The decision of the Court of the European Union does not have a deadline to come out and can take several months.

PSG’s last game with Messi was against Benfica, in the Champions League – Photo: AFP

Previous Cara Delevingne speaks for the first time after appearing disoriented on video: ‘Thanks for the support’
Next Microsoft responds brutally to UK antitrust, which cites Sony 57 times and consumers only 10