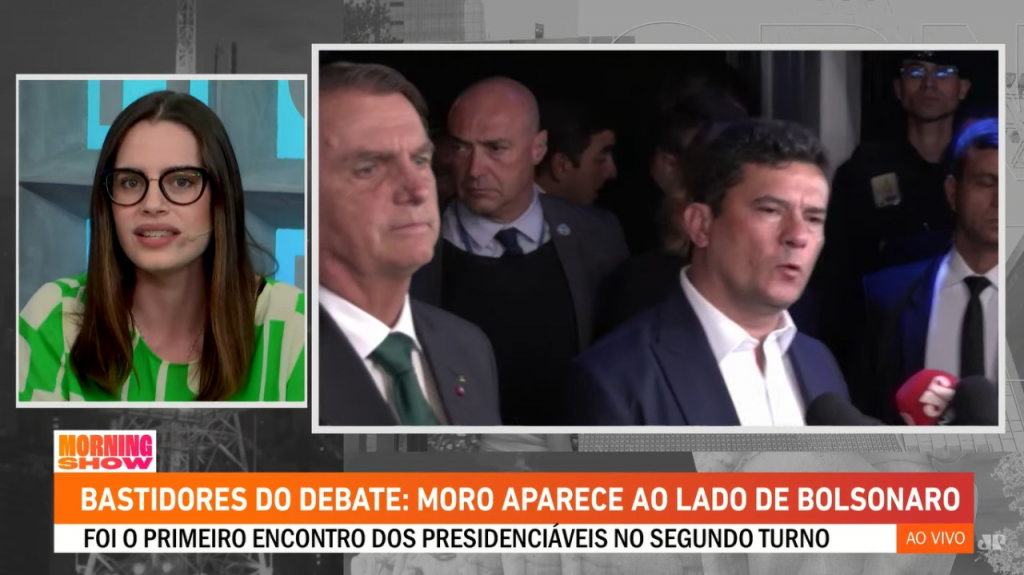 ‘Bolsonaro was the protagonist, he left the best for last’, says Zoe Martínez about presidential debate

During the Morning Show program, the commentator praised the rapprochement between the current president and former minister Sergio Moro: ‘Attracts votes from Lavajatistas’

Last Sunday’s presidential debate between Luiz Inácio Lula da Silva and Jair Bolsonaro was on the program morning show this Monday, 17. The commentator Zoe Martínez evaluated the performance of the presidential candidates and drew attention to the Sergio Moro as an ally of Bolsonaro. “What we have to see now is who managed to reverse the vote in this debate. In this case, I think it was Bolsonaro for two reasons, the first being that he took Moro. This attracts votes he lost from Lavajatistas. It’s a smart game that Bolsonaro’s team played by putting Moro there,” he said. “Bolsonaro managed to remain calm, serene, he conveys this image to people that Bolsonaro has his moments of speaking louder, being more incisive, but there is also a calm Bolsonaro, who actually wants to dialogue with his opponent. ”

As for former President Lula, Martínez criticized the absence of proposals and names for a possible term. “I saw the usual Lula. I saw a man, a liar, he lies that he doesn’t even feel. Once again we didn’t hear any government plan, any objective of what Lula wants to put into practice if he reaches the government. It showed nothing, no idea to improve the country,” he said. The commentator compared PT’s performance in relation to the first and second blocks of direct confrontations. According to her, Lula took the lead, but lost the lead in the end, when Bolsonaro spoke for about 5 minutes alone. “In the first block, Bolsonaro allowed himself to be guided. I was annoyed by that, he let it be driven. Lula guided the first block of the debate. He only attacked Bolsonaro, who had to defend himself. Bolsonaro was the protagonist, he left the best for last.”

Previous You can RELEASE up to BRL 5,000 on your card TODAY
Next Ra makes a sign of support for Lula at the Ballon d’Or award in Paris