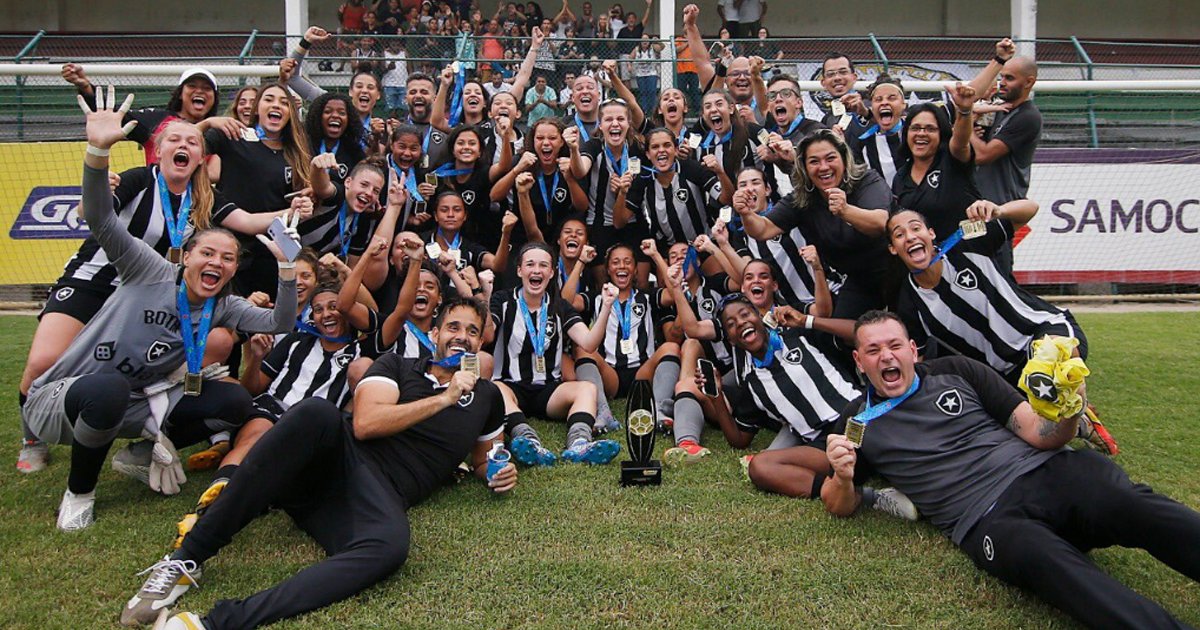 THEY ARE THE GLORIOUS! With a goal in stoppage time, the Botafogo won the Fluminense 2-1 this Tuesday (10/18), in Laranjeiras, and won for the first time in its history the title of Under-20 Women’s Carioca Championship. The black-and-white girls did well inside their rival’s headquarters.

Botafogo opened the scoring early on: Emily slipped in, Isa Rangel invaded the area and was knocked down by Alice Santos. The same Isa Rangel took the penalty with force in the middle of the goal and made it 1 to 0. Fluminense, however, equalized in the initial stage, at 38, in a free-kick scored by Hello.

In the second half, the game was very balanced, with both teams respecting each other. Fluminense even put a ball on the post in the 20th minute, with Helô. But the Gloriosas did not give up and got the title goal in the 45th minute: Gaby Louvain launched, Emilly Scaramelo dominated and touched the exit of the goalkeeper, making Fogão 2 to 1.