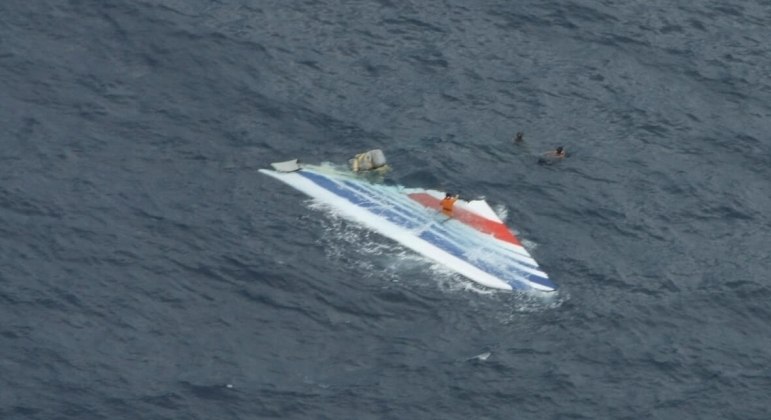 Cabin audio reveals pilots’ despair before the tragedy of the Rio-Paris flight: ‘We tried everything’ – News

The audio recording of the black boxes of the Rio-Paris flight, which crashed into the sea in 2009, killing all 228 people on board, was released this Monday (17) during the lawsuit by the manufacturer, Airbus, and the airline, Air France, in a Paris courtroom –– an extremely powerful moment for the victims’ family and friends.

“We hear the voices from beyond the grave”, declared Alain Jakubowicz, one of the lawyers of the association Entraide et Solidarité AF447 (Cooperation and Solidarity AF447). “It was a terrifying moment because we heard the pilots, who at various points (say), ‘We tried everything’. They didn’t understand what was about to happen.”

The last four minutes of the cockpit voice recorder (CVR), which memorizes the pilots’ voice and cockpit noise, were released without the presence of either the public or the press.

Only magistrates, court secretaries and lawyers, civil parties and staff of the accused were allowed to enter the courtroom of the Paris correctional court.

Everyone had to turn off their phones and put them in a plastic bag to avoid any external disclosure of the recording.

This broadcast was requested by the civil parties, according to which hearing the voice of the pilots was “absolutely indispensable” for the “search for the truth”.

Alain Jakubowicz reported that next to the cabin, where the passengers were, so “we all had in mind a terrifying scenario, in the style of Hollywood movies”, but “that’s not what happened”.

“For the victims’ families, it was very important. Many people were asleep, they were awakened by the death,” he added.

In front of the room, the civil parts were stunned and emotional.

“I dreaded this moment and it was even stronger than I could have imagined,” reacted Corinne Soulas, whose daughter died in the accident. “The pilots were lost, they didn’t know what awaited them, they were in total incomprehension”.

Ophélie Toulliou, who lost her brother, said she heard from three pilots “who faced a situation that they didn’t understand and that completely overcame them, people who showed extraordinary cold blood and who we heard fight until the end”.

“Listening to the audio of the flight was an extremely powerful moment for everyone present,” said an Airbus spokesperson. “We join in the suffering of those close to the pilots and victims, relived by listening to this recording.”

That night, at high altitude, the pilots of the A330 were surprised by the freezing of the Pitot probes, which serve to measure the plane’s speed, causing the automatic pilot to suddenly turn off. They were unable to stabilize the aircraft.

On Monday morning, the court watched two Airbus videos, one of them describing the maneuvers the pilots should have carried out to control the situation. The videos were considered by the civil parties as worthy of an “ideal world” rather than “reality”.

In the afternoon, the manufacturer’s defense, which refutes any criminal sanction, questioned experts from the first collegiate in charge of instruction on piloting rules, the attitude of the crew in the face of weather conditions, the fact that the co-pilot, “the least experienced”, was in charge…

“For you, did the crew identify the breakdown?”, asked Simon Ndiaye.

The pilots had been trained in a procedure in case the speeds were not “consistent with each other”; but this time there was no data on “speed at all”, explained the expert.

“There was a kind of bewilderment, as the elements they had didn’t match the mental image” of what they had learned, he described.

Airbus’ second board questioned whether resistance to the surprise effect is part of pilot recruitment criteria.

“Among the military, yes, but among civilian pilots, no,” replied the expert. For the latter, “the fundamental criterion is respect for procedures”.

Previous Samsung mobile: best options to invest in Black Friday 2022
Next Brazil is responsible for the biggest box office of ‘A Mulher Rei’ outside the United States