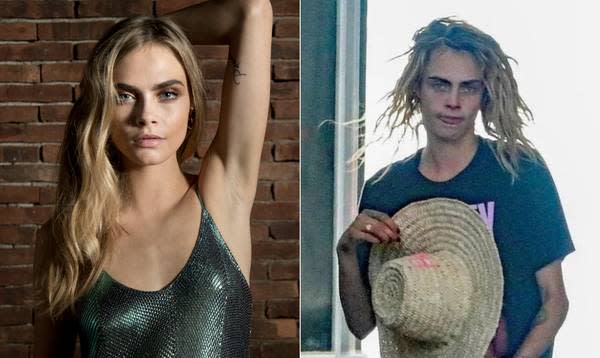 Cara Delevingne speaks for the first time after appearing disoriented on video: ‘Thanks for the support’

Actress and model Cara Delevingne used her Twitter profile to thank fans for their support in the delicate moment in which she lives. “Thank you all for your effort and support,” she wrote along with a message from Molly Knight, author of “The Long Game,” about mental health in baseball. “I’d like to tell you about Cara Delevingne. When we at @HollywoodFoodCo were wondering how we would keep our doors open to feed hundreds of homeless community members every night at the height of the pandemic, Cara discreetly wrote a large check. She has always spoken openly about her mental health struggles in the past. Dude, I wish you all the best. Just stay with us. You are a light in this world. We love you,” Molly posted.

Cara caught the attention of those passing through the Van Nuys airport in Los Angeles, California, on Monday, August 5th. With disheveled hair, jogger pants and a Britney Spears T-shirt, the young woman walked barefoot (wearing only a pair of colored socks) outside the venue, while exhibiting disturbed behavior.

According to the Daily Mail, the British would have delayed two hours for a flight in Jay-Z’s private plane and, 45 minutes after boarding, returned to the runway. Then Cara was caught smoking and talking nervously on the phone, which she dropped several times. Videos of the moment were posted on social media.

Understand: What is Avril Lavigne’s disease?

This is not the first time that the artist has shown to be experiencing health problems. Last week, she was seen smoking a pipe alone in her car. In 2015, she admitted to having used drugs at the beginning of her modeling career, but without going “in depth”, and revealed that her mother, Pandora, has suffered from heroin addiction.

“This situation has been going on for a few weeks now, and now Cara’s family is involved. We’re talking about doing some kind of intervention, to make sure she gets the help she needs.”

Guns N ‘Roses: between criticism and reverence, Axl Rose becomes the talk of the night at Rock in Rio

Sunset Stage: ‘I wanted to be Avril Lavigne as a teenager’ says singer Jão

Fans also expressed concern about the model on the internet. “My heart goes out to Cara Delevigne. Mental health is very important. I hope she is doing well and I hope she gets some help,” one Twitter user shared.

“Just watched Cara Delevingne’s video and it made me sad. Poor girl is struggling heavily with addiction. The comments, as expected, revolting. Clearly made by people who have never had the misfortune to face it,” wrote one. internet user.

Another person posted a before and after of the actress, with the message: “Cara Delevingne is (or was, I don’t know) one of the highest paid models in the WORLD. Sad situation to see her lose herself to drugs. no, but doors open too easily for an addiction to develop. Don’t use drugs, take care..”

A source close to Cara Delevingne, however, justified to the Daily Mail the young woman’s appearance in the clicks made at the airport: . “She had just spent days in the desert, not eating much and looked disheveled because she still hadn’t had time to wash up,” he said, recalling that the famous was at the Burning Man festival, which takes place in the middle of the Nevada desert for nine days.

“Her friends get worried about her usually after some erratic behavior, but she has a good group around her. Her sister was at the festival with her. She wasn’t alone and she protected her.”