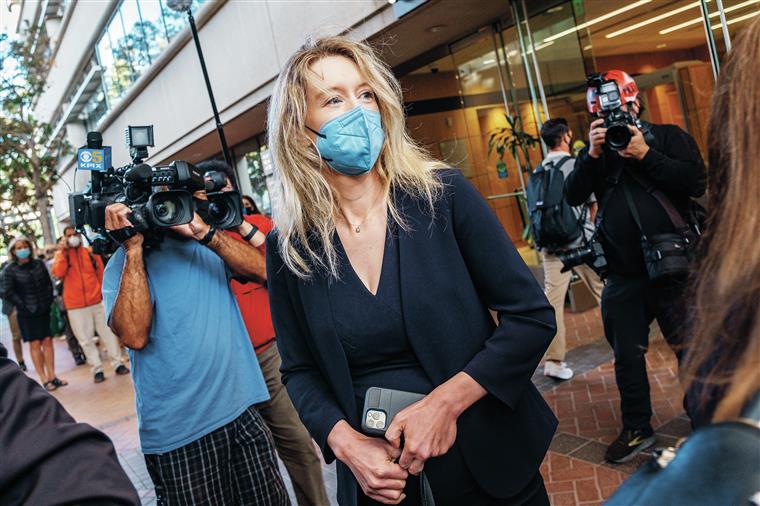 
“That fewer people have to say goodbye too soon to the people they love”, was his “mantra”. Many called her heroin; others “the Steve Jobs woman”. She promised affordable health for all by creating a machine, called Edison, that would allow her to do something never before achieved – prevent diseases like cancer. With her mesmerizing, almost sky-blue eyes, a persuasive speech combined with her unmeasured ambition, in 2015, Elizabeth Holmes was considered by Forbes magazine one of the 100 most influential people in the world, having even become the youngest multimillionaire woman in Silicon Valley. , a region of California that is home to many global tech start-ups and companies such as Apple, Facebook and Google.

But, as the saying goes, “when the alms are large, the poor suspect”. And what Theranos – the result of a mix between Therapy and Diagnosis –, the start-up founded by Holmes in 2003 (when he was just 19 years old), promised seemed too good to be true. The young businesswoman announced a “revolution in the diagnostic test market”, thus revolutionizing medicine. With just a few drops of blood (and no needles), the company claimed to be able to perform dozens of tests (officially it would be 120, but several American media outlets guarantee that the number can reach up to 250), from diabetes and cholesterol to cancer prevention. This through a machine nicknamed Edison. That is, the idea was for people to take monthly tests to regularly monitor their health in order to recognize and prevent illness, not just intervene when they were already clearly ill. Any US citizen could self-diagnose at home, without any health insurance.

The Rise of Holmes

What is curious is that despite not having shown much, Holmes was, in a short time, elevated to the Olympus of Silicon Valley. Much because of her family background: the businesswoman is the daughter of Christian Rasmus Holmes IV, who was vice president of Enron, an energy company that later went bankrupt due to a scandal involving fraud. She later held executive positions in government agencies such as the United States Agency for International Development. Elisabeth arrived at Stanford University as a chemical engineering student, but did not finish the course, dedicating herself to the creation of Theranos.

Theranos received over the years around $700 million in investment funds for Edison, and was valued by analysts at $9 billion. By owning 50% of the company’s shares, Holmes became the youngest multimillionaire in the world, with a fortune, according to Forbes, estimated at 4.5 billion dollars. Influential investors included George Schultz and Henry Kissinger, both former US secretaries of state; the Waltons, owners of the Walmart supermarket chain and the richest family in the country; the family of former US education secretary Betsy DeVos – with an investment of 100 million dollars – and the American press mogul Rupert Murdoch, who invested 125 million.

But from an early age several things didn’t seem right with Holmes. The “new Steve Jobs” imitated the Apple founder’s style and work method and, according to former employees, even tried to change his voice in order to gain “more credibility”. As soon as she created the company, she was advised to adopt an all-black style, just like Jobs. He was on a diet of vegetable juices just like the businessman and even hired the same advertising company as Apple and some former employees of the brand. One of them even revealed – in a book entitled Bad Blood – Billionaire Fraud in Silicon Valley, written by reporter John Correyrou – that the businesswoman forced her employees to read Steve Jobs’ biography and that they easily identified which chapter he was in. , “based on the period of Jobs’ career he was representing”. Two years after founding the fraudulent company, evidence and multiple accusations of fraud in the alleged revolutionary blood test process began to emerge.

According to The Times, the scenario really changed after reporter John Carreyrou, from The Wall Street Journal, published a series of reports that pointed out numerous inaccuracies in the techniques applied by the company. According to Carreyrou’s revelations, the company was not only governed by fraudulent principles but also had a record of inaccurate test results related to HIV, cancer and even miscarriages. That is, in addition to Holmes not having the technology he claimed to have, he was using equipment from other companies to carry out his tests and misleading investors. The scandal attracted the attention of the authorities, who opened an investigation to investigate the company.

The accusations eventually reached the US court in 2018, but it was only in January of this year that the first “end of the case” emerged, with the company’s regulator banning blood tests and then dissolution. At the time, the jury found Elizabeth Holmes guilty of four of the 11 cases of fraud and conspiracy she had been charged with, with a possible sentence of 20 years in prison.

According to The Guardian, in the year that Theranos was dissolved, the businesswoman and her partner, Ramesh Balwani – who was also the company’s president and chief operating officer – were arrested for fraud and accused of creating “a multimillion-dollar scheme.” to deceive investors, healthcare professionals and patients who were paying for the tests.” Holmes was charged with ten counts of electronic fraud and two counts of conspiracy to commit electronic fraud.

The trial was initially postponed because of the covid-19 pandemic and later due to the businesswoman’s pregnancy – her son was born in July this year. In 2019, Holmes was released on bail and married 27-year-old Billy Evans, heir to the Evans Hotel Group hotel chain.

Theranos founder, who is on bail, should have heard the sentence yesterday. However, the day before, she requested a new trial after a witness, Adam Rosendorff, the former director of the company’s laboratory, expressed his regret for the role he played in the conviction of the former employer.

According to the Guardian, which cites a September document on the incident, Rosendorff said he “tried to answer questions honestly but that prosecutors tried to make everyone look bad” and now feels he “did something wrong”. The judge in the Theranos case said it was “unusual” for a witness to show up at a defendant’s home after a trial, CNN reported. “I’ve never seen a case where that happened,” he revealed, giving Holmes an online audience to consider the new evidence.

Despite the regret, Rosendorff later made a statement to prosecutors stating that he stands by his testimony “in all respects”: “However, I feel compassion for Holmes and Balwani, and even more for the members of their families who were not responsible for for their conduct, but will be affected by the punishment they may receive,” he wrote.

If the verdict is upheld, Holmes will be sentenced between November and December. She could face 20 years in prison, a fine of $250,000, plus a refund of all monies she received.

In April, the Disney + platform launched the series The Dropout: The Story of a Fraud, immortalizing its history. The production is carried out by actress Amanda Seyfried.

Previous Russia causes Ukraine to cut electricity and water, raises nuclear tensions
Next With three rounds to go in Serie B, Vasco can stamp access at home