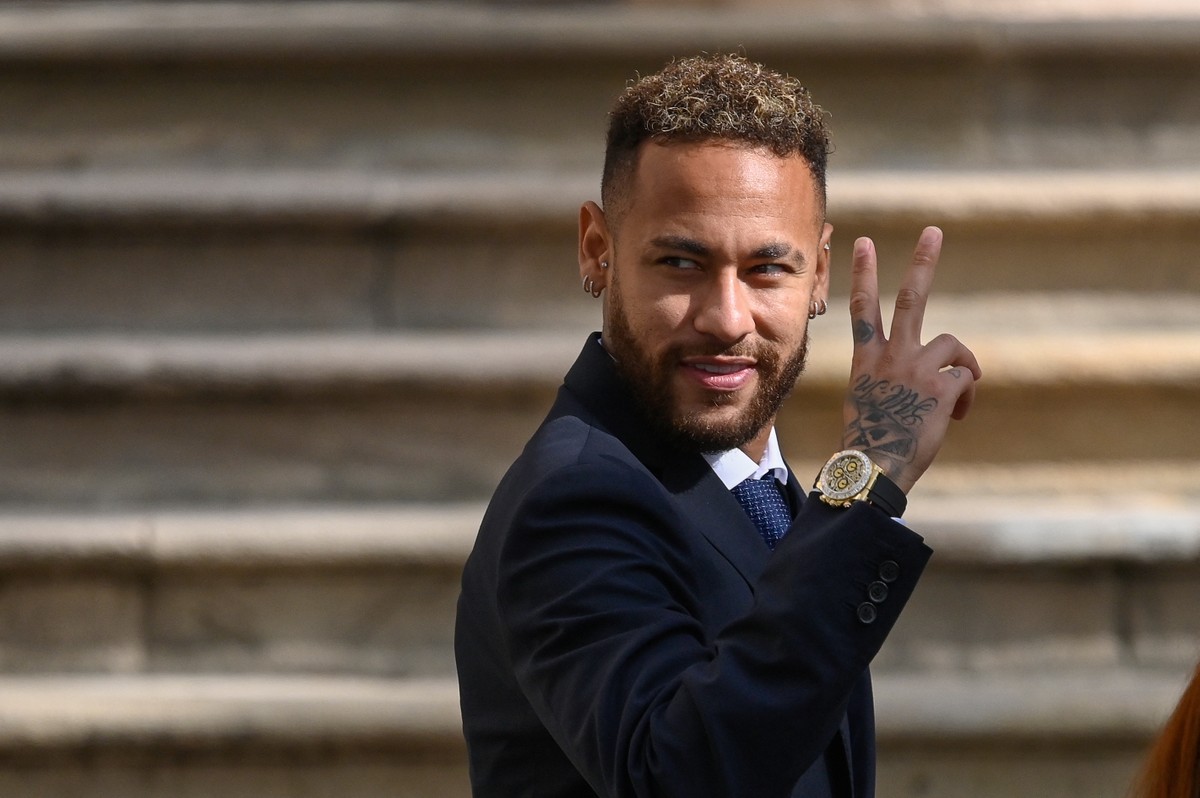 The DIS lawsuit in the Spanish court involving the transfer of Neymar to Barcelona in 2013 led Real Madrid president Florentino Pérez to testify in court. The Spanish club’s agent confirmed in the morning that Real had made a proposal for the player of 45 million euros (R$ 234 million currently) – and a different version was told by agent André Cury hours later.

+ In testimony, Neymar says that his father took care of the trip to Barcelona: “I sign everything he says”

While Florentino Pérez testified in the morning, via a video call, the agent, who was something of a scout for Barça in Brazil, was in court in the afternoon. Then, he stated that the amounts that Real would pay for Neymar would reach 150 million euros (R$781 million currently).

The Spanish press, however, claims that Cury referred to the total cost of the operation, which would involve the payment to Santos, Neymar’s salary, the commission for the player’s father and a fine of 40 million (R$ 208 million) that he would need. be paid to Barça for the termination of a pre-agreement.

In the morning, Florentino Pérez stated that he did not participate directly in the attempt to sign Neymar.

– He was aware of the interest in Real Madrid’s sporting direction. Do not participate in any trading. In 2011, Real Madrid made an offer to Santos for Neymar. I think it was 45 million euros. It is the only offer that is in Real Madrid’s archives – said Florentino Pérez in the deposition.

Neymar returned to court in Barcelona a day after being excused by the judge from following the entire trial because of his commitments as an athlete. He was the first to speak this Tuesday and opened by thanking him for the dismissal the day before. Afterwards, he was asked about an agreement signed with Barça in November 2011, and indicated that he “signs everything” that his father and manager sends him.

Then, it was Neymar’s father’s turn to be called upon to speak. He confirmed the version given by the player, of whom he is also a manager. Neymar Sr. stated that his son “always cared about playing football” and “always trusted” in the management of his rights.

Neymar’s father was later asked about the purpose of the company NN Consultoria and when Santos’ percentage was changed in relation to the player’s rights. He assured that Neymar never received anything for the agreement with Barcelona in 2011 and explained the letter of release from the Brazilian club to negotiate with teams in Europe.

The Brazilian star, in addition to his parents and directors of the Catalan club, are accused by the company DIS and the Spanish Public Ministry of a series of tax crimes related to their transfer from Santos to Barcelona in 2013. The charges call for Neymar’s arrest and fines for all involved.

The case began on Monday and will continue until October 31. Neymar’s defense denies the allegations and argues that a Spanish court should not be able to judge something that in Brazil – where the contract was signed – is not considered a crime.

Neymar and his father arrive in court in Barcelona – Photo: Josep Lago/AFP

The sale of Neymar by Santos to Barcelona was announced in May 2013 for 17.1 million euros. This was the amount paid by the Catalan club to the Brazilian. DIS owned 40% of the athlete’s economic rights, a business modality that was allowed at the time and was banned by FIFA in 2016. For this slice, the company received 6.84 million euros.

This amount included payments for friendlies to be played by Barcelona and Santos, preemptive rights for young athletes from the Santos base, agreements between Barcelona and the Instituto Neymar Jr Foundation, image rights, gloves for Neymar and commissions for agents.

In the lawsuit that started to be judged this Monday, DIS argues that these were maneuvers made to reduce the value of its share of the business.

– Neymar’s rights were not sold to the highest bidder. Neymar, his parents and the directors of the two clubs betrayed the trust of the Sonda brothers, who invested in the player – declared the company’s lawyer, Paulo Nasser, at a press conference held in Spain last Friday.

DIS bought 40% of Neymar’s rights in 2009, when he was 17, for €2 million. If the negotiation between the two clubs – without the other contracts – had been closed at 86.2 million euros, the company would have invoiced 34.5 million euros.

The accusation against the player, his relatives and the directors is of “private corruption”, a crime that only came into existence in Spain in 2014. And that until today does not exist in the Brazilian Penal Code.

This is Neymar’s main line of defense. It is the argument of the lawyers hired by the player and his family to defend them.

Previous “Caminho ao vivo”: Juliette will release audiovisual of her debut show
Next iOS 16.1, iPadOS 16.1 and macOS Ventura 13 will arrive on 10/24