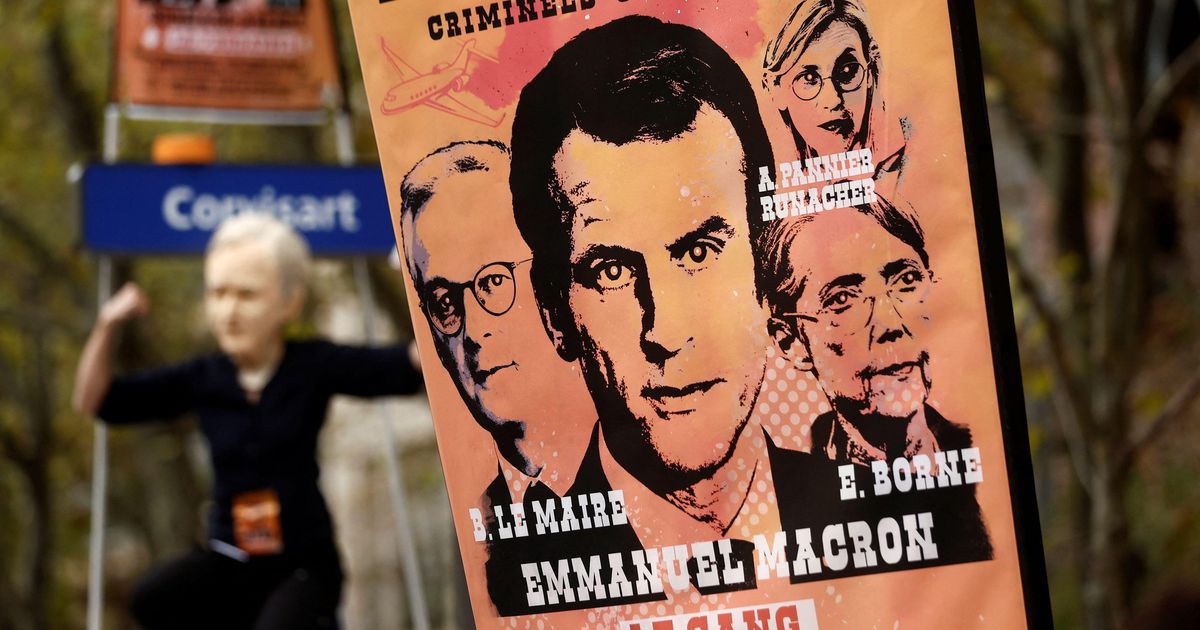 PARIS – What started with strikes in refineries and nuclear plants for salary increasesarrived this Tuesday, 18, at the transport sector in Franceparalyzing the country and imposing a strong challenge to the president Emmanuel Macron which already finds itself in the midst of an arm wrestling match with its Parliament.

Workers demand a salary increase in line with inflation and denounce the government’s response to the stoppage at refineries. In response, the country’s four main trade unions called on students, civil servants, traders, energy and transport workers to strike.

“We ask for a minimum wage of 2,000 euros (R$ 10,300), which is equivalent to an increase of 300 euros (R$ 1,556)”, said the secretary general of the CGT union, Philippe Martinez, on the radio. RTLstill advocating a readjustment according to inflation.

France, the second largest economy in the European Union (EU)recorded in September the lowest harmonized inflation rate in the euro zone, 6.2%, below other economies such as Germany (10.9%), Italy (9.5%) and Spain (9.3%), according to Eurostat.

But the social climate is tense. The fear of losing purchasing power was the main concern of the French during the last election cycle from April to June and the appeal to save energy to avoid blackouts in winter makes the environment even more hostile.

When France was starting to turn the page on the pandemic, the Russia invaded Ukrainewhich, along with Moscow’s response to Western sanctions, has sent energy and food prices soaring.

With the experience of the yellow vest social protest, whose trigger in 2018 was the rise in fuel prices, the Macron government quickly approved measures to limit the rise in energy prices. But the last straw for the unions was when the government asked strikers at the TotalEnergies refinery to alleviate shortages at gas stations.

In addition to the salary increase, the strikers are calling for a better distribution of the profits made by the energy giant, which raised more than $10 billion in the first half of 2022, a demand that more than half of French people understand.

By refusing to tax these super-profits at the national level, “Macron has placed the government in the camp of the big bosses, in total disconnection from a large part of the French who suffer from inflation every day”, according to an editorial in the newspaper. release.

The impacts of the strike on transport were already felt in the early hours of the morning by the French, who were faced with an exercise in patience to go to work. “I usually take an hour and a half. Today I will have two or three ahead of me”, said Yera Diallo when waiting for the train at Gare de Lyonin Paris.

In toulouse, Frédéric Mercier Hadisyde, a 58-year-old engineer, arrived two hours earlier than usual to catch the train to the capital. “I was afraid of disturbances, so I organized. I sympathize with them, I understand them,” he confessed.

Many bus and train trips were cancelled, but the scene at Paris’ busy Saint-Lazare train station didn’t seem any more hectic than usual. If anything, the rail staff on hand to answer questions outnumbered passengers.

Bruno Verlay left the house three hours earlier than usual to make sure he was on time for his security work in the city’s financial district. But in the end, he found the journey smooth. “I’m so used to strikes,” said Verlay, 58, “that I’m immune.”

However, according to an Elabe poll, 49% of French people disapprove of the strike, which in the transport sector could be prolonged, the CGT union said on Tuesday, just days before the start, on Friday, of two weeks of school holidays in France, which could affect the country’s tourism sector.

The escalating strike came on the heels of a massive march against rising cost of living held in Paris on Sunday and pressure increases on Macon’s government, which is already in trouble in Parliament, where opposition parties refuse to pass the budget.

Macron is now struggling to calm tempers on three different fronts: in factories, on the streets and in parliament, before it all escalates into a major episode of social unrest. That could threaten his agenda, including plans for a controversial pension reform, as he seeks direction for his new term.

Strikes that began at refineries across the country left more than a quarter of pumps in France fully or partially dry. Although Macron promised that the situation would return to normal this week, with his government issuing orders back to work, queues at gas stations around Paris continued on Tuesday, adding to frustration among drivers and other passengers.

The strike coincides with efforts this week by the Macron government to get its budget through parliament. The last legislative elections in June left Macron without an absolute majority in the National Assembly, the most powerful house in Parliament.

Lawmakers are threatening to vote against the spending bill. Therefore, the Macron government will likely use special constitutional powers to pass it without a vote. Olivier Véran, a government spokesman, said he would “probably” do so on Wednesday.

Étienne Ollion, a sociologist at the Polytechnique school of engineering who specializes in French parliamentary life, said the mechanism, permitted by Article 49.3 of France’s 1958 Constitution, was “a somewhat authoritarian measure.” While the mechanism has been used 60 times since its introduction, he said, Macron’s lack of a parliamentary majority and the current climate of social unrest could make it a more delicate move.

“It could affect mobilisations,” Ollion said, adding that protesters might see such a move as “an attempt to avoid confronting the reality of the situation, which is one of the political difficulties.”

With this measure, the president runs the risk of reinforcing his authoritarian image, despite having promised to change after his re-election in April, and further tensioning the atmosphere before the arrival of the controversial pension reform in early 2023. from 62 to 65 years that Macron wants to implement collides with the frontal opposition of the unions, including the reformist CFDT, and the opposition of the left and the extreme right.

His first attempt in 2019 and 2020 also sparked massive street protests, but the 44-year-old leader, who has made this reform one of his workhorses, has even threatened to dissolve the Assembly and call new elections if it is not passed now.

Using these constitutional powers would also allow opposition members to file no-confidence motions, which left and far-right groups in parliament have already promised to do.

But Ollion says the risk of a government collapse is relatively limited, because the main centre-right opposition seems reluctant to participate in a no-confidence motion and because the left and far right seem unwilling to support each other.AP, AFP, EFE and NYT

Previous Woman is run over and pulled by her hair by her ex-partner; security camera captures the attacks
Next Gwyneth Paltrow opens up about divorce from Chris Martin: ‘I consider it a huge failure’