The South Korean cult has been in the spotlight since it emerged that the man who killed Abe was motivated by resentment against that church, which it accused of pressuring members to make large donations.

Even after Abe’s assassination, Prime Minister Fumio Kishida refused to open an investigation into the sect’s activities in Japan.

For the past two decades, a network of lawyers for former Unification Church members has urged the ruling Conservative Party to cut ties with the religious group. Shinzo Abe’s assassin, Tetsuya Yamagami, believed the former prime minister was close to the sect, which he accused of ruining his mother and destroying his family. 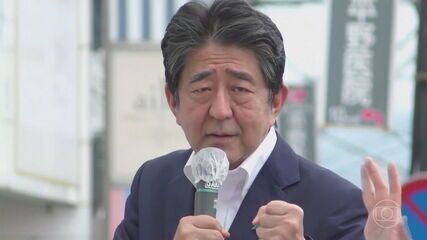 The sect, founded in South Korea in 1954 by Sun Myung Moon, has denied flaws in its actions, although several former members have publicly criticized its practices and revealed the organization’s ties to political figures. Moon’s anti-communist speech favored the cult’s approach to conservative politicians around the world, especially in Japan. Shinzo Abe’s grandfather, former prime minister Nobusuke Kishi, is said to have been a Moon sympathizer.

The allegations have increased Kishida’s unpopularity rate, which threatens his stay in office. The Japanese criticize the infiltration of religious groups in the government and demand the passage of a law that controls their activities. Half of the Conservative MPs, including several members of the current prime minister’s government, have ties to the Moon sect.

Since the 1960s, the Conservative Party has used the sect structure for election campaigns. In return, the church benefits from government tolerance to indoctrinate new followers and force them to donate their savings. According to the network of lawyers that denounced the church, the sect multiplied the scams to raise millions of yen each year.

The prime minister said on Monday that “many victims” of the church had fallen into poverty or faced family disintegration. “Efforts to help them are still insufficient,” he said, before announcing that “the government will exercise its right to investigate the church under the Religious Corporations Act.”

Keiko Nagaoka, Minister of Education, Culture, Sport, Science and Technology, told the press that, on Kishida’s orders, the investigation “will begin immediately”.

The investigation could lead to an order for the dissolution of the church, which would strip the congregation of tax-exempt religious organization status.

The government, however, is hesitant about whether to issue such an order against the Unification Church, citing concerns about religious freedom.