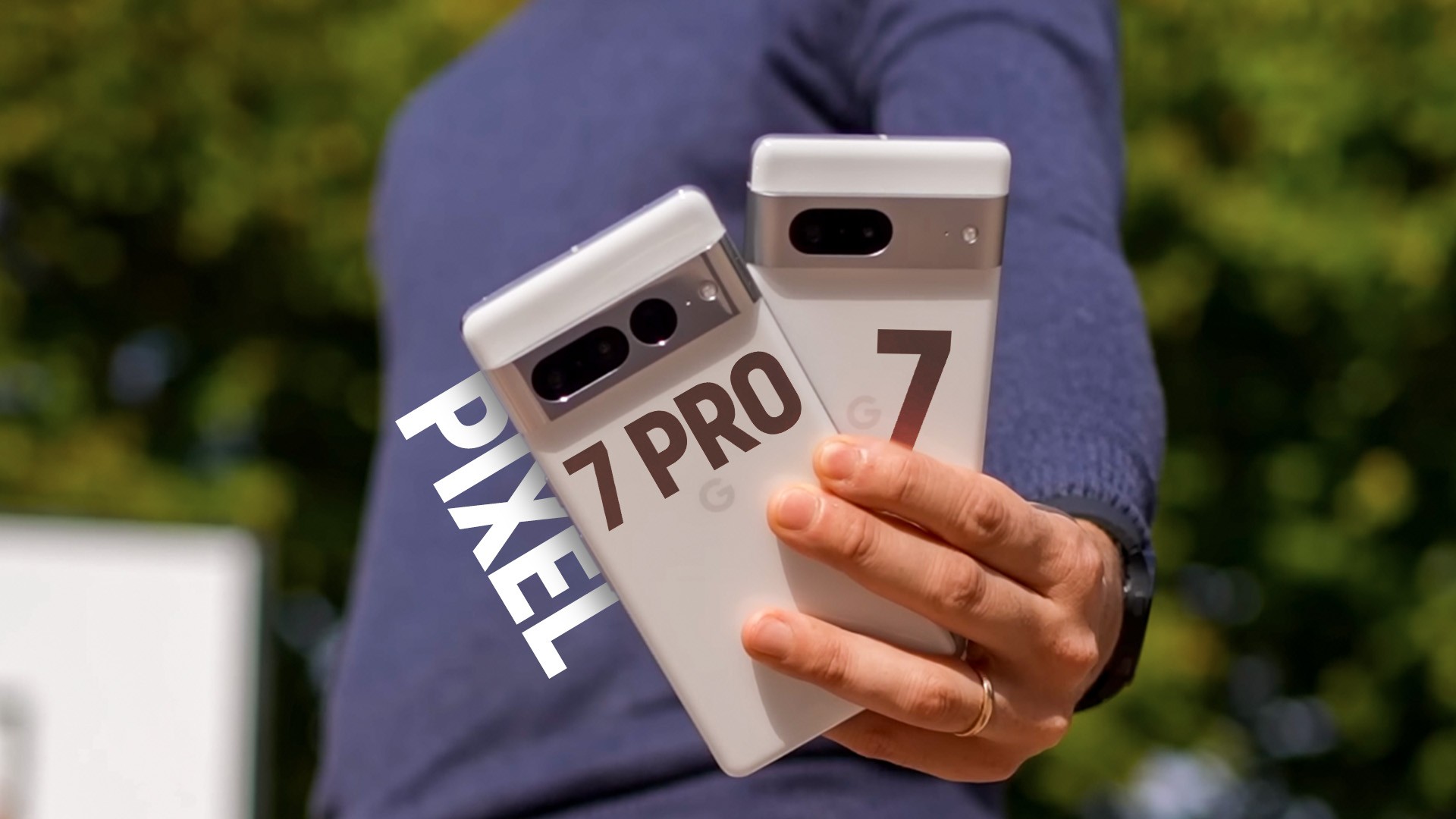 Google Pixel 7 and Pixel 7 Pro: the most leaked smartphones today have finally reached the international market with the proposal to continue being a reference to the Android market.

They have a lot in common, such as the design, some technical specifications and even the new Google Tensor G2 chipset. Want to know more? So come with us in another hands-on held in partnership with our Italian brothers from HdBlog.

Without further ado, scroll down or take a shortcut in the table of contents. 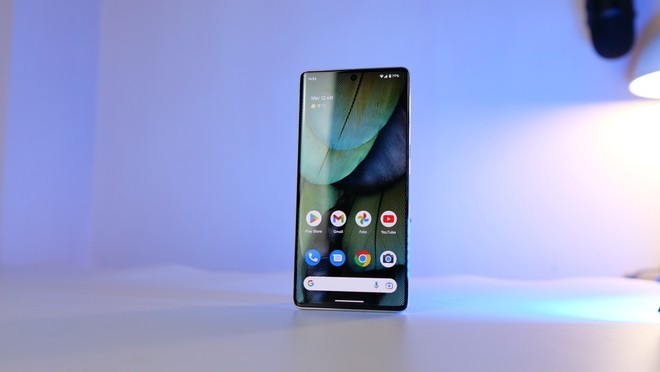 Starting with the design, Google decided to make small refinements in the aesthetic part of the Pixel 7 line. Therefore, we can say that both the standard model and its Pro brother bring the essence of the previous generation.

The biggest highlight is the camera module, which is now even more striking for having a different shade from the color of the device. A curious point, and worth mentioning, is that the Pixel 7 Pro now has less curved edges and its display is almost flat.

There is Gorilla Glass protection on both and the grip is good, something that allows you to hold the devices with one hand without much difficulty.

In the box of both we have the adapter cable, key for SIM chip, the smartphone itself, manuals and that’s it. Like other Android manufacturers, Google also dropped the idea of ​​delivering the charger in the box of its devices. 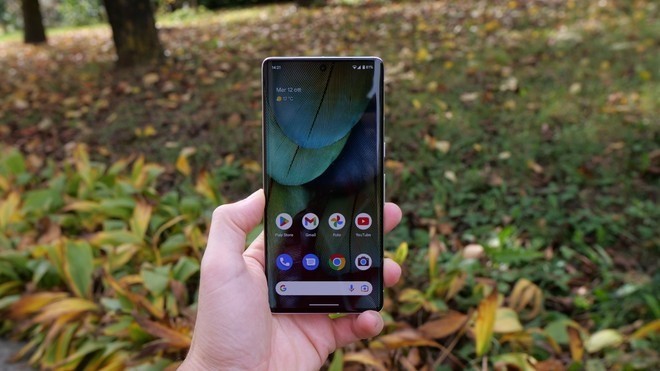 The new Pixel 7 Pro has an OLED display that now delivers up to 1,500 nits of maximum brightness, and the panel also has Quad HD resolution and LTPO technology for adaptive refresh rate ranging from 60 to 120 Hz.

On the other hand, the Pixel 7 has a brightness that reaches 1000 nits and supports a 90 Hz refresh rate, but don’t expect LTPO technology because this is something exclusive to the Pro model. Overall, the 6.3-inch display manages to deliver a good experience.

The two devices also offer balanced stereo sound and the highlight goes to the Pixel 7 Pro, which delivers intense volume and fuller audio. Last year’s problematic fingerprint sensor has given way to a much more efficient sensor, as recognition is almost instantaneous.

There is still facial recognition to “break the stick”, but it cannot be used to authorize payments. Now, when it comes to the Google Tensor G2 chipset, it has a new TPU dedicated to artificial intelligence that delivers good results in machine learning. Another important detail is that the Mali G78 GPU from the previous Tensor gave way to the Mali-G71 MP07.

As a result, what is most striking about the 2022 devices is that they seem to be more optimized and heat up less, but that doesn’t stop the frame rate and even performance from dropping in heavier games.

This shows that the changes Google made to the second-generation Tensor focus on energy efficiency. This results in an autonomy of up to five hours with active display on the Pixel 7 Pro, even though it has the Always on Display mode and Quad HD resolution as a great challenge.

The Pixel 7 reaches the same mark, even though its battery is only 4,355 mAh. Finally, both come with 30W fast wired charging, which delivers 50% battery life in about 30 minutes of power.

In addition, they also support wireless charging, being 20W for the Pixel 7 and 23W for the 7 Pro. 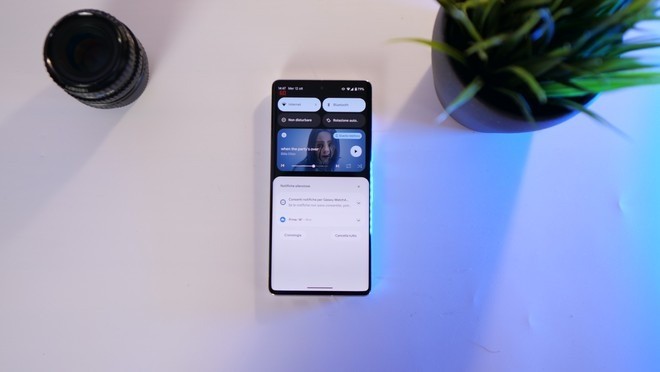 In the software field, both Google smartphones come out of the box with Android 13, but the Always on Display mode is still raw. The screen is a real mess and can become an Achilles heel for anyone looking to extend autonomy.

Anyway, Google promises support with major Android updates for up to three years plus a few additional years of security updates. As the software comes straight from the source, the Pixel line has its biggest attraction for enthusiasts of the little green robot system.

Android 13 of the Pixel line also brings a series of features that use Artificial Intelligence, such as active voice and dictation. Not to mention the functionality that allows you to recover blurred photos.

In general terms, the Pixel line system is clean, has good features and is still a reference for the Android audience. 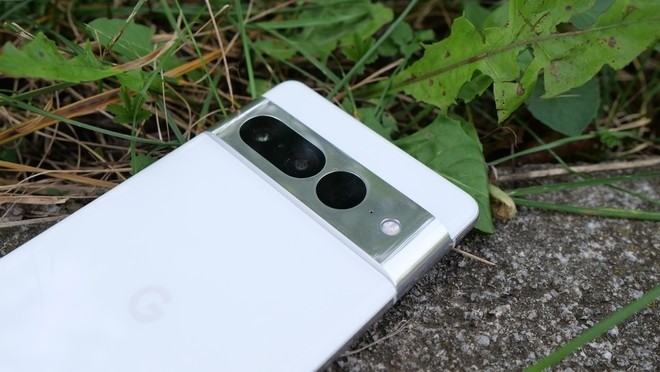 Starting with selfies, both bring a new 10.8 MP sensor that can record great photos in the most diverse scenarios, delivering above all realistic results.

The 50 MP rear main lens doesn’t bring anything special, as Google reused the sensors from last year’s devices. Of course, the final result of the photos shows very high quality in the records in well-lit environments.

The biggest news this year is for the Pixel 7 Pro’s 12 MP ultrawide sensor, as it is new and comes with autofocus. The telephoto lens has been tweaked and now allows up to five times optical zoom.

See some photos with the Pixel 7 Pro’s cameras and realize that the ultrawide sensor can be efficient in adverse environments, such as on cloudy days.

An important detail is that the Pixel 7 Pro delivers zoomed records without loss of quality, while the ultrawide lens also allows you to take macro photos, something that saved an unnecessary lens at the rear.

In night shots, this is where the new Pixel 7 and 7 Pro shine, with very high quality records even on the ultrawide lens.

The photos below are from the Pixel 7:

In general, the stabilization of the videos is good on both smartphones, including even the cinematic mode.

This is new this year and of course it was inspired by a well-known competitor. In short, there are still necessary adjustments, but it is a feature that manages to draw the attention of those who want to have a differential on their smartphone. 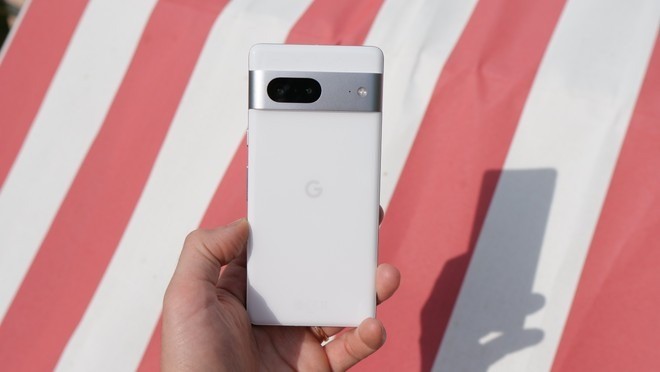 Are the Pixel 7 and 7 Pro worth it? We can say that those who have a Pixel 6 or 6 Pro don’t need to change their smartphone this year, since we have small adjustments compared to last year’s devices.

But that doesn’t mean the Pixel 7 line is bad. Far from it. They are reliable, good quality smartphones that carry the Google seal for good cameras and software.

However, the price of 899 euros may end up scaring off some potential users of the Pixel 7 Pro and certainly the Pixel 6 Pro can be a more rational choice in the field of value for money.

The Pixel 7, on the other hand, brings much more striking changes and manages to improve in several aspects compared to its predecessor. It may seem like little, but the front camera is better, the multimedia experience has evolved and the problem of the fingerprint sensor is a thing of the past.

That is, it is a much more attractive product for those who want to join the Pixel universe. The price of 649 euros is also more inviting in the old continent.

However, Google does not usually sell its smartphones in Brazil. Therefore, those interested in the Pixel 7 and 7 Pro will still need to resort to import.

What do you think of the new Pixel 7 and 7 Pro? Looking forward to the review? Tell us your opinion here in the comments.

Previous Arena do Atlético-MG will have a mural with the name of fans; work exceeds 85% | athletic-mg
Next Discussion, threats and insults: pilots fight just before landing in Buenos Aires – Prisma