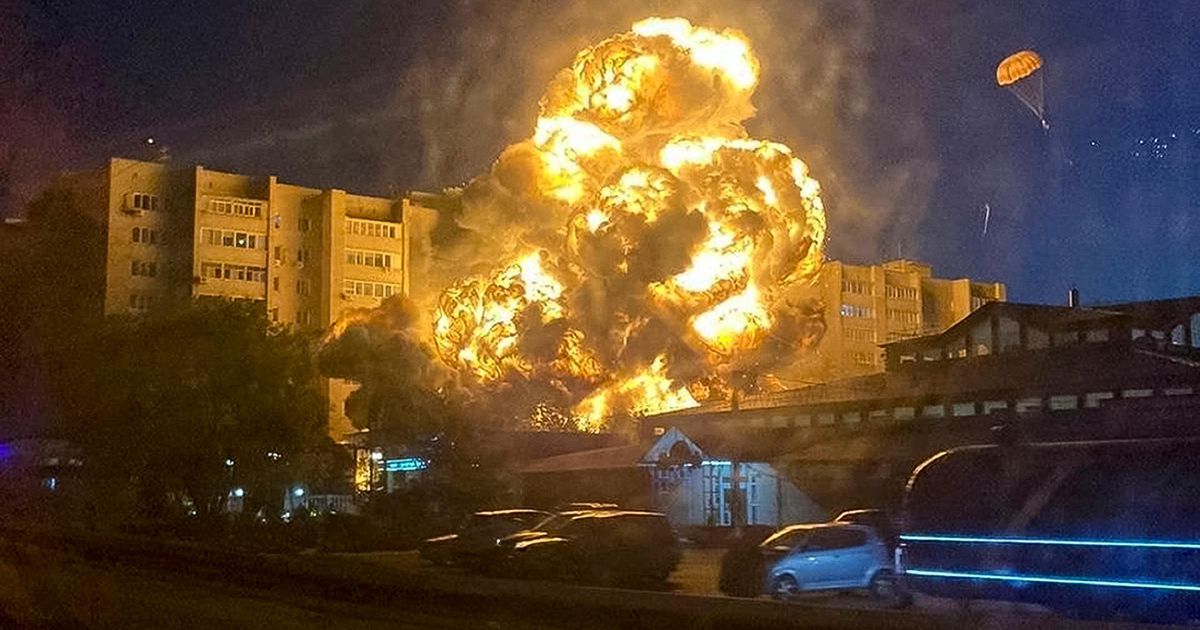 Plane crashes into building in Russian city near Ukraine, killing at least four

A fighter plane crashed and collided this Monday, 17, in a residential building in the city of Yeiskin the south of Russia and close to Ukraine, and at least four people died. The collision caused a fire on the upper floors of the nine-story building. About 25 people are injured and 6 are missing, according to Russian news agencies.

The Russian Defense Ministry said the two crew members of the aircraft were on a training mission and ejected safely before the collision. The crash was attributed by the ministry to an engine failure. “While ascending to carry out a training flight from the military airfield of the Southern Military District, a Su-34 aircraft crashed,” the ministry statement reads. “The cause of the aircraft crash was a fire in one of the engines during takeoff.”

The fire in the building was recorded by images posted on social media. Russian news agencies report that around 600 people lived there and will be relocated to hotels and guesthouses. Russian President Vladimir Putin sent the Ministers of Emergency and Health to the scene.

According to the Interfax news agency, the upper floors of the building collapsed and about 45 apartments were damaged. “The fire engulfed several floors at once,” regional governor Veniamin Kondratiev wrote earlier.

The city of Yeisk is located on the Sea of ​​Azov, opposite the Ukrainian city of Mariupol, devastated by bombing and a long siege in the first months of the Russian offensive. Russia’s State Investigative Committee, which deals with serious crimes, said it had opened a criminal case and sent investigators to the scene. /AP, AFP, EFE