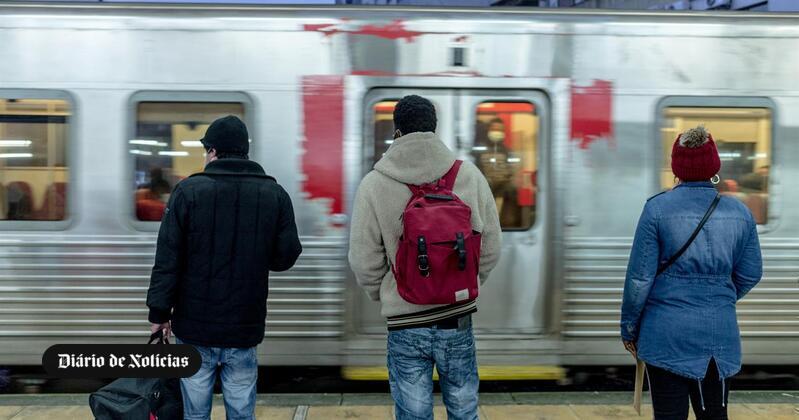 Portuguese population is poorer and falling behind

The first year of the pandemic affected all European countries, but it had a more negative impact on Portugal. Pordata’s data for the International Day of Poverty, marked this Monday, reveals that the number of people at risk of poverty or social exclusion increased by 12.5% ​​in 2020 compared to 2019, the first increase since 2014. rich are richer and the poor are poorer. Conclusion: we retreated. We are the 2nd country with more people living in poor material conditions.

“Portugal deviated from the poverty reduction path it had been following since 2014. In 2020 there was a worsening. Without social support, 4.4 million are poor or have incomes below the poverty threshold [554 euros mensais]which increases to 1.9 million after social transfers”, explains Luísa Loura, director of Pordata. The country is further away from the target to be reached by 2030 – 765,000 fewer poor people.

With regard to the risk of poverty or social exclusion, we dropped back to 2017 levels (43.7% against 43.5%), but the drop was greater in the poverty rate after social transfers and in the inequality in income distribution. Poverty affects 18.4% of the population after grants and the ratio between the poorest 20% and the richest 20% is 5.7. Social transfers include old-age and survivors’ pensions, as well as support for the family, education, housing, illness/disability, unemployment and the fight against social exclusion.

Compared to the other 26 countries of the European Union (EU), “Portugal has worsened its position”. Between 2019 and 2020, there are three indicators considered “key” in which it regressed: “the percentage of the population at risk of poverty or social exclusion, the at-risk-of-poverty rate and inequality in income distribution”. It is in the first third of the worst (8th place, slightly improving after social transfers (10th).

Portugal was the 2nd country, out of 27 in the EU, with more people living in poor conditions (25%) – one in four houses. And, in 2021, it was the 5th country with the most population unable to adequately heat their homes (16%). Six out of ten people with incomes below the poverty line are unable to meet an unexpected expense, which places the country in 13th place in the European Union.

Even so, those who live in Portugal seem to be able to do more with less. According to Pordata’s analysis, there are comparatively fewer people suffering from food deprivation. The country ranks second in terms of the poor who can afford a meal of meat, fish or a vegetarian equivalent every two days (6% are unable to do so).

There are more than 226,000 poor people in the country, especially families with children, which is why those under 18 are in the series of three groups that are at greater risk of social exclusion. To which the unemployed join.

Effects of the pandemic

Pordata worked with Eurostat data for 2020, published in 2021. They refer to the first year of the covid-19 pandemic, which affected all countries. But, underlines Luísa Loura, “in Portugal it had an impact that it did not have in other countries”.

Between 2019 and 2020, the pandemic affected more households with dependent children (9 percentage points more), single-parent families (5 pp) and people aged 65 and over (2.6 pp).

The number of poor people has increased, but also the families that have a maximum of ten thousand euros to spend per year. Of the almost 5.5 million households with income tax returns in 2020, two in five receive approximately €833 monthly.

The annual average of unemployed people enrolled in employment and vocational training centers had been on a downward path since 2014. This trend was reflected in the first year of the pandemic.

“The number of registered people increased by 22.5% compared to 2019. In 2021, the annual average of unemployed registered with the Institute for Employment and Vocational Training (IEFP) not only did not fall back to 2019 values, but also increased by 0.3% in compared to 2020 (386,200). This means that, “in 2021, there were about 23% more unemployed registered than before the beginning of the pandemic in 2019”, say Pordata’s technicians.

But, as the latest IEFP statistics reveal, the figures are quite different today. In August, 282,847 were registered unemployed, 106,000 less than the average last year.

At Diário de Notícias dozens of journalists work every day to make news, interviews, reports and analyzes that ensure accurate information to readers. And it has been that way for over 150 years, as we are the oldest national newspaper. To continue doing this “service to the reader”, as our founder wrote in 1864, we need your support.

Previous See the features of the Android system that overlap with iOS
Next Kendrick Lamar’s ‘Good Kid, Maad City’ Album Celebrates 10 Years on the Billboard 200