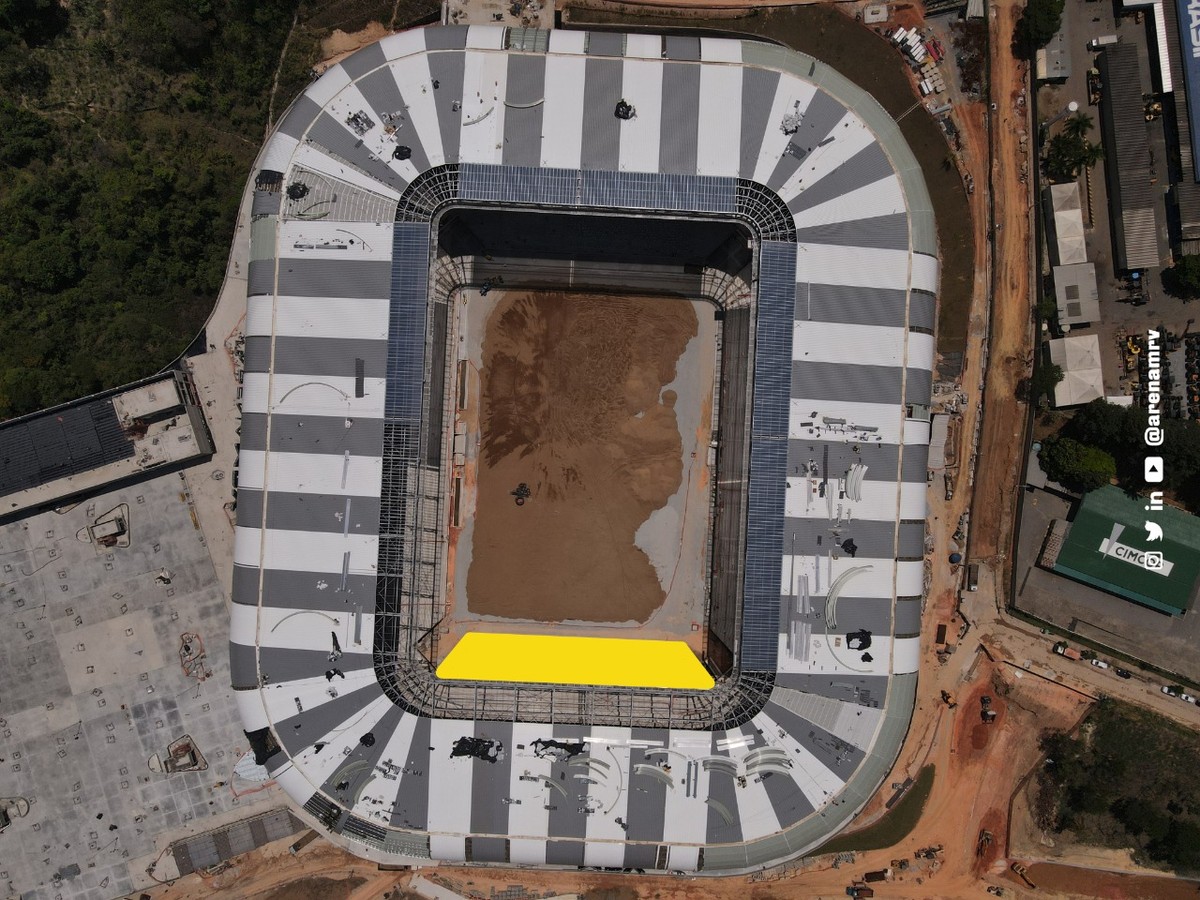 Atlético-MG and Arena MRV announced this Wednesday afternoon that the lower south sector, behind the goal, will not have seats. According to the club, the decision is to meet the demand of the fans. The places destined for each one of the fans will only be demarcated, observing the maximum capacity of the sector.

There was a negotiation with the Fire Department to authorize the sector without seats inside the stadium, which is being built in the California neighborhood, in the Northwest region of Belo Horizonte. The Arena works are more than 85% complete. The expected opening of the stadium is on March 25, 2023.

Atlético discloses which sector behind the south goal n]will not have chairs — Photo: Disclosure/Arena MRV

Galo benefited from the recent state law nº 23.772/2021, which provides that stadiums can have sectors without seats. The maximum capacity of these sectors must have a maximum of 20% of the total audience of the arena, in addition to popular prices. See what the law says below:

In football stadiums located in the State, observing the provisions of § 1 of art. 22 of Federal Law No. 10.671, of May 15, 2003, sectors without seats may be made available for fans to watch the matches standing, limited to 20% (twenty percent) of the stadium’s total capacity.

§ 1 The values ​​charged for tickets in the sectors mentioned in the caput will be lower than the values ​​​​of other sectors of the stadium, according to pricing defined by the clubs and after an economic-financial feasibility study.

The MRV Arena will have a total capacity of 46 thousand people. This week, Galo also released another news regarding the stadium. Fans will be able to engrave any name they want on tiles that will be placed at the entrance to the stadium. The investment is around R$400.

In addition, more than 14,000 seats have already been installed inside the stadium. The chairs will have the colors grey, black, white and yellow. Soon the lawn will be planted. O ge recently took a tour of the stadium, see in the images.

Previous Keanu Reeves arrives in Brazil for a special appointment and has dinner with Barrichello, Massa and Whindersson in SP
Next Couple controls house with chips implanted in the body and goes viral; understand the technology | Technology