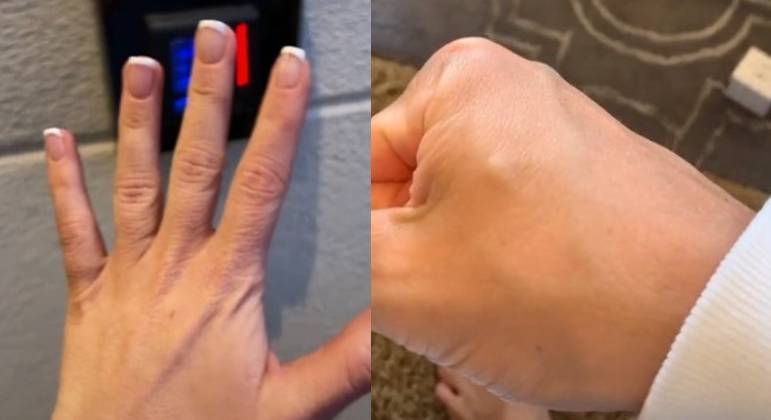 Can you imagine opening the door of your house with just your hand? This is the reality of an American couple who turned their house into a system that can be activated or deactivated with just their bodies. The secret behind this is a chip implanted in both of their hands.

Despite not disclosing details of their own lives, the Los Angeles couple began to share on social networks, since 2020, how the technology of the chip implanted between the thumb and index finger of the hand works.


“I have a chip in my hand that is used as a key to unlock everything in our house,” says Burgundy Waller, known by the account @chipgirlhere, in one of the videos on TikTok.


She explains that their entire house is equipped with a system that allows chip access. According to her, everything was done by her husband, @chipguyhere on TikTok. The two show in videos that not only the front doors of the house, but also cabinets and drawers are unlocked by the small chip.


In addition to the system that covers the entire residence, the daily routine shown by Burgundy shows how the couple’s house is equipped with several advanced technology devices, such as a touch toaster. The woman also shows off a drawer full of portable chargers, reinforcing her love for technology.

When thinking that people would question the reason for living in the midst of so much technology, she explains that it is a way of showing that the system made by them, or in which they live, is possible and viable.

Burgundy even claims that the dogs, nicknamed Chip and Pup, also have a chip as a form of identification.


The peculiarity of the situation caught the attention of TikTok users, where the duo has more than 3 million followers. The couple gained recent fame with a life full of technology – which brought praise and also criticism.

“We are not machines”, commented one netizen in a critical tone. Another person has already taken the situation as a joke and had fun: “I would forget my hand at home”, referring to the common act of forgetting the keys.


READ BELOW: Youtuber implants chip in the arm to start Tesla’s electric car

Previous By G-8, São Paulo makes a series of games against teams that fight not to fall; simulate results | Sao Paulo
Next Russia expels city dwellers in southern Ukraine | Ukraine and Russia