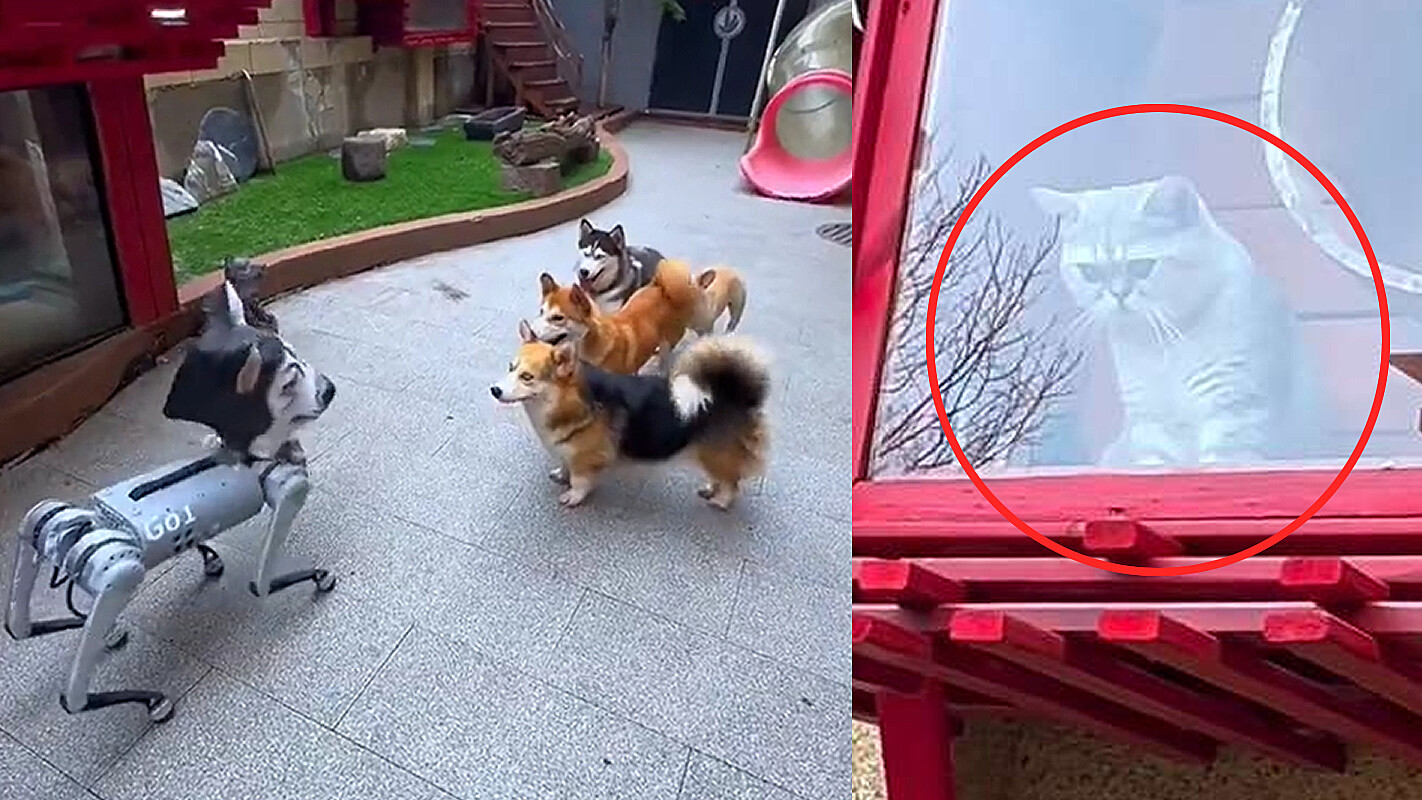 According to the Daily Star news portal, Zhou spent around £68,000 to build the luxurious two-story home dubbed the palace for dogs. The property contains air conditioning, heaters, televisions, lighting and even a safe. Everything for the pets!

And each pet has its own room where they can choose to sleep in the bed or on the sofa. The bedrooms have different designs, but each comes with a set of curtains to give the dogs privacy.

In a post, posted on his social media, Zhou stated: “I really like dogs and I have always treated them as part of my family and they can protect my family”.

In addition to the comfort of a beautiful home, the Chinese chose to offer a somewhat different friend for dogs: a robot. The robot, walks like a dog and to make it a little more realistic, Zhou used a mask in the shape of a Siberian husky. But it seems that the pets were not convinced that ‘that’ was a dog.

But the best reaction was that of the cat, who preferred to watch the intruder from above. Some netizens even entertained the idea that the feline was controlling the robot to scare his canine friends.