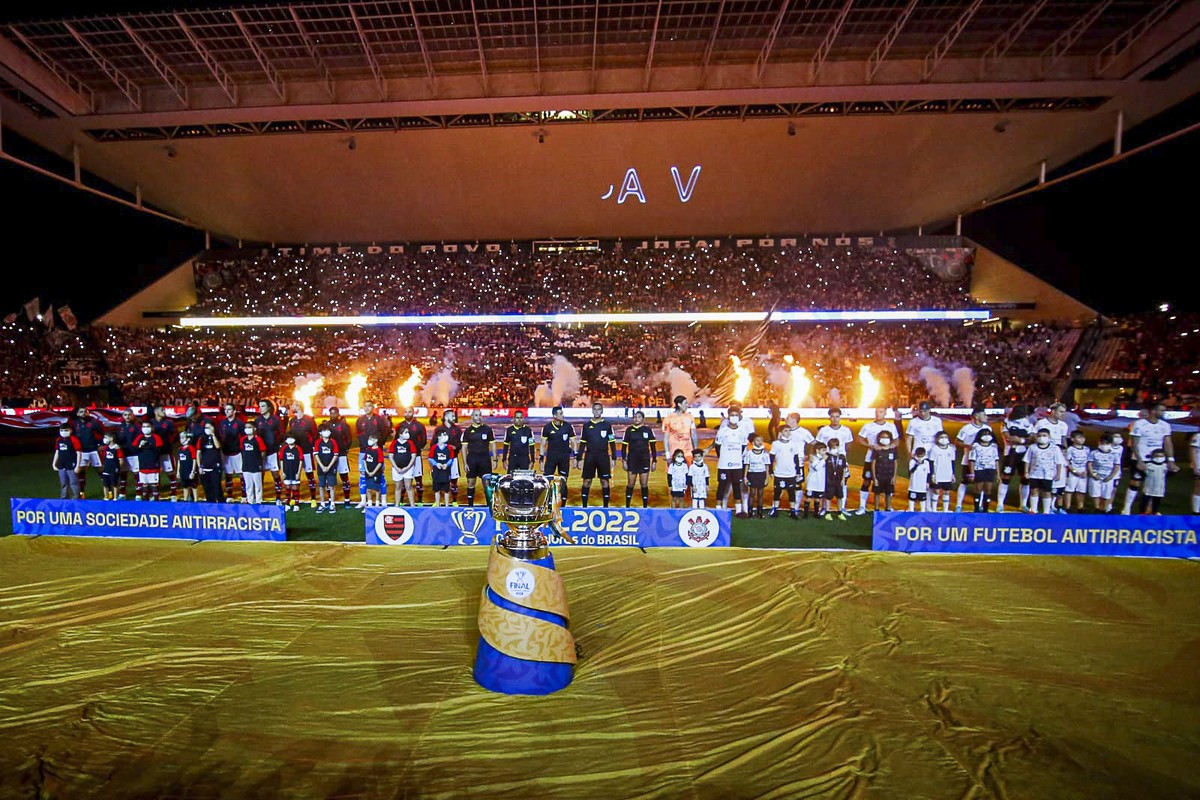 Flamengo x Corinthians: pre-game of the final will have a party with LED lights and idols with the cup on the field | Flamengo

In the first game of the final of the Copa do Brasil, at Neo Química Arena, the fans witnessed a beautiful party before the ball rolled for a 0-0 draw between Flamengo and Corinthians. This Wednesday, in the finals, the CBF prepares an even bigger event.

One of the attractions will be the reduction of lighting after the field players leave, at 21:20, after the warm-up. LED lights will demarcate the lines of the lawn, in addition to a projection on the ceiling.

At 9:29 pm, Adílio and Edílson, representing Flamengo and Corinthians, will take the cup to the center of the pitch. In São Paulo, Vampeta and former left-back Juan had this responsibility. The silhouette of the cup will be drawn in the central circle.

The flags of the 26 states participating in the competition, in addition to the Federal District, will be present. The Maracanã lights will start to be lit again at 21:32. When the players take the field at 9:36 pm, there will be a light show and fireworks display.

In addition to the preparations by the CBF, there will also be initiatives by Flamengo and its fans, which again campaigned on social networks for the red-blacks to take flags to be lit when the athletes enter the field.

The idea is to repeat the effect achieved in the match against Atlético-MG, in the round of 16, when Flamengo won 2-0 and qualified after losing in Minas Gerais.

Previous iOS 16.1 wants to fix the problem of copy/paste between apps for good » iPhone Blog
Next No iPhone! Apple’s first foldable should be an iPad