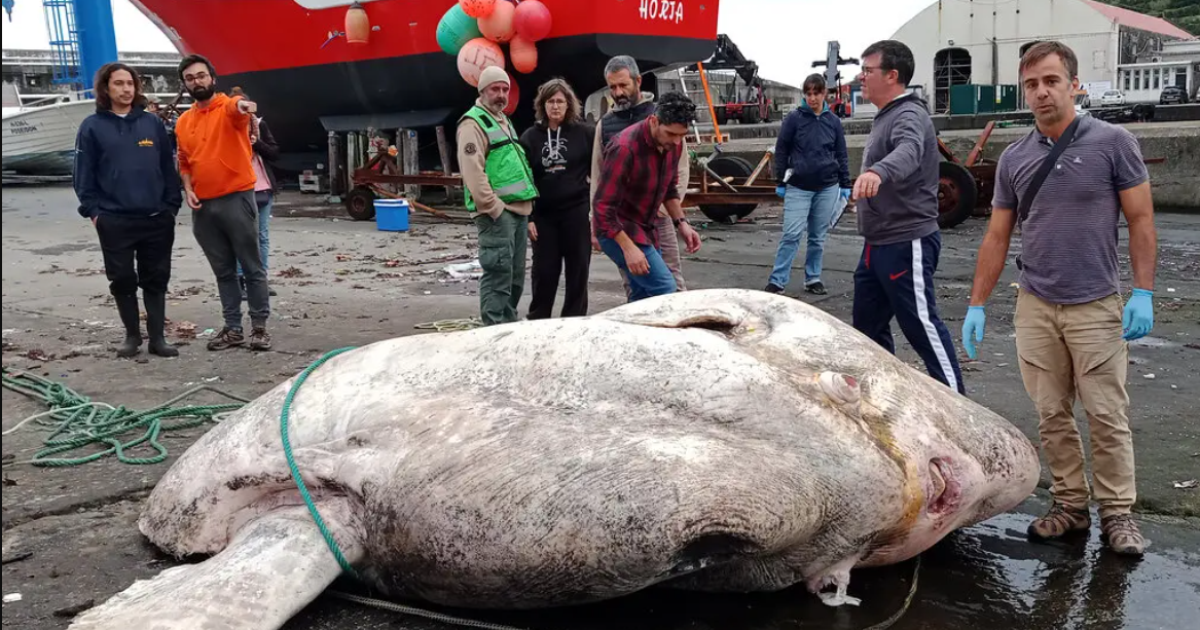 One giant sunfishdiscovered last year in Portugal, broke a record and was considered the heaviest bony fish in the world, reports the Journal of Fish Biology in an article published last week.

The animal, which was captured already dead after being found floating near Faial Island, is more than three meters long and, upon being weighed, it was discovered that it had a weight of nearly three tons – which is equivalent to a Chevrolet Suburban.

More than 90% of fish have bony skeletons and therefore fall into this sunfish category. This differentiates them from sharks, rays and some fish that have cartilaginous skeletons, such as the whale shark, the largest of them.

The last bony fish recorded was a female of the same species caught in Japan in 1996, which weighed almost 2.3 tons.

In addition to its size, the sunfish also draws attention for its, shall we say, clumsy swim.

Unlike most fish, they use their dorsal fins to propel their huge bodies, and they do so slowly and randomly.

Because of this, these fish are often seen floating sideways on the sea surface. For scientists, the animals do this to keep warm or even to make it easier for seabirds to eat the parasites that stick to them.

Previous WhatsApp: New function allows message to be deleted for everyone within 60 hours
Next Olivia Wilde exposed? Ex-nanny says actress cheated on ex with Harry Styles!