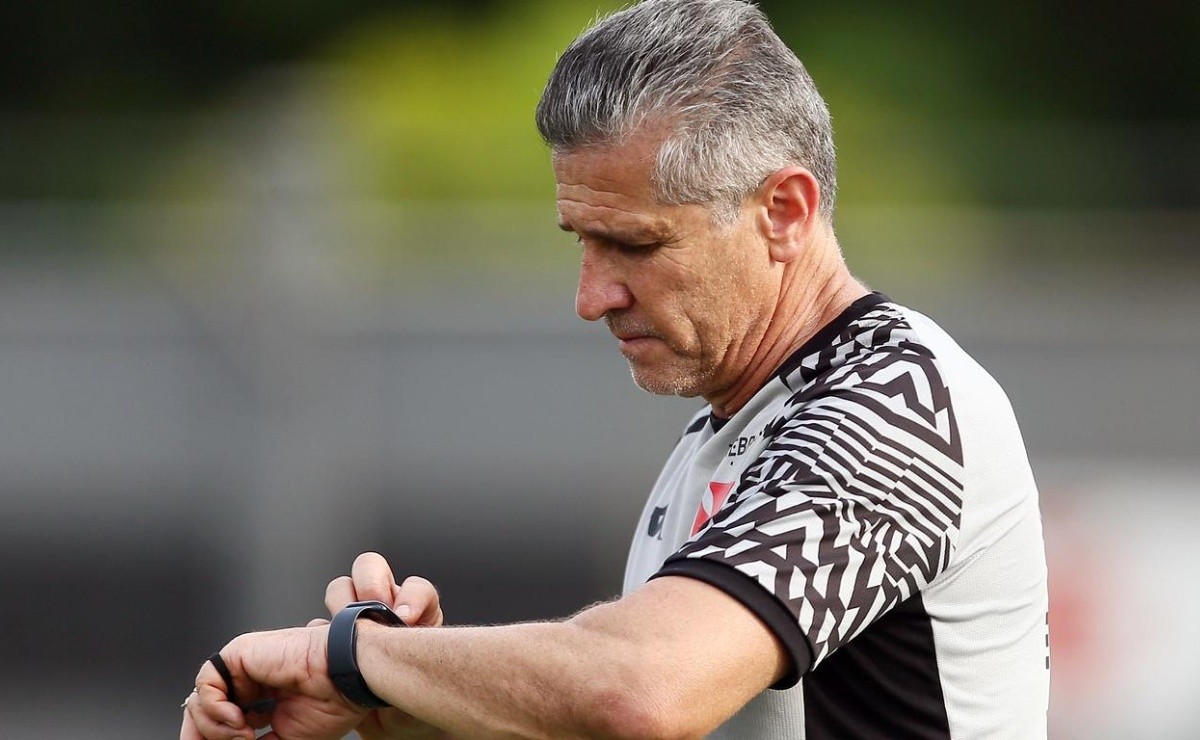 After the tumultuous match in Recife, last Sunday (16), when the Vasco tied with Sport by 1 to 1, the Cruz-Maltino squad reappeared this Tuesday (18), to start work aimed at the match against Criciúma, which takes place next Saturday (22), in San Januario.

However, the training did not include the presence of striker Eguinaldo. The player was released from activities, as he needed to be with his family members, as his stepmother passed away this Tuesday (18). Eguinaldo, who arrived at Vasco last year to play in the basic categories, lost his father recently, at the beginning of the year. The information is from Globo Esporte.

It is not known if Eguinaldo will go to Maranhão to accompany the funeral, however, if he travels, his lineup for the match against Criciúma may be compromised. Vasco has already confirmed the absences of Raniel and Luiz Henrique, who were expelled against Sport. But, Léo Matos returns after being out in the last round to fulfill his suspension.

Vasco is in the final stretch of the season, with a fierce fight for the last spots in the G-4. With 56 points, Gigante da Colina is in the fourth position of Serie B, one point behind the third place, Bahia, which has 57. In fifth position is Sport, with 53 points. There are three rounds left in the competition.

Previous Suddenly Father in the Afternoon Session (10/19): Comedy holds meeting of Marvel stars important for the future of the MCU
Next Learn more about Elon Musk and his troubled Twitter purchase