Keanu Reeves arrives in Brazil for a special appointment and has dinner with Barrichello, Massa and Whindersson in SP


Passing through Brazil for publicity interviews for his documentary about Formula 1 for Disney+, Keanu Reeves joined a lively group at the Beefbar restaurant, from which Felipe Massa is one of the partners in São Paulo.

The meeting, this Tuesday (18), yielded good chats accompanied by good wines such as the Spanish Pintia, from the Veja Sicily winery, and the Chilean Clos Apalta. Rubens Barrichello and Whindersson Nunes were also there to honor the star of the ‘Matrix’ franchise. 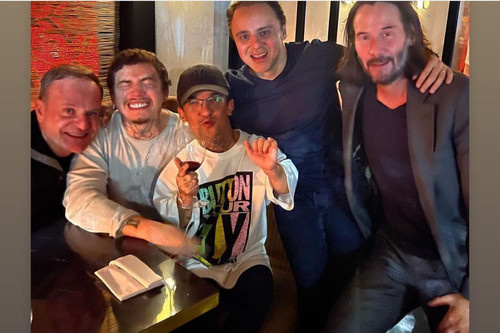 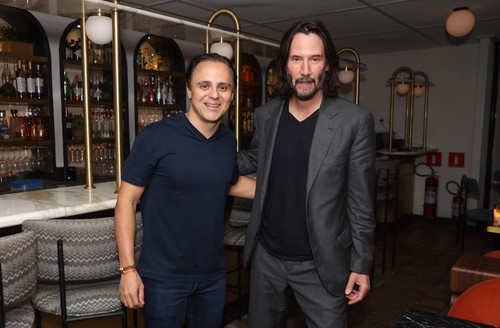 According to “Variety”, the production will have four episodes and will focus on director Ross Brawn, who bought the Honda team in 2009, renamed it Brawn GP and achieved remarkable victories.

Reeves is known for his passion for motorsports and has a motorcycle collection at home. He is believed to have already interviewed Luca di Montezemolo, the former president of Ferrari, with whom he appeared in photos.

Keanu Reeves is a Canadian actor known for his acclaimed film works, including The Matrix, John Wick and Speed ​​Speed. He was born in Beirut, but has lived in several places such as Sydney, Australia, and New York. But he ended up being a naturalized Canadian where he lived from the age of seven. He started acting at a young age in the local theater participating in some plays.

His first television role was in the series Hangin’ In in 1984. After that, he continued acting in theater in plays such as Romeo and Juliet and made small appearances in TV commercials. He also landed some roles in small television movies.

But the work that finally put Keanu Reeves in the spotlight was the 1988 film Dangerous Liaisons, an adaptation of the homonymous work by Pierre Choderlos de Laclos, where he starred alongside Glenn Close, Michelle Pfeiffer and Uma Thurman. Although his role in the production was small, Dangerous Liaisons helped jumpstart Reeves’ career.

During the 1990s, his fame increased exponentially. In 1991, Keanu was cast as the lead opposite River Phoenix in director Gus Van Sant’s movie Call Boys. The film was a huge critical success and Reeves was highly praised for his performance and chemistry opposite Phoenix.

In 1994, Keanu Reeves joined the cast of Top Speed ​​alongside Sandra Bullock playing police officer Jack Traven. The film was one of the biggest box office hits of that year, grossing over $350 million. In 1997, he starred opposite Charlize Theron and Al Pacino in the psychological thriller Devil’s Advocate. Although it did not receive such positive reviews, the film was also a box office success.

That same year, Keanu Reeves would star in the biggest film of his career: the sci-fi mega production The Matrix. Directed by the Wachowski sisters, The Matrix revolutionized the science fiction genre at the time and established Reeves as one of Hollywood’s biggest stars. Keanu also participated in the two sequels released in 2003 and will return for the fourth installment of the franchise scheduled to premiere in 2021.

During the 2000s, Keanu participated in novels such as Somebody’s Gotta Give, with Diane Keaton and Jack Nicholson, and House by the Lake, with Sandra Bullock. He also starred in the DC comic book adaptation Constantine as the eponymous character and the science fiction production The Day the Earth Stood Still alongside Kathy Bates and Jennifer Conelly.

In 2014, Keanu was chosen to star in the action film John Wick. The film was a huge box office success and yielded two sequels in 2017 and another in 2019, also starring Reeves. A fourth part is slated to premiere in 2022.

Previous Digital Yuan: Why China’s Virtual Currency Could Threaten Dollar Hegemony?
Next Atlético-MG stadium will have a sector behind the goal without chairs | athletic-mg