In 2017, Ubisoft reinforced its partnership with Nintendo by releasing the strategy game Mario + Rabbids Kingdom Battle, which, as its name implies, is a fusion between the iconic Mushroom Kingdom characters and the Crazy Rabbits.

Now, about five years later, the companies have teamed up again for the release of the Mario + Rabbids Sparks of Hope sequel, which arrives with even greater proportions, gameplay improvements, and elevates the fun and madness we’ve come to know from the previous title.

If you want to know if this sequel managed to keep the level or even did better than the previous title, check out our spoiler-free review.

After a well-deserved break from the adventures of the first game, Mario, Rabbid Peach and the others are surprised by a new threat. This time, an intergalactic creature that is spreading darkness across several different realms in search of the Sparks, a fusion between the traditional energy stars of Mario’s world and the Rabbids.

With that, it’s up to our heroes to band together again to try to stop Malumbra from fulfilling its plans and destroying the universe.

Again, we see the mocking and caricatured humor of the Rabbids merging into the traditional Nintendo franchise and it’s amazing how well everything works and makes the adventure even more attractive.

The best of both worlds 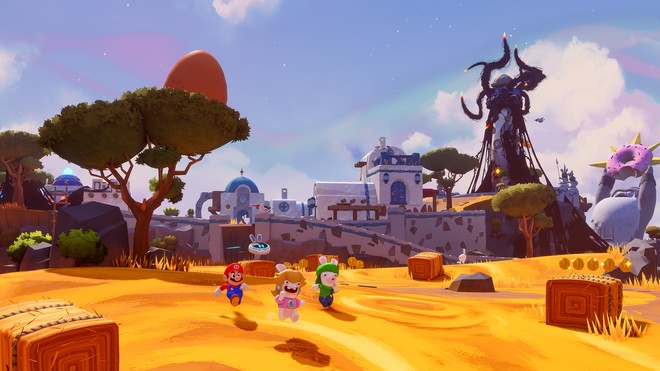 Mario is one of the most iconic and traditional franchises in the world of video games and as we know, Nintendo is extremely protective of their franchises and concerned with the image that the characters convey to the public.

That said, it’s amazing to see how Ubisoft manages to bring freshness to the saga and create a new identity through the Rabbids. The crazy bunnies embody Luigi, Peach and company, but give them their own personalities, creating a fun and very enjoyable mix.

It is impossible not to smile at the situations experienced by rabbits, even more so when we remember that they are imitating such iconic characters. Rabbid Peach is a first-rate baby girl who always wants to keep her pose and won’t let go of her cell phone for anything, while Rabbid Mario tries to follow in the footsteps of the original and be the heroic leader of the group.

Beautiful in the hands and on the TV 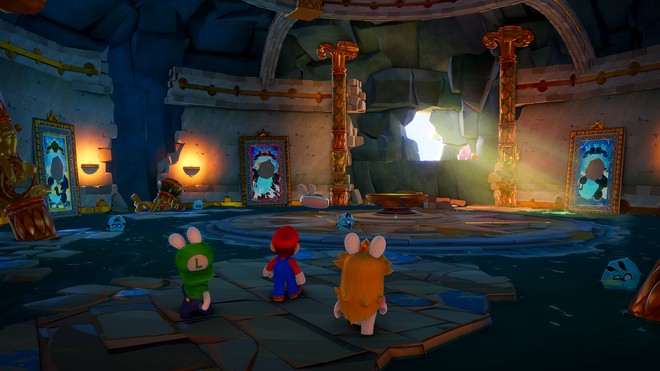 Although many insist that the Switch is outdated and that it cannot deliver games with impressive graphics, Mario + Rabbids Sparks of Hope is proof that many of these statements are wrong and that a game with fancy and realistic graphics is not necessary for be successful on the Switch.

Nintendo’s hybrid console is a resounding sales success to this day, displacing even the recent Xbox Series and PS5. Much of this is due to acclaimed franchise games and titles that fit like a glove in both portable and TV-based docking formats, and the new Mario + Rabbids is yet another example of that.

Following a visual line similar to that of Super Mario Odyssey, the game has vibrant colors and a cartoonish style that works very well in both game modes, being pleasant in any situation. 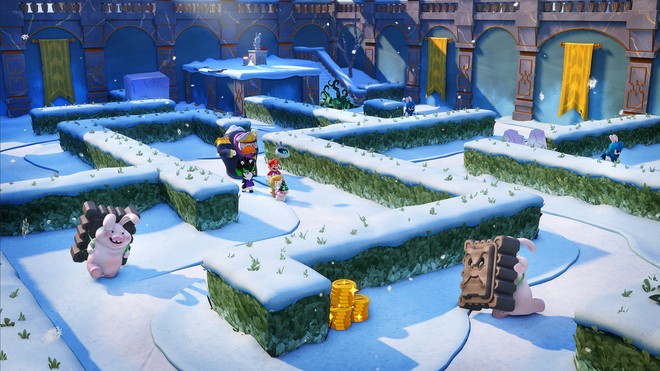 Expanding on what was presented in the previous title, Mario + Rabbids Sparks of Hope now has more mobility of movement during combat, with the player being able to move freely through a space on the board and no longer limited to moving in checkered spaces.

As in the previous one, the characters have different weapons and different abilities, which makes you have to choose well who is part of your team, balancing support characters with short and long-range attacks.

As you progress through the game, the boards will also expand, allowing you to expand the number of members on your team. It is worth mentioning that, in addition to the well-known characters from the Super Mario Bros. franchise, the game also allows us to play with original characters, who have unique abilities and increase our range of options in battles.

A very interesting and welcome novelty is the use of Sparks, which serve as an additional bonus to your skills, each granting a different benefit when equipped on the character. 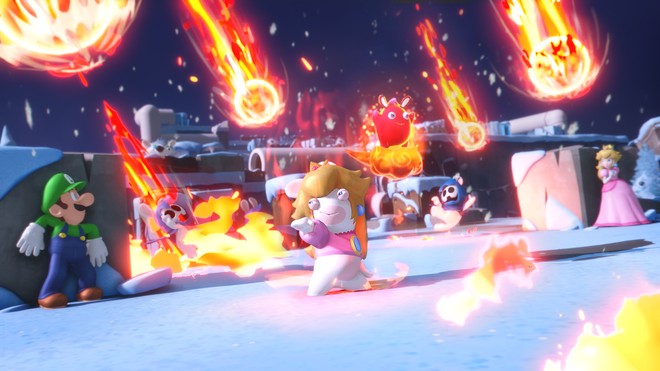 Although the main focus of the game is turn-based battles, the player can also freely explore the different maps in the game, but I confess that I missed more resources to better and more easily explore the maps outside of combat, which would give more freedom for the player and would make everything more interactive.

It is worth noting that the heroes also have abilities that combine, which can create a devastating attack and help you a lot in times when enemies are overwhelming you. Even if you haven’t played the previous title, Mario + Rabbids Sparks of Hope is an excellent title for fans of turn-based combat and strategy, being very challenging at times, but without losing the humor and emotion that only a combination between these two franchises could provide us.

Ubisoft hits the adventure tone again and delivers a Nintendo Switch exclusive that lives up to its predecessor.

It is worth mentioning the Brazilian Portuguese localization for the subtitle texts and menus, a feature that many Brazilian fans will be happy to see and that was done with mastery.

Despite the limitations in exploring the maps, the game will certainly yield good hours of fun.

The cartoonish style works really well on the Nintendo Switch.

Even lacking some resources in the exploration of the maps, the good news makes the combat shine.

It would be nice if there was a little prologue to explain the fusion of the two franchises for those who haven’t played the previous one.

Although it fits well in the phases, it ends up being forgettable over time.

Don’t be fooled by the humorous tone and cartoonish look, combats can be quite challenging, which forces you to avoid mistakes.

*We would like to thank Ubisoft and Drone Comunicação for providing us with a copy of the game for this review.