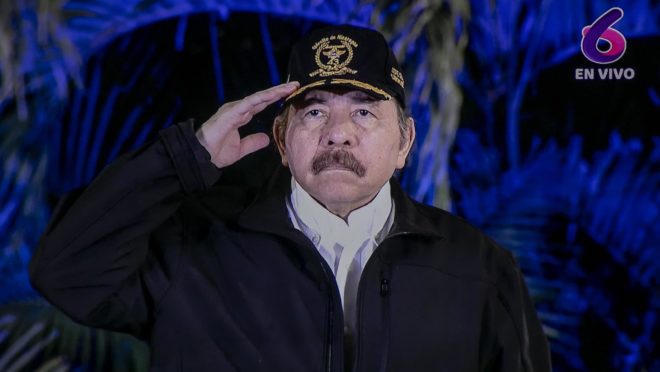 The government of Nicaragua, through the Ministry of the Interior, this Tuesday (18) dissolved 100 NGOs, 58 international and 42 national, including more than 20 religious associations, most of them evangelical.

In addition, one each from Costa Rica, Denmark, Slovakia, El Salvador, Norway, Panama, Puerto Rico and the United Kingdom, according to a resolution of the Ministry of the Interior published in the Official Gazette.

The Ministry of the Interior explained that it canceled the registrations and perpetual numbers assigned to these 58 NGOs “because they are abandoned and have been in breach of the laws that regulate them for between two and 27 years”.

Among others, it accused them of not disclosing their financial statements, their boards of directors, detailed information on all donor members and previous donations.

With those 58 international NGOs banned, 146 have already been disbanded in the last two weeks, including 51 from the US, 16 from Spain, 13 from Italy, nine from Germany, seven from France and seven from Canada.

In Nicaragua, the regime of dictator Daniel Ortega, with the vote of Sandinista deputies and their allies in the National Assembly, or through the Ministry of the Interior, has banned at least 2,475 Nicaraguan and foreign NGOs since December 2018.

The country has been going through a political and social crisis since April 2018, which was accentuated after the controversial general elections on November 7 of last year, in which Ortega was re-elected for a fifth term, fourth in a row and second together with his wife, Rosario Murillo. , as vice president, with his main opponents in prison or in exile.

Ortega, close to turning 77, has been in power for 15 years and nine consecutive months, amid accusations of authoritarianism and electoral fraud.

Previous Brazil will have unprecedented auction to shorten the line of renewable energy projects, says government
Next The Walking Dead had a mega special participation and no one noticed