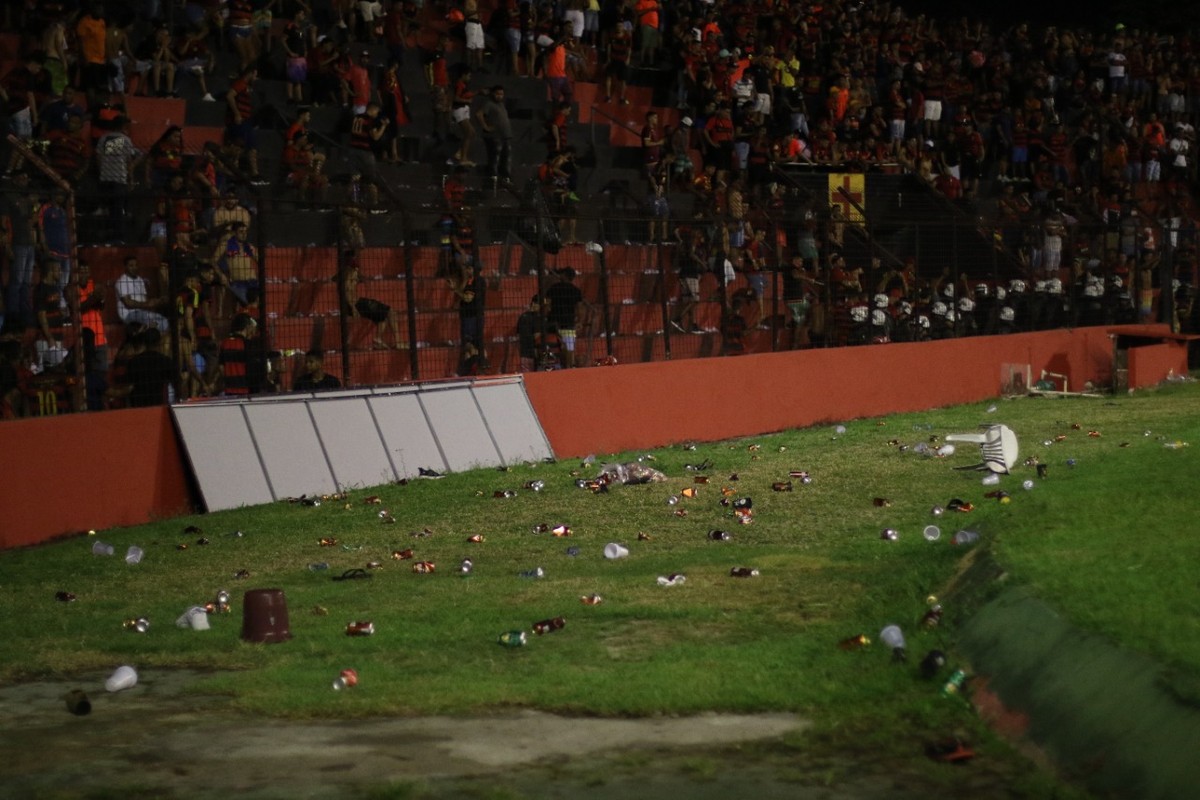 On Tuesday night, the Superior Court of Sports Justice banned the Ilha do Retiro stadium, in Recife, due to the invasion of the field by part of the Sport fans, in last Sunday’s game against Vasco, for the Campeonato Brasileiro Série B. Brazilian. The measure takes effect immediately.

In addition, the president of the STJD, Otávio Noronha, also determined that the Pernambuco club and Ceará, which also had a field invasion by their fans in a match against Cuiabá, in the Serie A, send their games behind closed doors and that they do not have right to charge tickets for their fans when they are visitors.

Lawn of Ilha do Retiro with several objects thrown on the field — Photo: Marlon Costa/Pernambuco Press

Finally, the STJD also preventively suspended midfielder Luiz Henrique and striker Raniel, both from Vasco, for provoking Sport’s fans in the celebration of Cruzmaltino’s equalizing goal. The suspension will be 30 days, but limited to two matches, as it is the minimum penalty provided for in article 258-A of the Brazilian Code of Sports Justice.

Leão, who is in contention for access, has three more games in Serie B. On Saturday, they face Londrina, at Estádio do Café; then he receives Operário, in Recife, and finally, ends his participation against Vila Nova, in Goiânia.

Already Vozão, which fights against relegation, still faces for Serie A, Atlético-GO, Internacional, Corinthians and Avaí, away from home, in addition to Fluminense and Juventude, at Castelão. 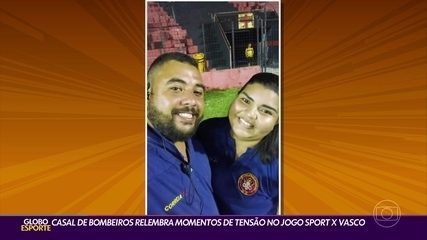 It is worth noting that the punishments applied are preventive. That’s because clubs will still be judged next week for field invasions. Sport and Ceará were denounced in three articles of the Brazilian Sports Justice Code (articles 205, 211 and 213) and also in articles 19 and 20 of the CBF’s General Regulations for Competitions.

With that, they can be punished with loss of field control (from one to ten games), a fine (which can reach R$ 100 thousand) and also the loss of points of the matches in which the invasions occurred (Vasco and Cuiabá would be declared winners).

+ Specialist does not believe in loss of points, but predicts severe punishment in loss of mands 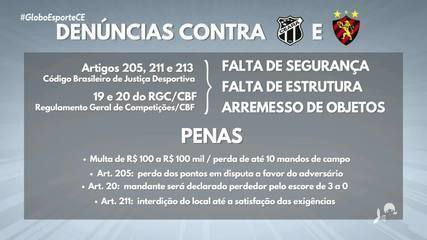 Articles that Sport and Ceará were denounced in CBJD

Article 205 – Prevent the continuation of the match, event or equivalent that is being disputed, due to intentional insufficiency of its athletes or by any other way.

Feather: fine, from R$ 100 to R$ 100 thousand, and loss of points in dispute in favor of the opponent, according to the regulations.

Paragraph 1 The sporting entity is subject to the penalties of this article if the suspension of the match has been proven to be caused or provoked by its fans.

Article 211 – Failing to maintain the location that you have indicated for the event with the necessary infrastructure to ensure full guarantee and safety for its realization.

Feather: fine, from R$ 100 to R$ 100 thousand, and interdiction of the place, when applicable, until the requirements contained in the decision are satisfied.

Article 213 – Failing to take measures capable of preventing and repressing:

I – disorders in your sports venue;

II – invasion of the field or place of the sporting event;

III – throwing objects on the field or place of the sporting event. 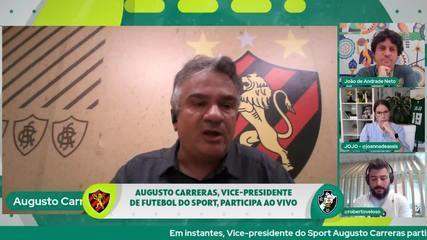 Augusto Carreras, vice president of football at Sport, gives an interview to Central do ge

Article 19 – A match can only be postponed, interrupted or suspended if at least one of the following reasons occurs:

I – lack of security;

V – conflicts or serious disturbances on the field or in the stadium;

Article 20 – When the match is suspended for any of the reasons provided for in art. 19 of this RGC, this will be done after judgment of the corresponding case by the STJD:

I – if the Club that caused the suspension of the match was winning or the match was tied, such Club will be declared the loser by the score of 3 to 0 (three to zero).

Previous She brutally kills her friend after discovering she was being cheated on in a series with Jessica Biel
Next Russia’s Current Diplomatic Presence in the West Without “Any Meaning”, Says Lavrov