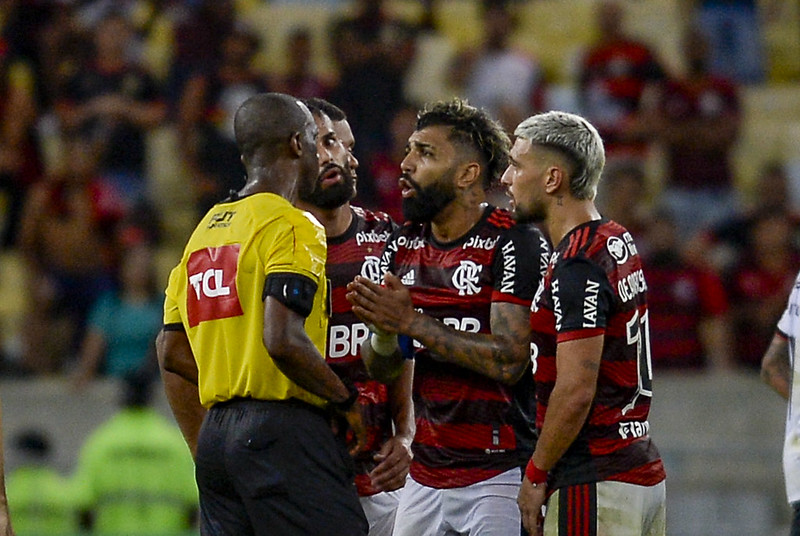 STJD punishes Flamengo before the final of the Copa do Brasil

On the eve of the final of the Copa do Brasil between Flamengo and Corinthians, the STJD (Superior Court of Sports Justice) punished Rubro-Negro for using three flags. In short, the fact happened during the match against São Paulo at Maracanã, for the return game of the semifinal of the same tournament.

According to article 191, items I and III, of the Brazilian Sports Justice Code, what happened caused Mengão to be fined R$ 600.00. Furthermore, the gavel was unanimously struck by the auditors of the Second Disciplinary Committee.

Read too: Al-Hilal takes a stand on Michael’s return to Flamengo

Previously, after the 0-0 draw between Fla and Corinthians in Itaquera, the STJD also got into action. This time, to absolve coach Vítor Pereira, for cursing referee Ramon Abatti Abel in the 16th round of the Brazilian Championship. At the time, the Portuguese was revolted by the performance of the arbitration in the 1-0 victory against Mengão, for the Brasileirão. The game took place in July.

In front of a crowded Maracanã, Flamengo beat São Paulo by 1 to 0 with a goal from Arrascaeta, after defeating the rival already in São Paulo by 3 to 1. Thus, the result put Flamengo in its ninth final of the Copa do Brasil .

“Very important. It’s not easy to reach semi-finals, finals every year. This cast is conquering that. The Copa do Brasil is very important for all clubs. It’s a competition that we always value a lot, but we haven’t been able to reach the other years”, said Filipe Luís.