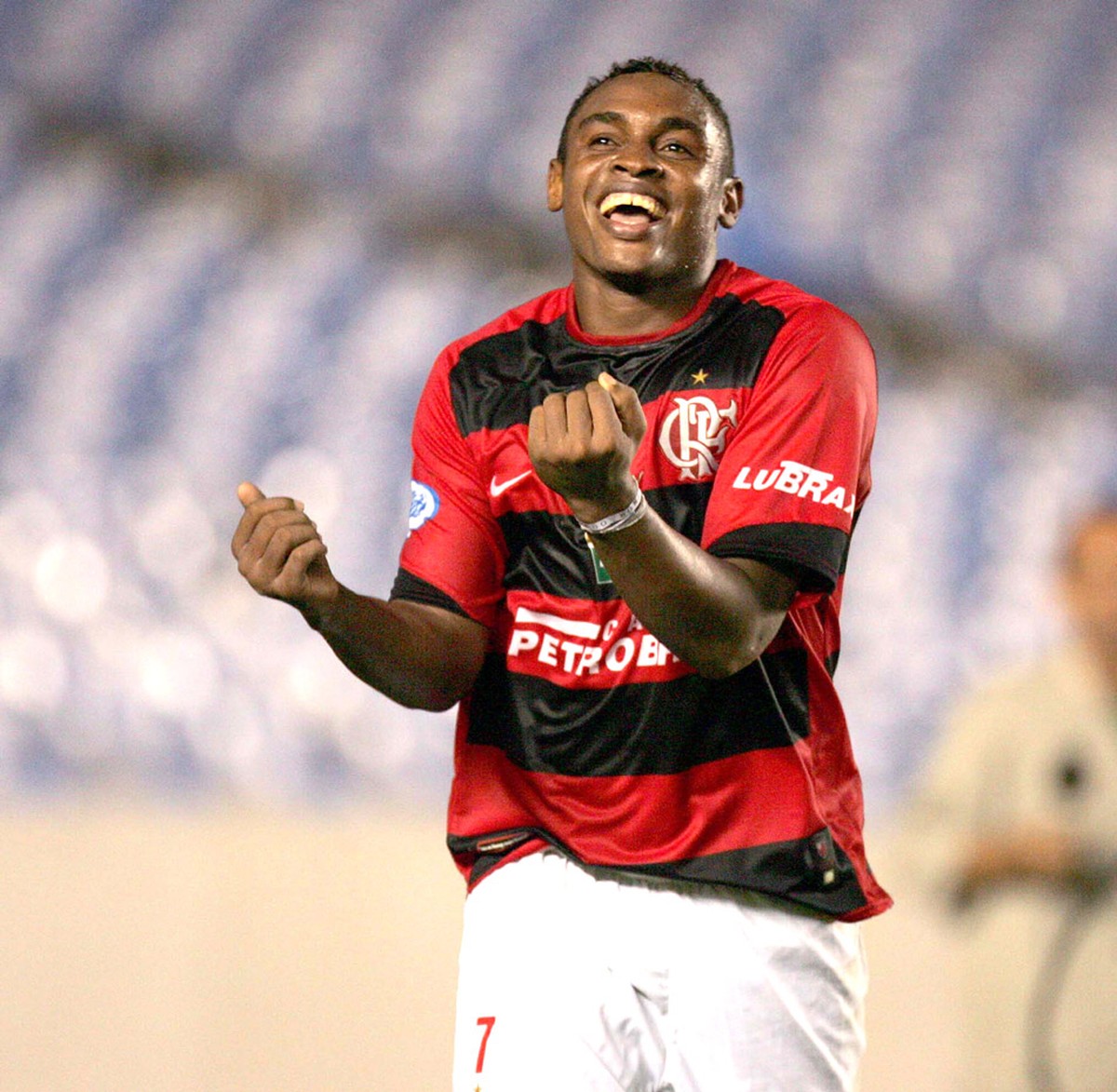 By tradition, the Copa do Brasil is a title that plays with improbability. From the biggest upsets to the defeats of giants, the tournament well represents the democratization of Brazilian football. And in this universe of variety, the competition also has unlikely heroes.

Interestingly, for Flamengo, the club’s three conquests had as protagonists players considered supporting players at the time. In 1990, defender Fernando against Goiás, in 2006, striker Obina against Vasco and in the most recent title, in 2013, midfielder Amaral against Athletico-PR. O ge talked with the three characters to remember the historic goals in the decisions.

Fernando and the lone goal of 1990

A defender of good technical quality, Fernando had a consolidated career passing through Vasco, Santos, Atlético-MG and Guarani. However, it was at Flamengo that the player experienced the greatest achievement of his career. In just over a year with the club, the athlete celebrated the unprecedented title of the Copa do Brasil.

The red-black team of 1990 had a mixture of experience and youth in the squad. In addition to Júnior, Renato Gaúcho and Gaúcho, young Marcelinho Carioca, Djalminha and Piá were also prominent in the team. But the only goal of the decision against Goiás was scored by Fernando, with a header, in Juiz de Fora – Flamengo’s first game was not played at Maracanã due to works in the stadium.

– We played two games against Goiás, which had a very strong team. I was fortunate enough to score the title goal in the first game. It was a play that started with a foul on Piá, and Djalminha, always with his precision, made that charge. The aerial play was a characteristic that I had in my career, from my great ball time. I got ahead of the Goiás defenders and Batata, who was marking me, went to meet me and fell, he even tried to claim that there was a foul, but I was already high and with enough balance to score. And a remarkable goal, right?

Being champion for Flamengo is indescribable, you can’t measure the greatness, I say that because after 32 years I am very respected by the Flamengo fans – completed Fernando.

Interestingly, minutes after the goal that would have given the victory in the first game, Fernando was sent off in a bid with forward Cacau. With that, the defender had to follow the 0-0 in the crowd at Serra Dourada that gave Flamengo the first Copa do Brasil title. See below the “Baú do Esporte” about the two finals against Goiás. 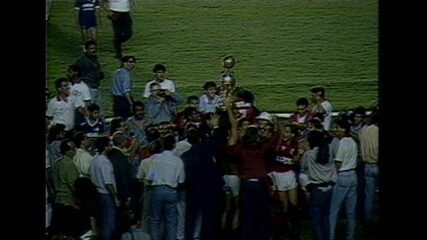 Baú do Esporte: Flamengo and Goiás decided the 1990 Copa do Brasil

Of all the unlikely heroes, Obina is perhaps the most popular among the fans. Identified with the club, the striker was one of the red-black icons in the 2000s. After saving Flamengo from relegation in 2005, the following year, the striker’s goals made Maracanã echo the famous chant of “Obina is better than Eto’o”.

In 175 games for the club, Obina scored 47 times. One of these goals was forever marked in the red-black imagination: the one that opened the scoring in the 2006 Copa do Brasil decision, against Vasco. But few people remember that the striker wasn’t starting that season – which makes his role in important moments even more curious.

+ From the “prank” to the title, Ney Franco talks about 3-6-1 and transformations in Flamengo champion in 2006

In the first game of the final, for example, Obina came on at 11 of the second half, and at 14, opened the scoring with a beautiful first-time kick.

– The truth is that that season I was playing little, I played in some games, I didn’t have a lot of sequence, but even so I managed to score some important goals (…) The players really wanted to reach a final, and we reached that decision. against Vasco, who was our biggest rivalry at the time, didn’t need more encouragement than that. Flamengo had been without a national championship for a long time, so it was time, and thank God I was enlightened in the first game, in the second game too, Juan scored a goal at the end.

– It was a very happy time in my life, I went through all the processes, and I’m very happy to see Flamengo on the rise. 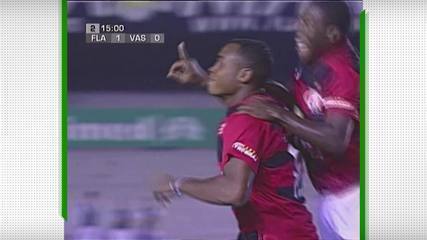 After Obina’s goal, the game turned to Flamengo. Just three minutes later, Luizão enforced the ex’s law and extended the score. In the return game, Juan scored in the 27th minute of the first half and secured the aggregate 3-0 for the second red-black title in the Copa do Brasil.

Hired by Flamengo in 2012 after a good carioca by Nova Iguaçu, Amaral became a starter the following year. The importance was such that in the last 21 matches of 2013, the midfielder was only replaced in three of them – in the Copa do Brasil, he was not on the field only in the round of 16 against Cruzeiro.

in contact with the ge, the player said that the appointment of Jayme de Almeida as the team’s commander was fundamental in winning the third championship. A member of the club’s permanent coaching staff, the coach took over after the resignation of Mano Menezes.

+ Video: Jayme de Almeida says he was very happy when he coached Flamengo

– We had a very united cast, in all aspects, the union made our team increase production, especially after the entry of Professor Jayme de Almeida. He had the group in hand, he knew everything, he was an athlete, so I think he brought everyone together, from the cleaning women to him as a coach. And that brought us together, because he knew that we didn’t have a squad like we have today, although we had players like Chicão, Elias and André Santos.

But what explains the goal in the decision against Athletico-PR? After all, nothing is more improbable than being the midfielder’s only goal in 79 games for the Flamengo. For Amaral, the move that tied the game after Marcelo Cirino opened the scoring for Hurricane was the result of many training sessions. However, the player says he does not consider himself one of the heroes of the title.

– I don’t consider myself a hero, I won’t take away my merit, of course, because I hit a beautiful kick, and I’ve always trained a lot, since the youth categories, I’ve always had a good kick.

– This goal went around the world practically. I think recognition is the most important thing for me, I still have it from Flamengo fans,” he added. 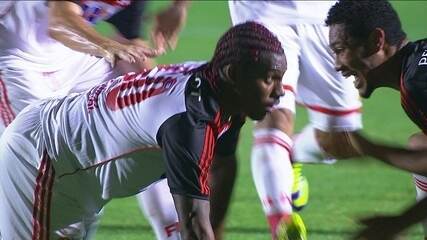 Flamengo goal! Amaral hits a bomb from outside the area at 29 of the 1st half

Second team to reach more Copa do Brasil finals, Flamengo is now looking for its fourth conquest. Cruzeiro has six titles, Grêmio has five and Palmeiras has four. After the goalless draw in São Paulothe grand final will be this Wednesday, at 9:45 pm, at Maracanã.

Previous Prime Video: check out the releases coming in October
Next Apple computer used by Steve Jobs 34 years ago goes up for auction | Technology