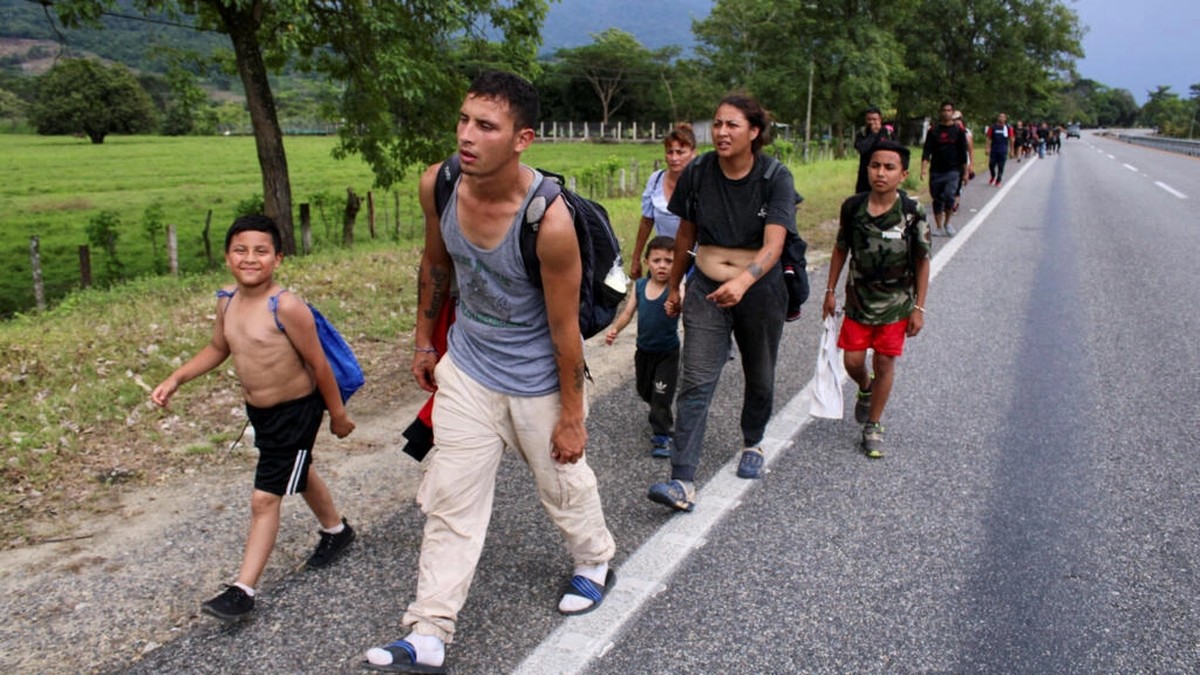 Venezuelan caravans cross Mexico to try to enter the US | World

A new caravan of migrants, mainly from Venezuela, is crossing Mexico with the aim of entering the United States. They protest against the new immigration policy introduced by Washington, which tries to contain the flow of people crossing the Mexican border.

They are about a thousand people, including children, who left the city of Tapachula, in the state of Chiapas, on the Mexican border with Guatemala. Mostly Venezuelans, these migrants began a march north to try to enter the United States, 2,800 km away.

The Mexican Institute of Migration has already warned that Venezuelans who cross the country in this caravan will not be able to enter the United States. Especially given the new rules announced by Washington.

An agreement between the US and Mexican governments determined that only 24,000 Venezuelans will be allowed to enter the United States. However, one of the criteria imposed is that applicants for immigration must know a person who lives in the US and who is willing to pay his/her expenses, if necessary. Furthermore, entry into the country can only be made by air, which excludes all caravan members.

“It’s unfair, because many of us are tired, exhausted, trying to get through, so they give us this news,” Venezuelan Sandy Araujo told AFP. For the young man, the measure taken by Washington should have been informed in advance to migrants like him. , who have been facing the difficult journey for weeks.“But we are moving forward”, he said.

Those who started the march earlier and have already reached the US border are also protesting. For days, dozens of people have demonstrated on one of the bridges that link the Mexican state of Tamaulipas to the US state of Texas, blocking the way through this road, local authorities said.

Since October 2021, US officials have counted more than 155,000 Venezuelans entering its southern border, more than triple the number in the previous period.