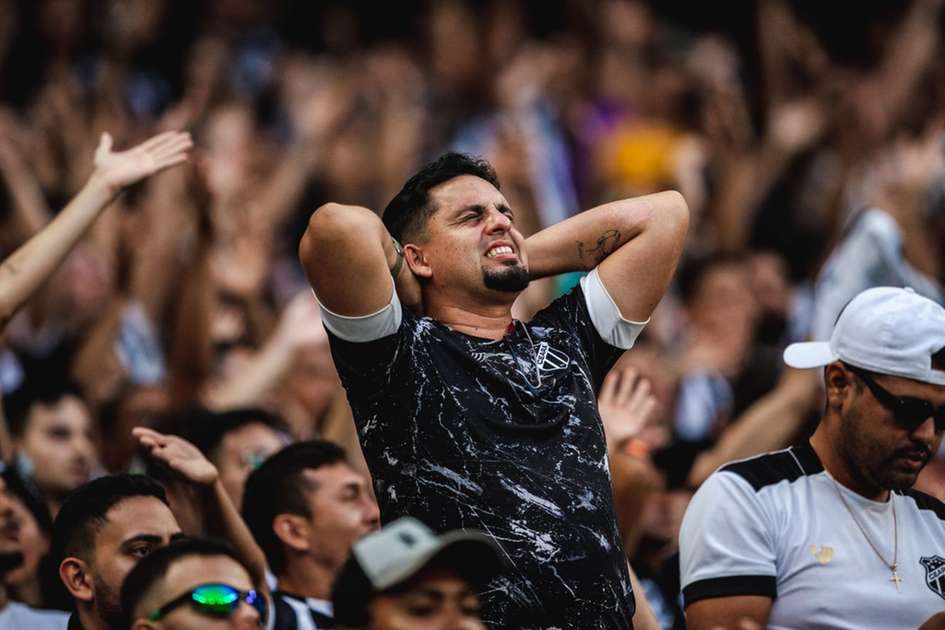 After STJD decision, Ceará fans must spend up to three months without going to the stadium

Last Tuesday (18th), the STJD immediately punished Ceará with 2 games behind closed doors in Serie A and without the right to tickets for the visiting fans, after the regrettable episodes in the Castellan last Sunday in the match against Cuiabá. Although on a preliminary basis – the trial should take place next week – it is possible to affirm a harsh reality for the black and white fans: the absence of at least 3 months from the stadiums.

With the decision, the alvinegro will play behind closed doors the two matches that he still has in Serie A as home team, and will not have fans as a visitor in the four he will play away from home. Of the 6 remaining rounds in Serie A, the Grandfather only act more two times in Houseagainst Fluminense (10/31, at 20:00 for the 35th round) and in front of the Youth (11/13, at 4pm for the 38th round).

Thus, the presence of Ceará fans in the stadiums will only happen in 2023. Undoubtedly a financial loss for the club, since it has 50,684 supporters, with plans that include going to the stadiums.

And when will the crowd return in 2023 to support Vozão? It remains to be seen how strict the punishment will be for Grandpa at the trial and how many games behind closed doors the club will catch. One of the articles in which Grandpa was framed was 213, which predicts the loss of up to 10 field commands.

And as Serie A is a competition of the Brazilian Football Confederation (CBF), the punishment will be fulfilled in the next chancelled by the entity: the Northeast and Brazil Cups.

Next season, the Estaduais starts on January 15th and the Copa do Brasil on February 22nd. The Northeast Cup, on the other hand, has not yet had the calendar released by the entity.

With this, the club would only be released to receive fans in the Campeonato Cearense games, which in 2022 debuted only on February 22, against Iguatu, for the 3rd Phase. Therefore, if the period is similar, only in 4 months will Grandpa enter the field with the presence of his fans.

That is, if Vovô needs to play 8 games in 2023, he will still be able to play the first rounds of the Brazilian Championship without the presence of his fans.