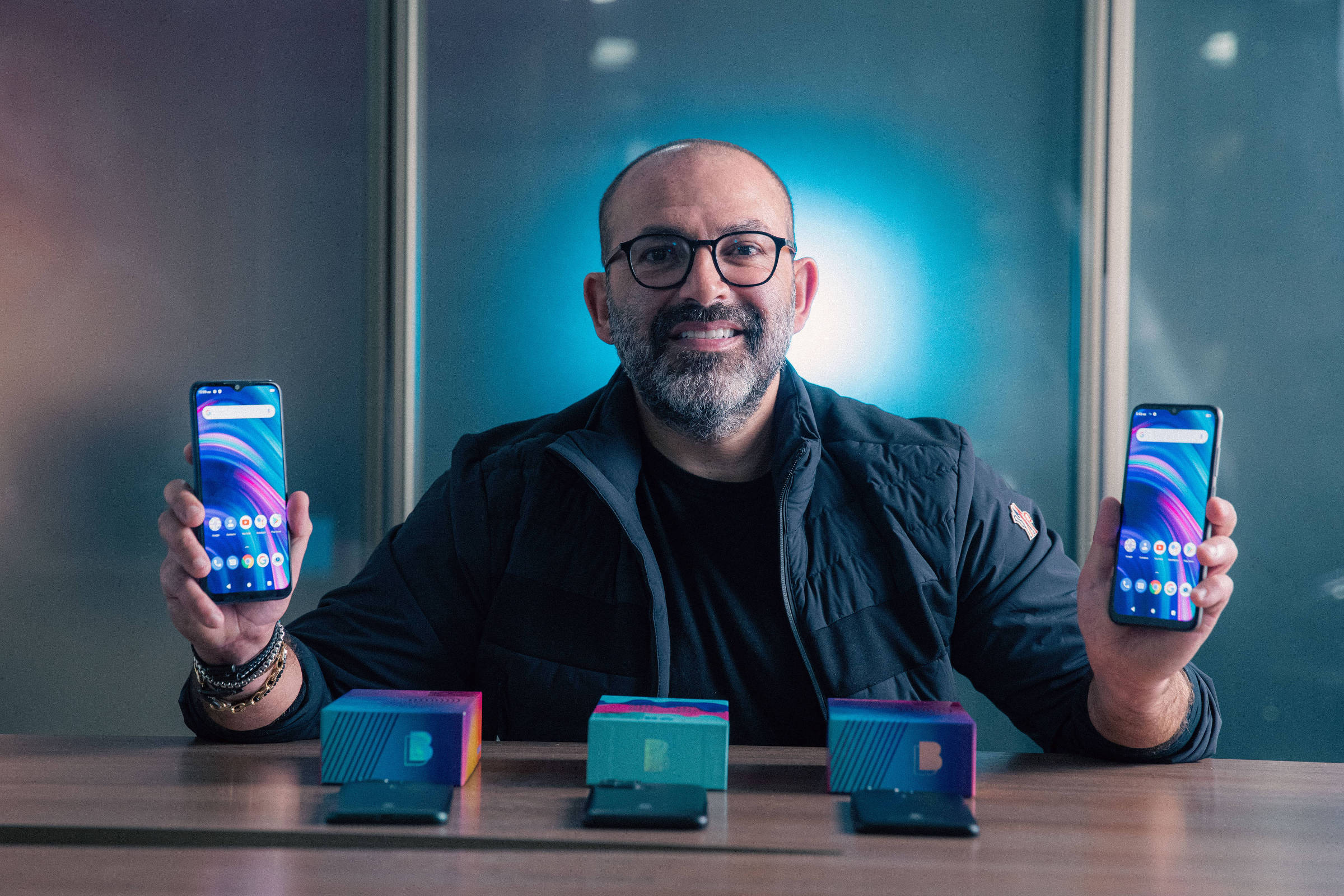 “From Miami to Brazil”. The message illustrates the blue packaging of Blu Smartphones, a brand created by Brazilian businessmen who emigrated to the United States and who are now officially starting to distribute the product manufactured in the Manaus Free Trade Zone through the electronics retailer Allied.

The proposal of the devices is to be the “third way” of smartphones in the country, as a cheaper alternative to models from Samsung and Motorola, which together concentrate more than 80% of cell phone sales in total units in Brazil.

Blu cell phones, however, are not unknown to the Brazilian public: they began to circulate around the country since 2014, through independent importation by some electronics distributors. In the last attempt, in 2018, however, Blu had to stop the sale of some models in Brazil, of the Vivo XI+ line, by association with the operator Vivo, controlled by the Telefónica group in the country.

“Telefónica requested that the product not be sold in Brazil, which we responded promptly, given the excellent relationship we have with the company”, says Samuel Ohev-Zion, president of Blu.

The businessman’s father, Daniel Ohev-Zion, emigrated to Miami in the 1980s, when he started the electronics distribution business in Brazil. In 2010, he and his son created Blu Products, a brand of cheaper cell phones, made in China and distributed to 40 countries, especially Latin America.

In 2021, Blu earned US$ 250 million (R$ 1.3 billion) and, this year, it should reach US$ 420 million (R$ 2.2 billion), according to Samuel Ohev-Zion, due to the expansion of sales in the American market. “We invested almost US$ 2 million (R$ 10.5 million) to approve the devices in the United States, where 90% of cell phone sales are concentrated in operators – unlike Brazil, where sales are concentrated in retailers”, says Zion .

Among the operators with whom Blu does business are AT&T, T-Mobile, Tracfone, Tigo and Telefónica.

But in all the countries where the company operates, cell phones are made in China and Vietnam. Here in Brazil, however, the company started production in the Manaus Free Trade Zone, outsourced to Luxpay.

“Part of the components are imported and part are manufactured here. The devices are assembled in the Free Zone”, says Zion, who claims to have invested “a few million reais” in the entire process, without revealing the value.

The products have a one-year warranty and will have technical assistance in the country. The consumer registers the device on the company’s website and, if there is a defect, contact Blu to send it for evaluation, via the Post Office, free of charge. “We will have an 0800 service, with humanized service”, says Zion. Three handsets will be offered at this first moment: B3 (R$999), B6 ​​(R$1,399) and B9 (R$1,699).

“Our differential will be the offer of accessories, which accompany the device: in addition to the charger, a hard cover to protect the device and wireless headphones, bluetooth”, he says. At a time when major brands, such as Apple, have decided to stop offering the charger along with the device, Zion is betting that the supply of accessories will be an important differentiator for the products.

“We don’t invest in big marketing campaigns,” he says. “We believe in word of mouth, from consumers themselves, who will see versions of the devices that compete on an equal footing with leading brands.”

Smartphone market slows down in the country

The businessman is not bothered by the slowdown in the Brazilian smartphone market, which has been recording a drop in sales in the last three years. The forecast for this year is 41.3 million devices, a reduction of 16% compared to 2019, according to figures from the consultancy IDC Brasil.

According to the president of Blu, there is no strong competitor for Samsung and Motorola in the R$1,000 to R$1,700 range. “We will be the third way,” he says.

Data from the consultancy GfK indicate that, between January and August 2022, the Brazilian smartphone market totaled 21.8 million units, with R$ 35.7 billion in retail sales.

“The Brazilian market started to slow down in 2020 due to the lack of electronic components, caused by the pandemic”, says Andréia Chora, consumer analyst at IDC Brasil. “This year, a resumption was expected, especially on account of the launch of 5G technology, but consumption was aggravated by the low purchasing power of Brazilians”, she says. In this sense, changing the cell phone is considered something superfluous, which can wait in the face of other more urgent expenses, she says.

Since 2019, there has been a change in the best-selling price range in the Brazilian market, according to IDC data. That year, the best-selling price range was from R$700 to R$999, with 42% of the total. Today, this track is the second most sold, with a share of 16%. Brazilians buy more devices that cost between R$1,500 and R$1,799, a range that accounts for 25% of sales. The values ​​computed by the IDC are nominal.

“Users are increasingly looking for better quality products, with more specifications, better memory, better screen, better camera,” says Reinaldo Sakis, research manager at IDC. “He understands that he has to pay more for a device like this. Not least because it’s not his first device anymore — but his third, fourth, fifth smartphone, and he wants the smartphone to evolve over the previous model.”

Sakis says that the Brazilian does appreciate receiving the accessories in the box with the device.

“But as we have devices of increasingly better quality, accessories have also evolved. What the manufacturer can give away as a charger and headphones are, in many cases, no longer the best quality items.”

Apple, with the iPhone, caused a stir in the Brazilian market this year by announcing that it would no longer supply chargers with devices from the model 12 onwards. According to Sakis, this is a strategic decision.

“Sometimes the advertising may say that the device will have 70% of its battery charged in 15 minutes. But not with a basic charger. It would have to be with a more sophisticated accessory. For this experience, the manufacturer asks the user to buy the own charger”, says Sakis.

“It’s a decision to increase your profit margin, of course, but also to improve the customer experience.”

Previous game against Náutico comes out of Aflitos, Geromel grants collective and more
Next Cardboard saleswoman wins lottery and city reacts after her identity comes to light