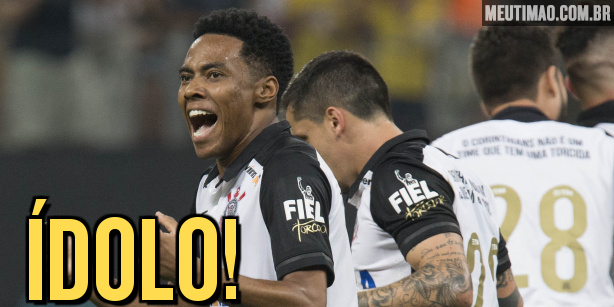 Corinthians’ defeat to Flamengo, in the Copa do Brasil, did not only affect Vítor Pereira’s men who were on the field. Away from the pitch, former midfielder Elias, the club’s idol, spoke about the sadness he experienced with the setback in penalties.

Elias was in the stands at Maracanã and opined that Corinthians was superior to Flamengo for most of the game. He then revealed that he had contact with some of the players after the match and ended with a motivational speech on behalf of a stronger team in the coming challenges.

“Yesterday was a sad day for all of us Corinthians fans, we played against the best team in Brazil of the last four years in their crowded stadium, with the adverse result and we were better for most of the game, we deserved better luck. The feeling that there was little missing is very difficult to assimilate, even more so being a former athlete, a defeat that will be marked for a long time, several Corinthians friends have the same feeling“, opened the former Corinthians player – see the publications below.

“The blow was big, I was later with some warriors and I saw the look of sadness in each one. Now it’s time to once again show why we are called Faithful Torcida, unconditionally supporting everyone. Corinthians will follow and we will come back stronger. As our motto says: I will never abandon you!”, she finished.

It is worth remembering that, in addition to his successful spell at Corinthians, Elias also built a great affective bond with Flamengo, last Wednesday’s opponent, where he played in 2013. For Timão, Elias played 253 games, scored 41 goals and won four titles. .

Previous Zoe Saldaña Relationship Status: Who Is The From Scratch Star Married To?
Next “Paint a climate”: allies believe Bolsonaro’s apology video was ‘shot in the foot’