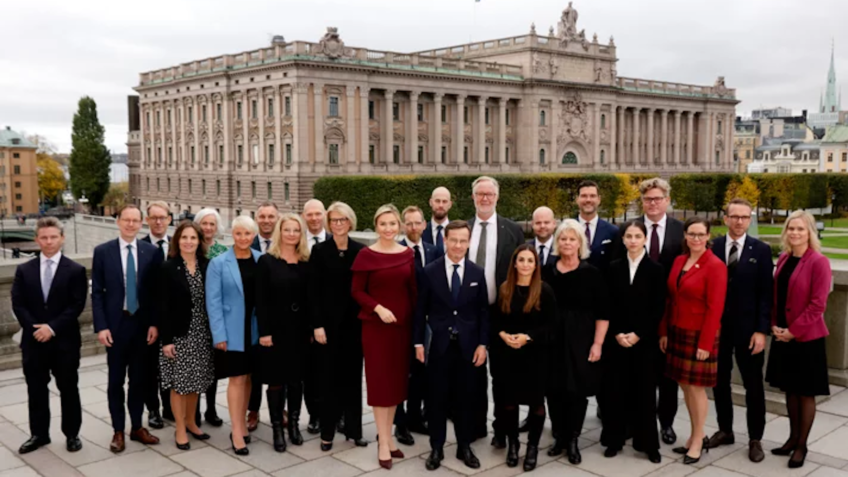 The country had diplomacy on behalf of women since 2014; the Ministry of the Environment was also declared extinct

The new government of Sweden announced on Tuesday (18.Oct.2022) that it will extinguish its “feminist foreign policy” and the Ministry of the Environment. The portfolio, which will now be subordinated to the Ministry of Business, Energy and Industry, led by Deputy Prime Minister Ebba Busch, will be led by Romina Pourmokhtari, who became the youngest person to assume a ministry in the country, at age 26.

Also on the 3rd (Oct 18), the new Minister of Foreign Affairs, Tobias Billström, announced reformulations in charge of the portfolio. In an interview with the Swedish agency TT, Billström said that “we will not use the term ‘feminist foreign policy’ because labels tend to gloss over the essence of the policy”. However, he stated that “Gender equality is a core value” For the country.

The changes took place after the Swedish Parliament approved on Monday (17.out) the appointment of Ulf Kristerson, leader of the Moderate party and aligned to the political right, as the country’s new prime minister. In September, the right-wing bloc already had won parliamentary elections. The group won 176 of the 349 seats.

Since 1987, the Nordic country has had an independent federal body dedicated to environmental and sustainability issues. In addition, it was the 1st country in the world to pass a law of environmental protection, in 1967, and hosted the 1st conference of the UN (United Nations) on the subject, in 1972.

In 2014, the left-wing Chancellor Margot Wallström took a series of measures with the aim of spreading economic emancipation globally, combating sexual violence and increasing female participation in world politics.

The guidelines also contributed to changes in legislation in about 20 countries regarding sexual violence, female genital mutilation and child marriage.

Although there is no consensus on what constitutes a feminist foreign policy, the UN indicates that at least 7 other countries have adopted similar measures after Sweden.

Previous Apple launches two new iPads and reduces prices of the old ones; see the values
Next Lupita Nyong’o learned of Chadwick Boseman’s death via text message from Viola Davis – Who