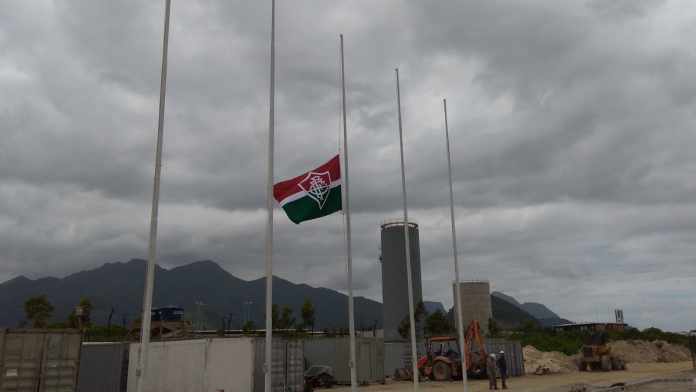 With each Flamengo title, Fluminense dies a little

Dear tricolors,
Last Wednesday night (19) buried the life of Fluminense Football Club a little more. While the Gávea club carries another trophy of weight and money for its shelf, our Tricolor continues to live in the past.

All that was left for the Flu was to encourage publications on social networks extolling the beautiful story it built and the writing in books of facts, not so much relevant, if compared to the present trajectory of our biggest rival, which in recent years has stamped Libertadores, Copa do Brasil and Brasileiros.

Biggest rival. But is Flamengo still Fluminense’s biggest rival? Every tricolor fan should start questioning themselves. Are the biggest rivals of the Flu, sitting in the dusty chairs of the president and the deliberative council that feed on a vicious cycle of selling lunch to pay for dinner? They watch the death of a century-old institution, on the verge of insolvency, from their cabin. What is important? Circulate around the aristocratic headquarters with the pomp of importance or, in fact, prioritize football, the core of the club’s existence and of millions of fans around the world?

Fluminense urgently needs to break this feudal and centralizing model. In professional football, there is no more room for amateurism. It is what I believe it to be. Just amateurism.

Nine out of clear unmarked penalties, Brazilian way and public money, our rival broke this cycle. Not just him. Palmeiras, Galo, Athletico get rid of veterans to invest in promising and competent players. And Fluminense continues to collect career endings with astronomical salaries. On the payroll of the current squad, at least 3 million reais are thrown away every month.

Want names? Felipe Melo (the most expensive of the cast), William (like the first, he was no longer of use to Palmeiras), Matheus Ferraz, Fred (yes, even him!), Alan, Thiago Neves (I’m coming back!), Wellington and for Here it goes. The latter, after months without a title, had been selected in a semifinal and had a fundamental failure to open the gate of elimination against Corinthians in Itaquera.

What to say about the combined almost 20 million reais in acquisitions by unknown and questionable players? Cristiano and Caio Paulista. It is also part of the current management model to let Fluminense’s money go down the drain due to wrong choices. Scout, does not exist! Entrepreneurs play.

And it’s not just stop inflating the squad with former players and bad athletes. I mentioned Athletico, but several clubs give an example of professionalism and results. Ecuador’s Independiente Del Valle has a series C salary sheet in Brazil and has just won its second Copa Sulamericana. Club that invests in base, promising players and that doesn’t have money to spend for nothing. Remember anyone? But here the movement is different.

So, fan. Do you still think Flamengo is our biggest rival? Has it not happened to be the men who own the club’s pen and top rank? Mario? Of course. It’s Mário, Peter, Abad, Hocades, Gil Carneiro de Mendonça, Álvaro Barcelos, Fábio Egipto. Who is next?

And what’s the solution? SAF? In my opinion, maybe. But I don’t decide that alone. Members, responsibly decide the name of the next president or maintenance of the current one.