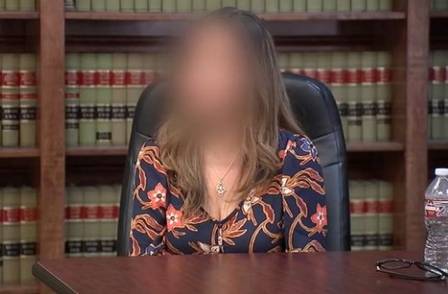 A woman claims to have been with “incurable” sexually transmitted disease (STD) after a janitor puts his penis in your water bottle while she was at work.

Lucio Díaz, 50, was cleaning offices in a medical building in Texas (USA) when he saw the water bottle, without the owner nearby, in one of the rooms, and decided to act before her return.

The victim is married and has two daughters. She chose to remain anonymous, according to ABC13.

“This guy is a sick man”said the victim.

The incident was recorded by a hidden camera in the office where Lucio was cleaning.

“He took out his cock and started sticking it in my water, I’d say probably halfway through. Then he tipped the bottle and basically rinsed his cock in my water.”denounced the American.

According to the victim, an STD test gave positive for an “incurable” diseasewhich was not revealed.

“I acquired (a sexually transmitted disease) for which he also tested positive”lamented. “He gave me an STD that I will have for the rest of my life. Nothing will change that. I want him to pay for what he did to me and then be deported.”she added to the broadcaster.

Lucio is Mexican and is in the US illegal way. He’s in Immigration custody.

According to the victim, the Mexican continued to work in the building, even after the administration was notified of the allegations.

“They have a duty to protect their tenants and they have totally failed in those responsibilities”said the woman’s lawyer, Kim Spurlock.

Previous World Cup 2022: 8 large TVs to watch the national team matches | Which one to buy?
Next Now go! Harrison Ford is confirmed at Marvel