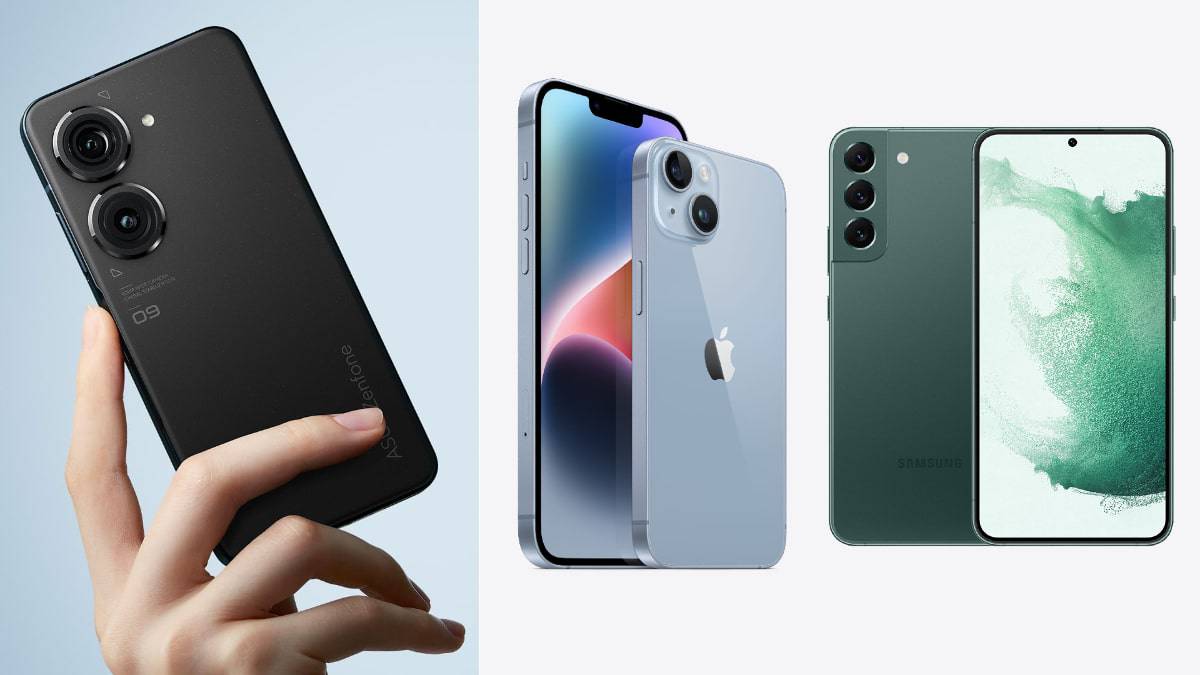 Asus launched the Zenfone 9 yesterday, its flagship smartphone with a relatively compact size, with its 5.9-inch screen, but as it compares to other flagships in the same segment like Apple’s iPhone 14 and Samsung’s Galaxy S22, both with 6.1 inch screens?

That’s what we’re going to answer in this post, which compares the new Asus device with models from leading companies on the market. The iPhone 14 went on sale this month in Brazil, and the Galaxy S22 was launched in February by Samsung.

Let’s start with the processors, and in that regard, everyone is well served, even though two of the chips were introduced last year. The Zenfone 9 comes with the new Snapdragon 8+ Gen 1, while the Galaxy S22 comes with its predecessor, the Snapdragon 8 Gen 1.

The iPhone 14, like the iPhone 14 Plus, is equipped with the A15 Bionic, a processor from the iPhone 13 line, which this year was maintained by Apple in its more affordable models.

Now we come to the cameras, always something essential when you want to buy a new smartphone. The Zenfone 9 and S22 have a 50MP main camera, while the iPhone 14 has a 12MP camera. The three models have 12 MP ultrawide cameras, the Zenfone 9 has a 113° angle, while the S22 and iPhone 14 have a 120° angle. At this point, the S22 stands out for having a third camera, a 10MP telephoto with 3x optical zoom.

The Zenfone 9’s selfie camera is a 12 MP with an F/2.5 aperture, that of the S22 and a 10 MP with an F/2.2 aperture. At this point, it is worth noting that the 12 MP selfie camera on the iPhone 14 has an F/1.9 aperture. The front cameras of Android models have dual pixel PDAF autofocus, while the iPhone has PDAF autofocus and the Face ID 3D sensor.

All three are also pretty tough, all with IP68 protection, but the iPhone 14 can go deeper, up to 6 meters deep for 30 minutes, while Android rivals can be submerged for that same amount of time, but to a depth of just 1 meter. and Midle.

The three smartphones have screens with a refresh rate of 120Hz. The Zenfone 9 has a 5.9-inch Super AMOLED, the iPhone 14 has a Dynamic AMOLED and the S22 has a Super Retina XDR OLED.

In terms of price, nobody beats the Zenfone 9. In the launch promotion, it is costing R$3,599.10, but its regular price is already very interesting, R$3,999. The Galaxy S22, for example, does not cost less than R$4,199, a price similar to the official value of the Zenfone 9.

In addition, there is a much more affordable option, the 3rd generation iPhone SE, which starts at R$4,299, but it has a much smaller screen and only one camera.

The Zenfone 9 arrives to compete for its space in a market that already has great devices like the Galaxy S22 and iPhone 14, and what’s better, charging very cheaply for it.

Despite having a better processor than the S22, it costs much cheaper (in the launch promotion), and its price difference to the iPhone 14 is quite large.

For those who don’t mind a smartphone that doesn’t have such a big screen (although it’s not small), it can do the job and compete very well with rivals from more famous and respected companies.