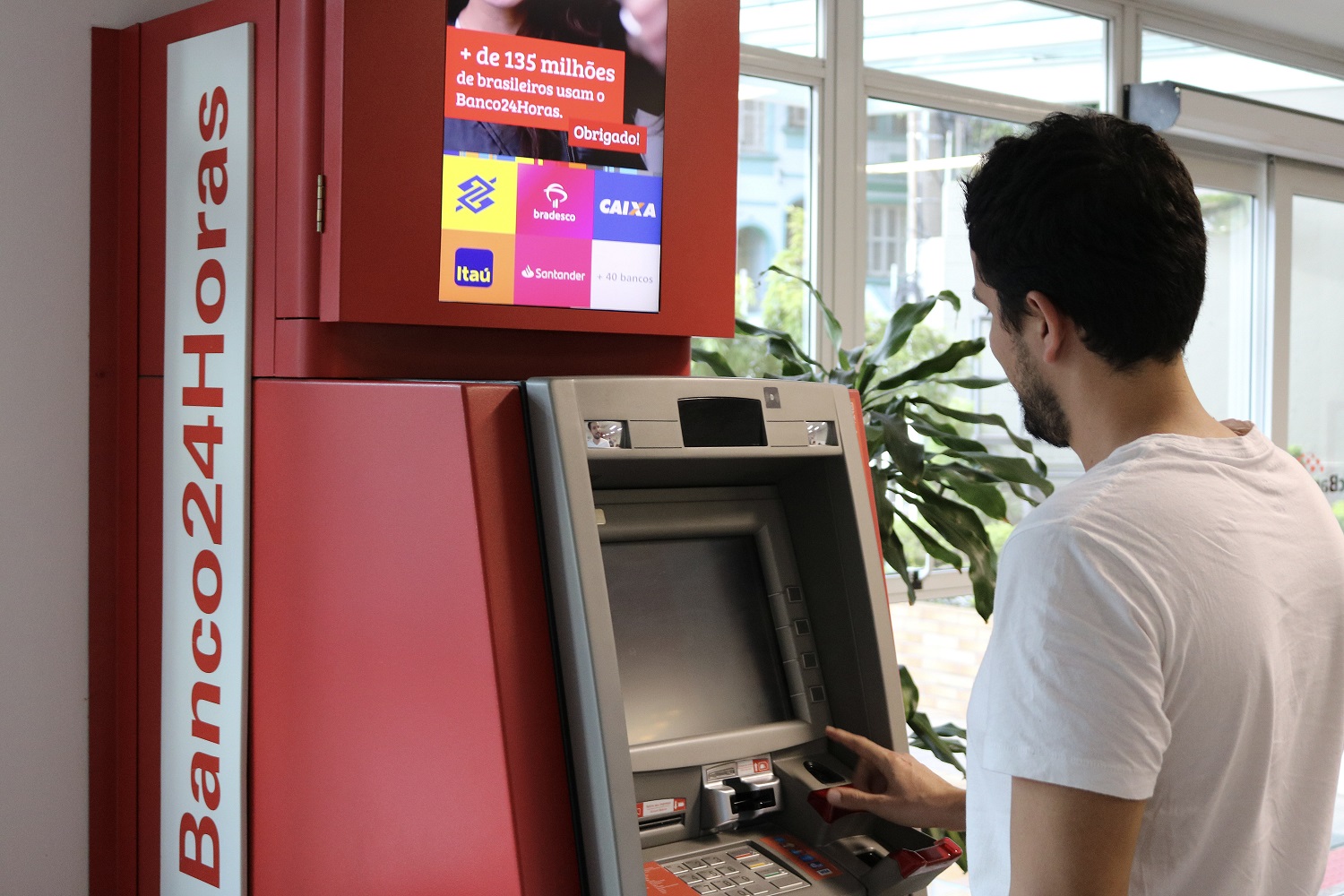 The net Banco24Horas will provide cash withdrawals of digital currency Tether USD (USDT), which has parity with the dollar. There will be 24,000 ATMs offering this functionality, which goes into effect on November 3rd.

The objective, according to the company, is to reach the unbanked population of the country, that is, those who do not have an account in any institution. That’s what Paolo Ardoino, Tether’s chief technology officer, explains.

“Adding Tether tokens to ATMs in Brazil offers the opportunity to include more people in the financial system,” he said. “This will bring major changes not only to the payments sector, but to the entire Brazilian financial ecosystem,” he added.

How will the service work?

According to the company, the withdrawal will involve the conversion of USDT cryptocurrency into reais, according to the current exchange rate. The operation will be carried out through the Brazilian startup SmartPay, in charge of carrying out intermediaries between TecBan, responsible for Banco24Horas’ tellers, and Tether in Brazil.

Celcoin, a Payment Institution (IP) regulated by the Central Bank, will make the connection with the Brazilian payment system. You will need to generate an order informing CPF, e-mail and the amount that will be converted. After sending the USDT to the address provided, the user receives a code that must be used to complete the digital withdrawal at Banco24Horas ATMs.

“The user visits our site and we generate a Tether address for him to make the transfer. Then we provide a code to make the withdrawal, along with the CPF, at the ATM”, explains Rocelo Lopes, CEO of SmartPay.

The executive also explains that the user will be able to send USDT for withdrawals from digital wallets, such as TrustWallet, or through cryptocurrency exchanges that use the Tron network – the tool is known for charging cheaper fees for transactions.

Reverse option is in the plans

After the launch of USDT withdrawals in November, the next step for companies will be to offer the inverse option, that is, the conversion from reais to USDT. This is expected to be done through cash deposits at TecBan network ATMs. The implementation is expected to start in February, when 4,000 terminals are signed up.

Currently, USDT is considered the largest stablecoin (stable cryptocurrency) in the world, with a market valuation of $68 billion. For each USDT token, the value of US$ 1 is paid. According to the company’s data, more than US$ 1.4 billion was traded in USDT in Brazil alone.