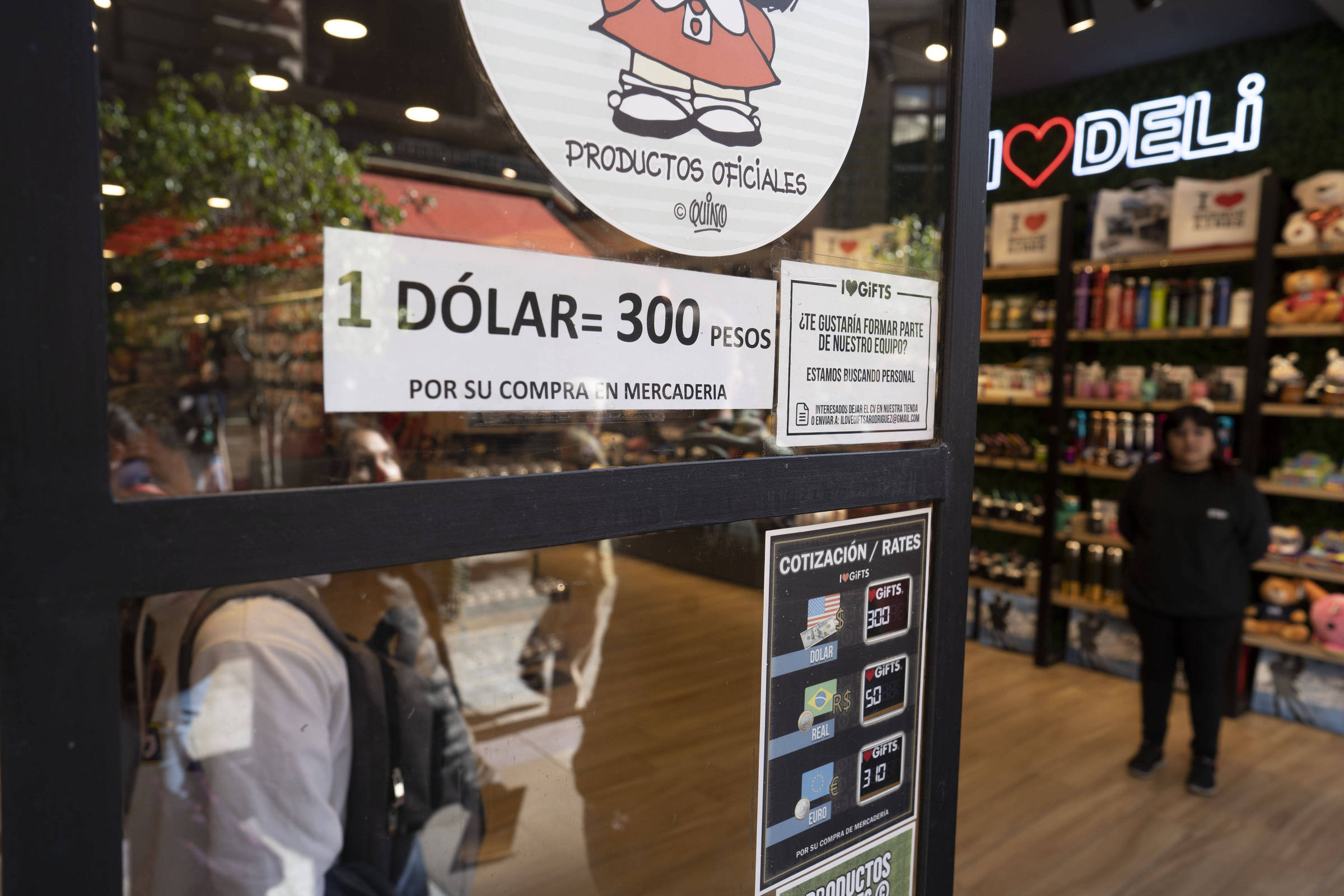 On a gray Saturday morning, merchants and residents of Morón, in the province of Buenos Aires, arrive at the square early, to take the best seats as early as possible.

Nahuel, 32, arrives with the scowling, scrunched-up face of someone who has had little sleep. “I work as an app driver until late at night. It’s cold, I can’t be at the fair when they start to set it up,” he says.

Trusting that your product is good, it will settle in a more discreet corner. “There are kids who come just to see if they leave here with good sneakers at a good deal”, she says, smiling.

In the front row of the vendors are sisters Chayanne and Laurimar, 43, from Venezuela.

They bring clothes of different types that they share, despite the little space they have, in sections, as if it were a small department store. There is the coat rack for men’s shirts, and for women’s, while shirts and pajamas are spread out on a rack on the floor. In two large crates are underwear.

“During the week, we sell in our store. On the weekend, we bring merchandise here because it’s easier to move around, because here we don’t just work with money, but also with barter”, they say.

Cousins ​​Julio and Hugo arrive with their huge mattresses and place them in the middle of the fair. The products are packaged, “but you can try it”, they offer. Also bring bedding and blankets.

In all three cases, the products are first-hand, purchased at wholesale markets, such as La Salada or Once. Selling outside the commercial space allows you to avoid some fees and taxes and offer the cheapest product. And also change it.

Barter was practically institutionalized in Argentina after the 2001 crisis, when most Argentines had their money kidnapped by the policy of “corralito” (megabank confiscation imposed by the government). Dozens of types of paper money appeared to replace the peso notes, among them the “patacones”. And the phenomenon lasted for months.

“Today’s barter is something else. First, it is much smaller in scale. It serves the population that even regained their jobs from before the pandemic, but they can no longer make their salary the same as before because of the currency devaluation. It also caters to informal workers, who have grown in number [hoje ao redor de 44% do mercado de trabalho] but whose purchasing power has also not risen”, he tells Sheet economist Hernan Lechter.

In Morón’s market, barter is more for agreed prices and negotiated out loud, with sellers comparing clipboards with the values ​​of their things.

Does one sneaker for six shirts seem fair? Forward. If it doesn’t look like it, negotiate. On the day the report visited the place, Julio and Hugo managed to exchange a good mattress for a new TV. “It’s to follow the World Cup”, they smiled.

There are other barter fairs, such as the one that takes place seasonally in the Plaza de Mayo, where a symbolic paper currency, printed by the market organizers, carries the words “voló el trueque” (barter is back).

There, clothing and food are the most sought after products. Some take second-hand clothes, looking to exchange them for something to eat to take home.

The fairs in Plaza de Mayo are organized by the Frente de Organizações em Luta (FOL), a social organization that also promotes protests against the government’s economic policies. “Informal workers and those with a formal contract are without readjustments; how is it supposed that there can be commercial activity like this?”, asks the FOL in a statement delivered to the government.

In other areas of the metropolitan region of Buenos Aires, “barter” fairs are much more present than in the capital, and are organized by the residents themselves, such as the one at Villa Fiorito, which takes place every Monday and Saturday afternoon.

There, basically second-hand clothes, shoes, toys, kitchen utensils and food are exchanged. There is hardly any money to be seen. Handwritten tables are compared, negotiated, and each one leaves with their product a few minutes later, if there is an agreement.

With inflation reaching 100% a year in December, many families have not been able to make ends meet. According to the latest report on poverty by Indec (Argentine IBGE), 36.5% of Argentines are below the poverty line.

“We bring things here, some new ones, some goods that family members would sell elsewhere, in exchange for food and even medicine”, says Lucy, 62, who remembers the 2001 crisis. “, he reports. According to government data, in 2002, the exchange markets involved more than 7 million Argentines (about a fifth of the country’s population at the time).

With the new escalation of inflation, Minister Sergio Massa announced a new price protection system in addition to the already existing list of frozen prices, the “careful prices”.

The new measure creates “fair prices”, where it is promised that the impact of inflation will be less.