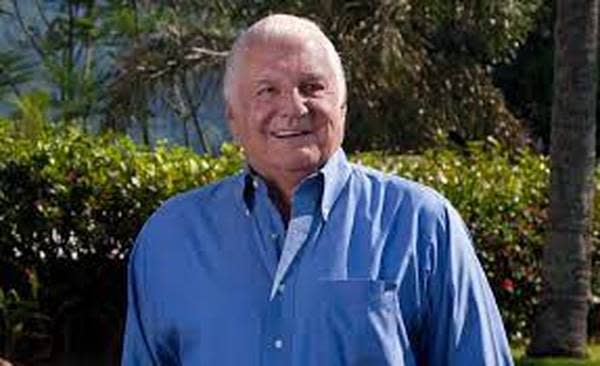 Businessman Olavo Monteiro de Carvalho died this Thursday in Rio. He was one of the great carioca entrepreneurs. He was discreet, passionate about Rio, defender of the environment and an executive ahead of his time.

The news was first reported by GLOBO columnist Lauro Jardim. Olavo, who was admitted to the Copa Star hospital in Rio, suffered a stroke. In a statement, the hospital mourned what it called an “irreparable loss”.

Olavo studied at Colégio Santo Inácio, in Rio de Janeiro, and graduated in Mechanical Engineering at the Technical University of Munich, Germany, where he became an intern at Volkswagen. He also had stints at J. Henry Schroder Bank in London and New York.

With experience abroad, he became director of the Monteiro Aranha Group, a company he presided over from 1978 to 1996. Two years after joining the family group, he led the sale of half of Monteiro Aranha’s shareholding in Volkswagen do Brasil to the Kuwaiti government.

After the Volkswagen transaction, the group, which already had investments in several sectors, further expanded its business, which ranged from the telecommunications and sanitation sectors to the financial and petrochemical areas.

Today, among its main assets, the group has stakes in companies such as Klabin, the pulp company it helped to found, and Grupo Ultra, which distributes fuel and gas. He left the presidency of the Monteiro Aranha group in 1996, becoming chairman of its Board of Directors.

The businessman was also a member of the boards of directors of Klabin and Grupo Ultra.

He was considered a true “workaholic”. He would wake up at 5:30 am, and by 8:00 am he had read all the newspapers. But he was a party boy too. He loved to promote parties at his mansion, in Santa Tereza, for friends and international personalities, such as singer Mick Jagger.

His passion for Rio and Brazil led him to follow parallel paths to the business world. He liked to think about the future. For this reason, he was a founding member of the Institute for the Study of Industrial Development (Iedi), a business entity created in the late 1980s to discuss strategies for the development of Brazil. He founded, in 1997, the Instituto Marquês de Salamanca (IMDS).

In 2005, he assumed command of the Commercial Association of Rio de Janeiro (ACRJ), where he remained until 2009. In 2005, he received the title of Count of Los Llanos from the King of Spain. He created the Rio Forum, with the main objective of formalizing micro and small entrepreneurs.

Ahead of ACRJ, Olavo participated in the campaign to elect Christ the Redeemer as one of the seven wonders of the modern world and in the Rio 2016 Executive Council, as one of the representatives of the Rio 2016 Business Council, which worked for the election of the city of Rio as the headquarters of the 2016 Olympics.

Olavo also liked to write. He partnered with the Center for Research and Documentation of Contemporary History of Brazil (CPDOC), of Fundação Getúlio Vargas, and published the book “A casa do entrepreneur – Trajetória da Associação Comercial do Rio de Janeiro” in 2009.

Passionate about the environment, in addition to working for the Monteiro Aranha Group, Olavo invested in businesses such as the company EcoAqua Soluções, for industrial sanitation, and Bioexton, for the treatment of organic waste. He was also an exporter of broad-sleeved marching horses.

Eva Monteiro de Carvalho said that her uncle will be missed:

— My uncle Olavo was an extraordinary person, with a huge heart and full of kindness. He always welcomed us with words of affection and encouragement. He was a great enthusiast, liked to know everything and was always ready to help. Being with him was always special. Uncle Olavo will be greatly missed by our family.

By friends, Olavo is remembered as a great host, who welcomed everyone into his house with joy, whether for corporate events, informal lunches or unforgettable parties. He treated everyone with the same kindness, regardless of social class.

Mauro Ribeiro Viegas Filho, president of the Business Council for Infrastructure at Firjan, 73, says he met Olavo as a teenager, when they were studying at Colégio Santo Inácio.

– We always had a connection with families and, later, a lot of affection in the business activity. He was a person very dear to everyone. Very excited, he loved to gather his friends.

Chiquinho Brandão, 73-year-old founding partner of FSB, who had known Olavo “all his life”, had the opportunity to talk to his friend last Sunday, when he was hospitalized, and noticed his tired voice as he was already very sick.

– I was very shaken when I received the news today, but he rested – regretted Brandão. – He was an extraordinary person. He always dealt with people very equally. He was already the leader of the Monteiro Aranha Group, and I still didn’t have anything. He helped me a lot. You will be sorely missed.

José Antônio Nascimento Brito, president of the Commercial Association of Rio, 70, also describes Olavo as a good friend. For him, he was a person “of good and good with life”.

– You could sit down and talk to him for two, three hours straight, which would be an intelligent, articulate and fun conversation – recalls Brito. – He threw magnificent parties in Santa Teresa. He was an ambassador for Brazil in his own way, bringing people from outside to get to know the country. It was even at one of these parties that Luciana Gimenez started dating Mick Jagger. Everyone saw.

The president of Acerj also highlights the leader that Olavo was:

– He had a huge vision of the country and was betting on Brazil. I thought modern. In the association he was a great adviser.

The Federation of Industries of the State of Rio de Janeiro (Firjan) expressed, in a note, its great regret at the death.

“In addition to being a great businessman from Rio de Janeiro and Brazil, Olavo Monteiro de Carvalho was, above all, a great thinker and a defender of the city of Rio de Janeiro. As a businessman, he worked in large conglomerates, without forgetting the socio-economic and cultural development of the city. Rio and the country are losing a great Brazilian”, said the acting president of Firjan, Luiz Césio Caetano.

He was married three times, to Betsy Salles, Andrea Dellal and Claudia Reali. He leaves four daughters and eight grandchildren.