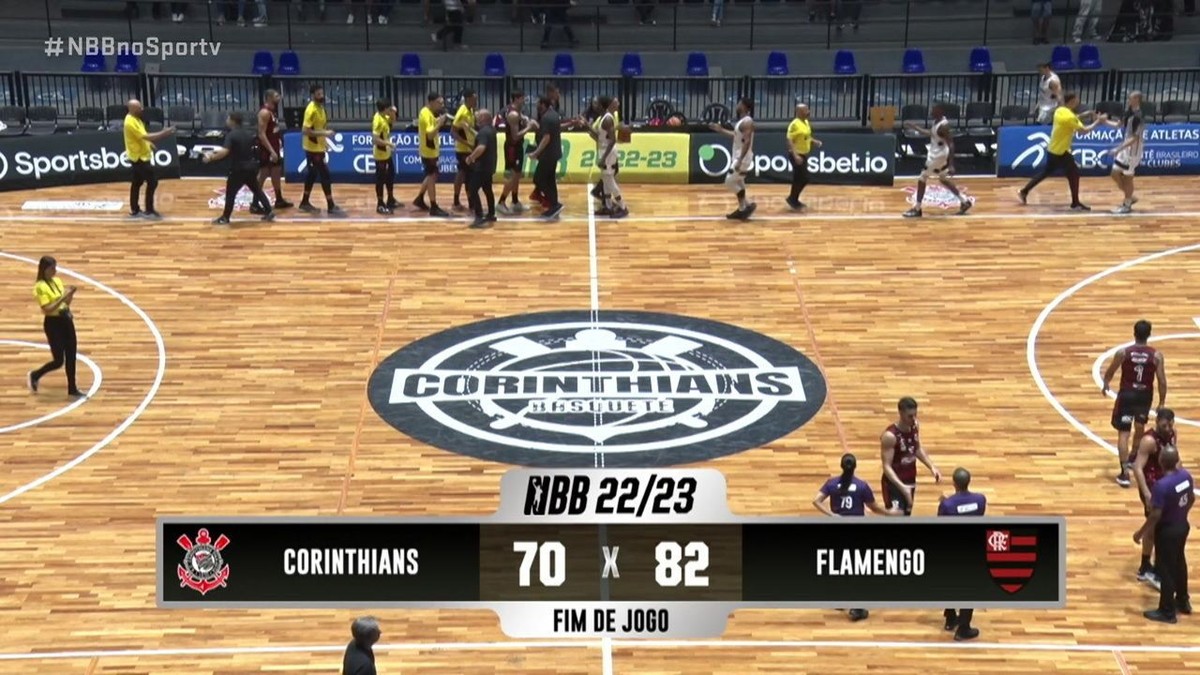 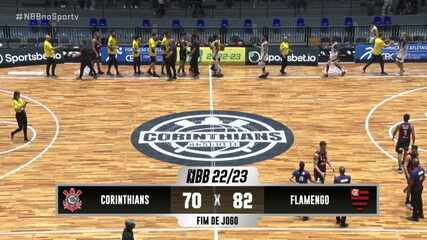 The game was very balanced, decided in the final minutes, with an emphasis on winger Gui Deodato, the top scorer of the match with 17 points and one of Flamengo’s new reinforcements for the season. Corinthians had a good volume of play, even being ahead of the score in the first half, but the red-black victory came in consistency and in the use of three-point baskets, a trademark of the team.

Flamengo beats Corinthians 82-70 in the 2nd round of the NBB – Photo: Disclosure/NBB

The two teams return to the court next Saturday, for the 3rd round of the NBB. Flamengo travels to Paraná where they will face Pato Basquete, at 3 pm. Corinthians welcomes Paulistano at 6pm at Parque São Jorge.

Flamengo arrives in the 2022/2023 season as one of the favorites for the titles. After winning the World Cup last season, the team led by Gustavo Conti was national runner-up after losing to Franca in the decision.

The first quarter was balanced, but Corinthians managed to open up an advantage by 27 to 22 in the partial. On the one hand, Flamengo yielded in three-point attempts, with Hettsheimeir sharp in the conversion, but the strong defense of the home team made the volume of play to be greater.

In the second quarter, Gabriel Jaú entered the court well, with good assists to help Flamengo convert 10 points early on and turn the score around. Corinthians tried to run more with the ball after a timeout from coach Léo Figueiró, managed to react in the attack, but ended up behind in the partial of 40 to 37 in favor of Rubro-Negro.

Corinthians entered more aggressively in the third quarter, opening with a three-ball, triple play and strong counterattack. The dispute was point to point on the scoreboard, tied several times. Flamengo felt the pressure, but managed to maintain performance in the three-pointers, and the partial reflected the balanced match, with only one point difference between the teams: Corinthians 61 x 62 Flamengo. 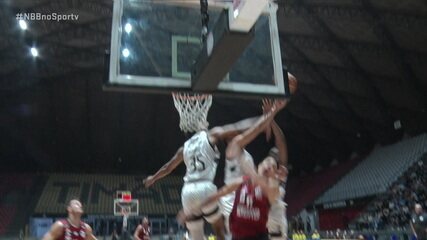 The game was open in the last quarter, marked by many errors on both sides of the court. Cuello repeated the good performance he showed in the game against Minas, helped Flamengo’s attack to open up an advantage at an important moment, opened up six points, but the hosts closed in defense and glued the score. In the final stretch of the match, Flamengo opened up twelve points and closed the score by 82 to 70.

Previous She-Hulk Double explains why a team from Ms. marvel would be perfect
Next release date is anticipated