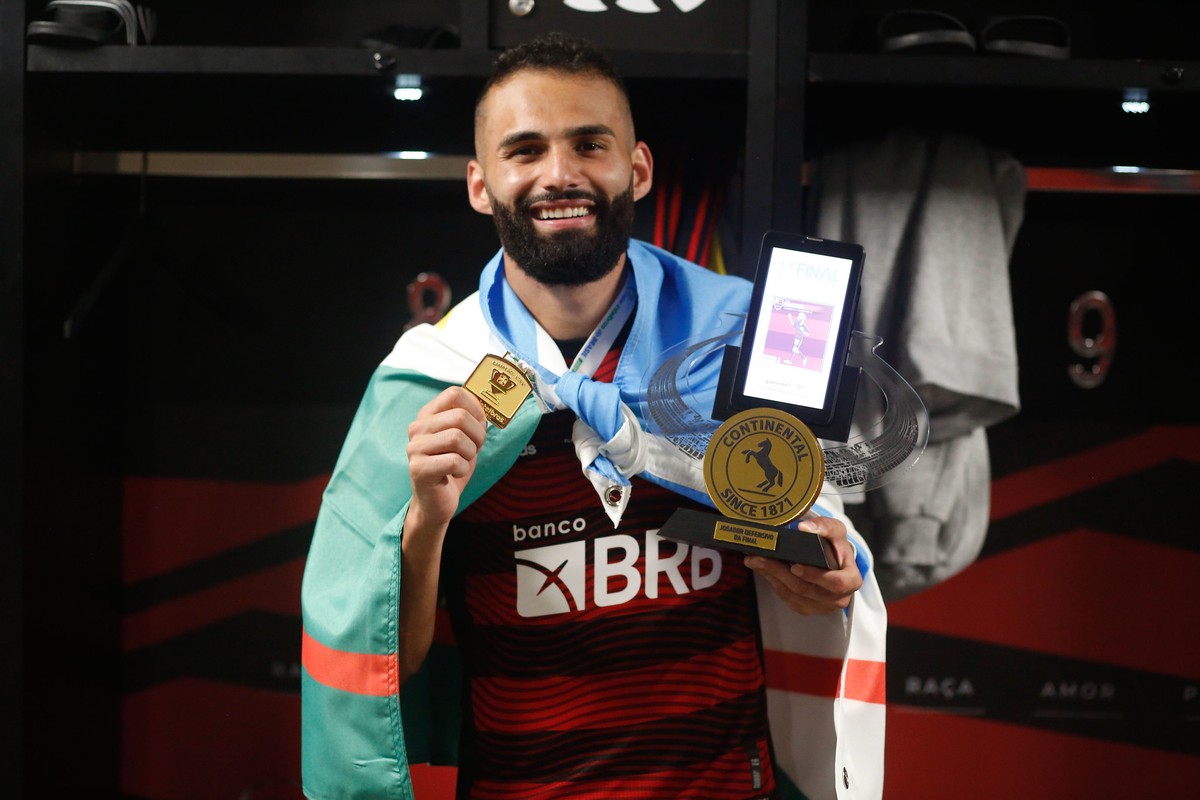 Flamengo shows up again at 4:30 pm and travels to BH at night; Thiago Maia makes resonance on Friday | Flamengo

As Marcos Braz said after winning the tetra of the Copa do Brasil, Thursday was dedicated to a lot of celebration by Flamengo players. And, in order for the athletes to rest a lot, the re-presentation of the cast was scheduled for an unusual time: 4:30 pm (GMT) this Friday.

The day’s festivities started with a barbecue in a place next to Ninho do Urubu.

+ Flamengo makes barbecue to celebrate tetra of the Copa do Brasil

After an exhausting victory on penalties with players substituted due to physical problems, cases of Thiago Maia, Pedro (stomach upset), Arrascaeta and Vidal, the squad will work in the CT in the afternoon and travel to Belo Horizonte only at 22:30 (Brasília time) .

Flamengo takes on América-MG this Saturday, at Independência, in Minas Gerais, at 19:00 (Brasília time), for the 33rd round of the Brazilian Championship. As he did against Cuiabá in the last round, Dorival will send to the field a team made up mostly of reserves.

The related list has not yet been defined, but all line holders should be spared the trip once again. Recovered from a left ankle injury, Erick Pulgar has a chance to return to the team.

Team B starter Vidal, who sprained both ankles, will not travel. Other immediate bookings can also be spared.

Thiago Maia displays the medal and award he won after the Copa do Brasil decision — Photo: Gilvan de Souza/Flamengo

Best of Flamengo in the game in São Paulo and absence very much felt in the final stretch of the second half of last Wednesday’s match, at Maracanã, Thiago Maia will have an MRI this Friday. The player asked to leave and was replaced by Fabrício Bruno due to pain in his right knee.

Despite the concern about swelling at the site, within the club there is optimism that no injury will be detected.

One of the highlights of Flamengo since the arrival of Dorival Júnior, Thiago Maia was present at the party organized by the club this Thursday and made posts smiling.