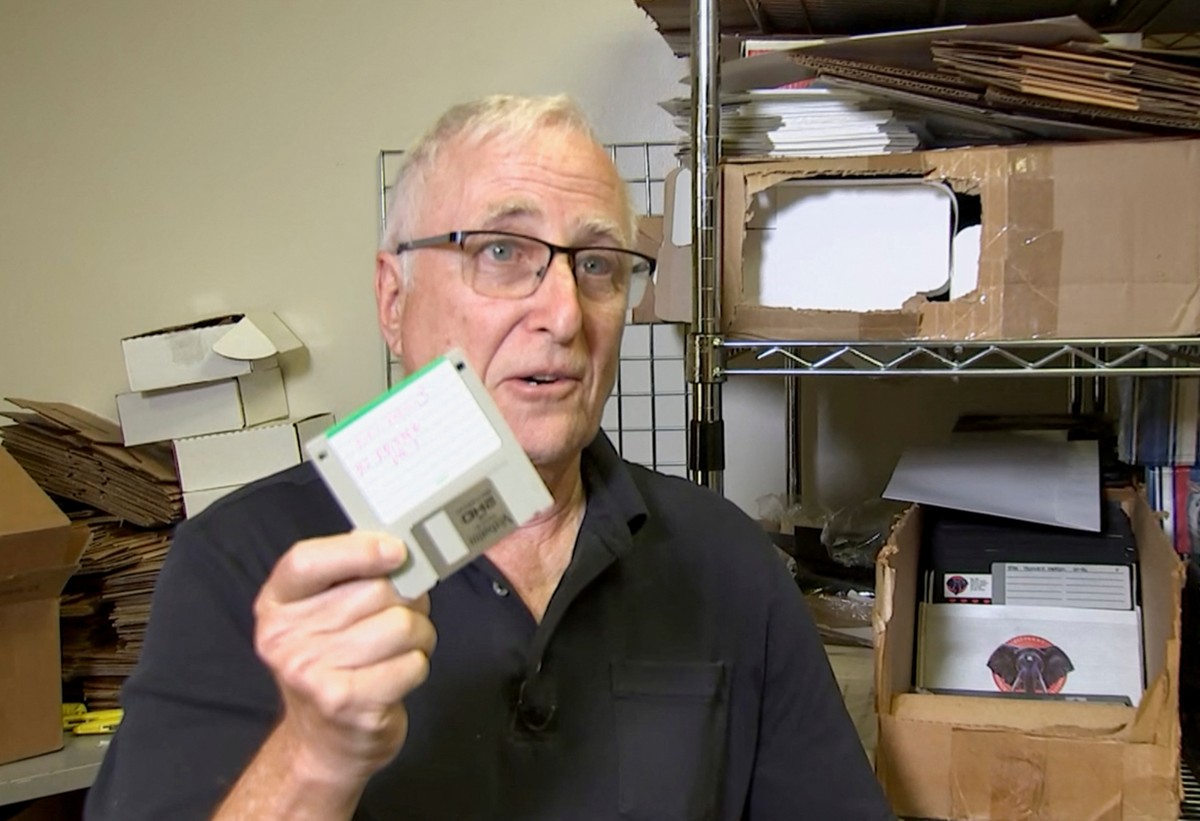 The floppy disk, a relic of the 90s for storing data, still resists. A 73-year-old American who works in this field says he sells about 500 devices a day and that the business is expanding.

Tom Persky is the owner of Floppydisk.com floppy recycling store in California. The company receives and formats used devices and then sells them to those who still need this technology.

Persky told Reuters that floppy disks are used in the metallurgical industry and the textile industry, which still rely on machines that use floppy disks. Devices are also purchased by aeronautics, especially for aircraft maintenance.

“If you built a plane 20 or 30 years ago or even 40 years ago, you would use a floppy disk to get information on some of the avionics. [eletrônica de aeronaves] this plane”, he says.

“Floppy disks are very reliable, very stable. Plus they have the added feature of not being very hackable,” says Persky.

He says that, in the 90s, he worked with software development for a company that duplicated the system on floppy disks. After being disconnected, he started to invest in the equipment and says he is passionate about it.

Floppy disks were created in the late 1960s and, more than three decades later, have fallen out of favor in favor of more efficient data storage solutions.

Store has thousands of used floppy disks, which are formatted and resold to those who still need them — Photo: Reuters/Alan Devall

What to do if storage is full?

Previous Find out how much you’ll pay to share Netflix passwords from 2023
Next 5 great productions with Mila Kunis, protagonist of the movie A Very Lucky Girl