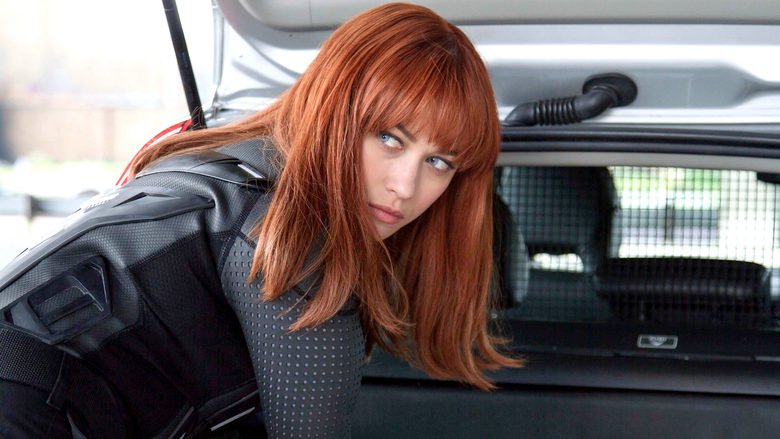 Globo will show the film Momentum

Globo will show in Corujão this Saturday (17) to Sunday (18) the film Momentum. Released in 2015, the film stars Morgan Freeman, James Purefoy, Olga Kurylenko, Jenna Saras, Karl Thaning, Lisa Leonard. The direction was made by S. Stephen Campanelli. The feature film will air at around 3:15 am on the Corujão I block, right after the rerun of Cara e Coragem.

The film tells the story of Alex (Olga Kurylenko), a trained ex-military turned thief, is pulled by her ex-partner into a high-tech bank robbery (her ‘last job’). During the robbery, she accidentally steals a valuable flash drive containing incriminating evidence.

Alex is then relentlessly pursued by a team of agents led by Washington (James Purefoy), who was sent by an anonymous senator (Morgan Freeman) to retrieve the flash drive. While involved in a violent and frantic cat-and-mouse chase across the city, Alex tries to uncover the conspiracy behind her pursuers. The film had its world premiere at the Fantasia International Film Festival 2015 on July 22, 2015 in Montreal, Quebec, Canada, the director’s hometown.

Momentum received generally negative reviews from film critics. On Rotten Tomatoes, the film has an approval rating of 26% based on reviews from 31 critics, with an average score of 3.6/10. On Metacritic, the film has a score of 18 out of 100 based on reviews from 6 critics, indicating “overwhelming dislike”. During the film’s UK opening weekend, the film only managed to gross £46 out of the 10 theaters it was shown in. In Malaysia, it took in $60,126 in two weeks, and in Thailand, it took in $43,940 in its opening weekend. Overall, it was a box office failure.

A teenager decides to run away from home and travels to the past. When she …