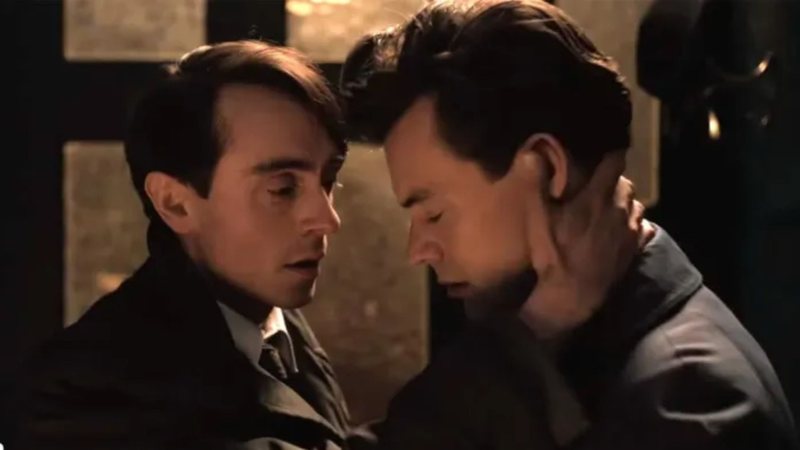 Harry Styles ‘was very collaborative’ in intimate scenes of My Policeman, says actor

The love triangle between Harry Styles (Tom Burgess), David Dawson (Patrick Hazlewood) and Emma Corrin (marion) in My Policeman It has become a hot topic in recent months. During an interview with The Hollywood Reporter, Dawson commented behind the scenes of the film.

In the production plot, Tom Burgess and Patrick Hazlewood live gay romance when homosexuality was illegal in the UK in the 1950s. Dawson, styles “was very collaborative” while filming intimate scenes between the two.

+++READ MORE: What Harry Styles Really Said About Gay Sex In My Policeman

“I’ve been lucky enough to work with a lot of important people over the years. But you think, ‘How weird is life?’ because you’ve seen that person as a musician since the age of 16, basically,” he said. “[Harry Styles] is incredibly down to earth and a nice guy from the North. We communicate throughout the entire process. It was very collaborative.”

Furthermore, David Dawson recalled the expectation of filming with the singer after receiving the script with the intimate scenes: “You hope that the person you go through this process with is someone you can totally trust and who communicates with you. And I have it all. and much more with Harry.”

Love, lust, and friendship. The cast of #MyPoliceman share a look into the beautifully devastating story of three lives and the love they share. pic.twitter.com/0oByYDiiZu

More about My Policemanstarring Harry Styles

My Policeman adapts the homonymous book written by bethan roberts released in 2021. The film is scheduled to be released in UK cinemas on October 21, 2021, but arrives at Amazon Prime Video on November 4th.

Harry Styles revealed how My Policeman, a romance film starring the actor, has “tender and loving” gay sex scenes. It is worth remembering how production is driven by Michael Grandage and follows a married British police officer in the 1950s who has an affair with a museum curator.

+++READ MORE: Harry Styles: How did therapy (and shower) help you deal with harassment in your personal life?

In addition to styles in the cast with the role of Tom Burgess, David Dawson (Patrick Hazlewood) played the romantic partner of the character, since Emma Corrinstar of The Crownplayed the wife of Tom Burgess.

“I think everyone, myself included, has their own journey of discovering sexuality and becoming more comfortable with it,” the singer and actor said during an interview with Rolling Stone USA. “It’s not like, ‘This is a gay story about these guys being gay.’ It’s about love and wasting time for me.”

A lot of gay sex in movies is two guys doing it, and that kind of takes the tenderness out of it.

“There will be, I imagine, some people watching the movie who were very much alive during this period when it was illegal to be gay, and [o diretor Michael Grandage] wanted to show how tender, loving and sensitive he is,” continued Harry Styles.

Previous Lula’s ally, Fernández guaranteed barbecue, but consumption in Argentina is the lowest in 100 years – News
Next Gabigol? Danilo? Raphael Veiga? Tite hides the shortlisted from the selection. For fear of controversy. Insecurity, lack of conviction – Prisma