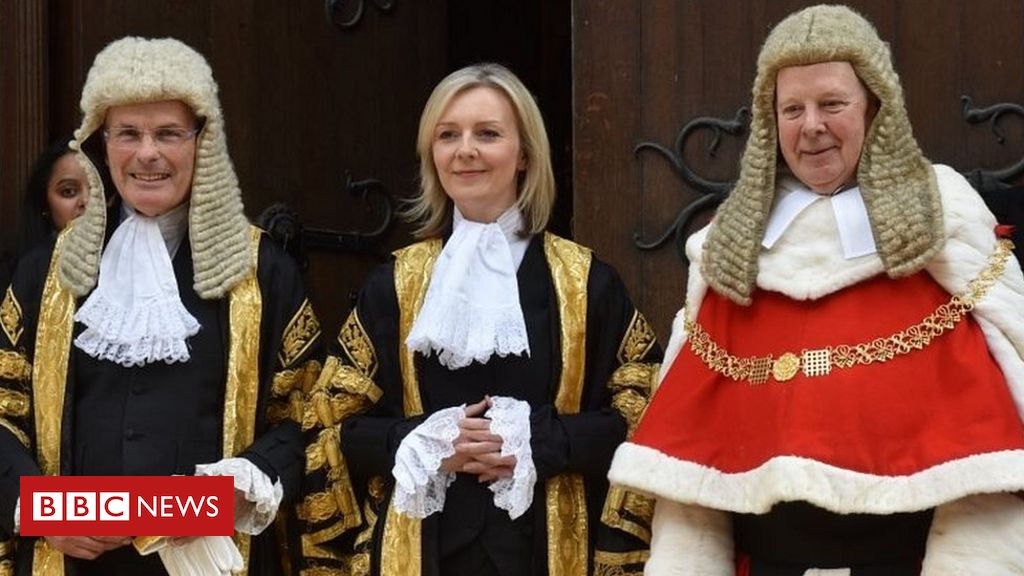 Liz Truss: the political journey of the UK prime minister with the least time in office

Just 44 days after becoming prime minister, Liz Truss has announced that she will step down.

Until now, the shortest-term prime minister had been George Canning, who died in August 1827. He spent just 119 days at the helm of the British government.

But by the end of the week that began with the queen’s funeral, the seeds of Truss’s political crisis had already been sown – in the mini-budget of then Economy Minister Kwasi Kwarteng.

The budget included £45bn in tax cuts, financed by loans, which spooked financial markets and caused a sharp drop in the value of the British currency.

The government was soon forced to abandon plans to cut the top income tax rate, but continuing market turmoil meant that the Bank of England had to step in to prop up the value of government bonds.

In the week before Truss resigned, she fired Kwarteng – a close friend – and was forced to accept scrapping most of the mini-budget tax cuts along with her broader economic agenda.

To tackle rising energy bills, the prime minister also established an energy price guarantee, saying that households using an average amount of gas and electricity (the amount considered typical among the population) would pay £2,500. (R$ 14.76 thousand) per year. This guarantee was later reduced from two years to six months.

Day by day, her government’s grip on events has disintegrated – and a growing number of Conservative lawmakers have publicly called for her to step down.

So where did Liz Truss come from and what made her become such a big name in politics?

A supporter of the UK’s stay in the European Union in the 2016 Brexit referendum who reinvented herself as the darling of the conservative right, she began her political journey as a teenage liberal Democrat activist.

But her pledge to rescue core conservative values ​​- by cutting taxes and shrinking the state – was welcomed by members of her party, who chose her over Sunak in the leadership vote.

Crucially, in the eyes of those who thought Boris Johnson was unfairly fired from office, she remained loyal to him until the end, when other ministers deserted him.

Who is Liz Truss?

Born in Oxford in 1975, Truss described her father, a math professor, and mother, a nurse, as “left-wing”.

As a young girl, her mother took her on marches for the Campaign for Nuclear Disarmament, an organization that vehemently opposed the decision of the Margaret Thatcher government (1925-2013) to allow the installation of US nuclear warheads on a former air base in the west. from London.

Although she is now proudly a Leeds Conservative, back then she was closer to Scottish liberal ideals. The family moved to Paisley, west of Glasgow, when Truss was 4 years old.

In an interview with the BBC, she recalled singing “Maggie, Maggie, Maggie – oot, oot, oot” (Out Maggie – Thatcher’s nickname) in a Scottish accent, while participating in marches.

The Truss family later moved to Leeds, where she attended Roundhay, a state school. She said she saw “children who failed and were hampered by low expectations of them” while there.

Some of Truss’s contemporaries at Roundhay contested her account, including British newspaper journalist Martin Pengelly, who wrote: “Perhaps she has a selective view of her upbringing and is criticizing the school and the teachers for simple political gain.”

A colleague of his from Roundhay, who did not want to be named, told the BBC: “It was a very good school, with very supportive teachers. Many of us went to good universities and built good careers.”

Although they weren’t friends, he has clear memories of young Liz Truss. “She was very studious, serious,” he says, with a “strong social conscience” and part of a group that was environmentalist.

“I remember a school trip to Sellafield [usina de reprocessamento de material nuclear] and of her asking tough questions, an interrogation. I remember that clearly.”

At Oxford University, Truss studied Philosophy, Politics and Economics. Her friends remember her as a dear, albeit frantic, student.

Truss was involved in many campaigns and causes at Oxford, but devoted much of her time to politics, eventually becoming president of the university’s Liberal Democrats.

At the party conference in 1994, she spoke in favor of abolishing the monarchy, telling delegates in Brighton: “We Liberal Democrats believe in opportunity for all. We do not believe that people are born with the right to rule.” She also campaigned for the decriminalization of marijuana.

His conversion to conservatism at the end of his time at Oxford is said to have shocked his parents, but for Mark Littlewood, an Oxford colleague, it was a natural progression.

“She was a market liberal her entire adult life,” says Littlewood, who is now director general of a free-market think tank, the Institute of Economic Affairs.

“Her political career reflects her ideology – she has always been highly skeptical of interventionist governments and privileged institutions that think they know best,” Littlewood said.

She became a conservative because she met like-minded people who shared her commitment to “personal freedom, the ability to shape your own life and shape your own destiny,” she explained.

After graduating from Oxford, she worked as an accountant for Shell and Cable & Wireless and married accountant Hugh O’Leary in 2000. The couple has two children.

But with her unshakable political ambitions, she was elected councilor in Greenwich, southeast London, in 2006 and, from 2008, also worked for the centre-right think tank Reform.

Conservative leader David Cameron put Truss on his list of priority candidates for the 2010 election, and she was selected to run for the South West Norfolk seat.

But she faced a campaign not to run after it was revealed she had an affair with Conservative Representative Mark Field a few years earlier. The effort to overthrow her failed, and Truss won the seat with more than 13,000 votes.

She co-authored a book with four other Conservative MPs elected in 2010 in which they recommended easing state regulation to improve the UK’s position in the world, marking her as a prominent advocate of free-market policies in the Conservative caucus.

She campaigned for a stay in the 2016 referendum, writing in Britain’s The Sun newspaper that Brexit would be “a triple tragedy – more rules, more forms and more delays when selling to the European Union”.

However, after her side lost, she changed her mind, arguing that Brexit offered an opportunity to “change the way things work”.

In the government of Prime Minister Theresa May, she became the first woman to be Minister of Economy and also of Justice, but she had several clashes with the judiciary and was demoted to Chief Secretary of the Treasury.

When Boris Johnson became Prime Minister in 2019, Truss was transferred to Secretary of International Trade – a role that meant finding global political and business leaders to advance the UK economy.

In 2021, at the age of 46, she assumed one of the highest positions in the government, replacing Dominic Raab as secretary of foreign affairs.

Her decision to pose for photos in a tank while visiting British troops in Estonia was seen as an attempt to emulate Margaret Thatcher, who had been photographed aboard a tank in 1986. It also fueled speculation that she was looking to position herself to take over. the conservative leadership.

Truss’ campaign for party leadership was not without controversy.

Pressed on how she would deal with the cost-of-living crisis, she said she would focus her efforts on “reducing the tax burden, not handing out alms.”

She was forced to abandon a plan to link public sector wages to regional living costs by a backlash from senior Conservatives, who said it would mean lower wages for millions of workers living outside London.

In another controversial episode, she accused Scotland’s Prime Minister Nicola Sturgeon of “wanting to show up”, adding that it was best to “ignore her”.

She also clashed with French President Emmanuel Macron, who accused her of “playing for the crowd” at a leadership meeting. Asked whether Macron was a “friend or foe”, she said there was still no decision.

But it was a domestic issue that dominated the sometimes turbulent leadership contest with Sunak. And it was Truss’ response to the cost-of-living crisis that would make his tenure the shortest in UK history.