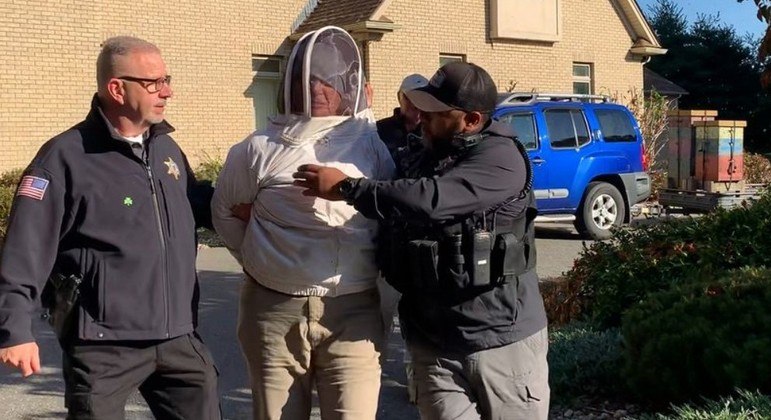 Nature’s weapon: woman is arrested after throwing bees at police officers who were complying with eviction order – News

A woman used nature to try to get rid of police officers who were complying with a court order at a residence. The unusual assault was recorded in Hampden County, Massachusetts, USA.

According to the police, they were carrying out an eviction order on the 12th, in a large house whose owner had accumulated more than R$ 6.26 million (US$ 1.2 million) in outstanding debts. The target was Alton King Jr., who was absent from his residence, having gone to the local court to appeal the expulsion.

That’s when the surreal moment began. According to Deputy Sheriff Daniel H. Soto’s report, a car towing a trailer approached officers waiting at the scene. A woman got out of the driver’s seat and started shaking some hives to get the bees out of the trailer.

The woman, later identified as Rorie Susan Woods, did not stop there. She donned a beekeeping outfit and commanded the bee army against the cops.

She took three more hives out of the trailer and the bees started stinging the cops—one of them, in the face. Three of the officers were allergic, according to the sheriff’s department.

When they finally managed to get close to Rorie, she resisted arrest, but ended up handcuffed minutes later.

Rorie was indicted for “assault with a dangerous weapon” (the bees!) and disorderly conduct. She was released and will respond in freedom. Her connection to the target of the eviction, which has been dragging on in local courts for years, was not disclosed.


READ BELOW: Man covers himself with 20,000 bees to break world record and fails