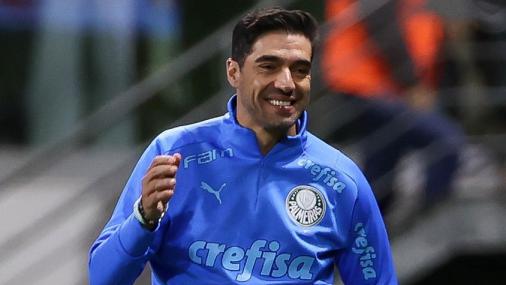 Palmeiras continues to reap the rewards of a great season in 2022. This time, the recognition is worldwide. The club and coach Abel Ferreira were nominated, this Thursday, for the award for the best in the world by the Globe Soccer Awards, an event that takes place in Dubai, in the United Arab Emirates, since 2010. The award is scheduled to take place on the 17th of November, before the Cup.

> Remember the invincibility of Palmeiras away from home in the Brasileirão
> See classification and simulator of the Brasileirão-2022 by clicking here
​
Current champion of the Recopa Sul-Americana, champion of São Paulo, runner-up in the world and coming from a two-time continental championship, Verdão, who leads the Brasileirão-2022, was nominated for the award for best men’s football club in the world. The competition has Athletico-PR and Flamengo, Libertadores finalists.

Clubs such as Boca Juniors, River Plate, Real Madrid, Bayern Munich and Manchester City are also in the running for the award. There are 20 teams in contention.

Abel Ferreira, who has been doing consolidated work at Palmeiras since the end of 2020, is in the running for the award for best coach in the world in 2022. The Portuguese also has a Brazilian competition among the nominees: Renato Gaúcho, who currently heads Grêmio, in Serie B of the Brazilian Championship.

But Abel also “fights” with great European coaches for the award, such as Carlo Ancelotti, Pep Guardiola, Jurgen Klopp and José Mourinho. As with the club awards, there are 20 commanders competing in the November 17 awards.

Check out the clubs competing for the 13th Globe Soccer Awards

Check out the coaches competing for the 13th Globe Soccer Awards