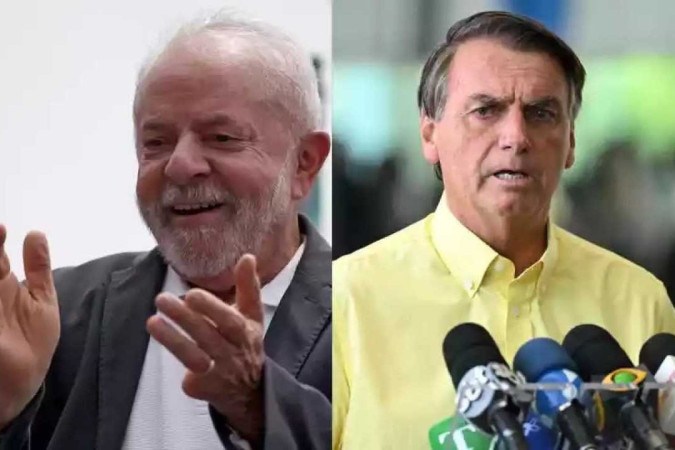 Knowing this, the State of Minas asked the specialist to analyze the candidates for the Presidency of the Republic and the results of the polls in the second round, which will be held on the 30th.

Analyzing the birth chart with the BaZi astrological system, also known as Four Pillars of Destiny, the expert says that Lula (PT) and Bolsonaro (PL) have very similar profiles, which makes it difficult to point out a winner in the dispute at the polls.

It is different from what happened in the 2018 elections, when Haddad (PT) had a deep energetic composition, focused on academic knowledge, and Bolsonaro more radiant, attracting more people. “They are extremely strong candidates. Charts in various astrological systems show this. Both have leadership skills, Bolsonaro has something more military, for ethics. While Lula is more focused on the simpler life, of the poor who get rich”, he summarizes.

“Lula and Bolsonaro were born on the day of the Serpent, which is a cunning, strategic animal, full of tricks”, says Fabiana. She highlights that Lula’s BaZi map has earth as the strongest element. “It shows more practicality, down-to-earth, realism. Earth is the element of generosity. In her planting, everything gives. However, excess can generate an organic imbalance, making the person very materialistic”, she points out.

Meanwhile, Bolsonaro’s map has a lot of wood. “It shows a lot of willpower and tenacity. However, it lacks the water element, which is the element of malleability, flexibility and communication”, he points out.

According to the expert, Bolsonaro and Lula are experiencing similar moments. “Both are living decades and years where the Demon of Theft is present. This energy can bring harm to the individual who is a victim of theft and deception. Or it can favor the individual who is the executioner, who steals and deceives others,” she points out. Also in the Bazi system, the moment seems to be “slightly more favorable for Lula”.

Regarding the I CHING, which is an ethical-philosophical treatise book that shows the change in things, the predictions are also very similar, that is, there are chances of victory for both candidates. “However, a shock (a betrayal or any other shocking and unexpected situation) can lead Bolsonaro to failure, while Lula can be the victim of a coup, if he is not very cautious”, he warns.

In Feng Shui, the luck of the moment can also be analyzed. The analyzes are performed by time cycles, with a period of 60 years being divided into five 12-year cycles. Each of these five cycles is governed by an element.

Fabiana explains that, in 2020, we enter the Metal Cycle, which should last until 2031. Metal is the energy of laws, ethics, customs and traditions. “This tendency favors the people to turn more to their traditions, in a resumption of order and good customs, which bring a sense of security. It also favors the armed forces, wars and conflicts, as this is a combative energy, which does not tolerate compromise”, she points out.

She adds that metal favors the time to reap what was planted and take responsibility for the choices. “All this seems to favor Bolsonaro, right? However, the 5 Cycles have subdivisions. And the years 2022 and 2023 will be ruled by the Water element. This is the element of communication, subterfuge and playing around. As we have seen, Bolsonaro lacks this element in his map. In other words, communication, which is their weak point, now takes on very great importance. Therefore, I believe Lula has more chances at the moment, because he is more articulate,” she concludes.

According to the Bazi system, the candidate for reelection was born in the year of Ouro da Areia, which represents wealth within reach. “Not just money, but reputation and recognition. She highlights that this image is the way others see him.

Already analyzing the month, Bolsonaro was born in the Land of the Wall, which reflects the filter of what can be shown. The image represents a restriction, which imposes limits and is exclusive for the group to which it belongs. The day of the birth of the current president, on the other hand, represents the Gold of Candelabros, which shows a connection between the material and the spiritual. “We see that with his involvement with churches, which seems to be genuine,” he explains.

The time of birth, which shows the unconscious self, is Solidary Pine Wood, which is stubborn and difficult to change.

“Bolsonaro was born at Hora do Tigre. The Tiger is an agile, impulsive animal that lives alone, solves everything in its own way. It is easy for him to project these unconscious traits onto the outermost personality, for he was born in the Month of the Rabbit (animal compatible with the Tiger). In other words, he acts very unconsciously, intuitively… Tigre is also quite idealistic, sometimes becoming utopian”, analyzes Fabiana.

He was born in the Year of the Yin Wood Goat. The year demonstrates our outermost personality, as others see us. “The Goat is an animal with great physical resistance, it is hardworking, but it can prove to be a dangerous enemy, as the Goat is also cunning and manipulative. However, as I said before, the image of this candidate tends to be more marked by his unconscious, which is the Tiger, a noble, powerful, fearless and unpredictable animal,” he says.

On the other hand, Lula was born in the year of Água da Fonte, which gives him the appearance of a nourisher, of one who will supply everyone’s needs. The month is Terra do Telhado, which indicates a restriction, protection to a more closed clan. It is a type of energy that is visionary, can predict the future and is self-protective, because it sees ahead.

The PT was born on the day of Madeira da Floresta, which points to ample internal resources to be used. “He is smart and would greatly benefit from an academic education,” he suggests.

The time of Lula’s birth is from Madeira da Grande Floresta, the same of the day, this represents a great solidity and a good support. In the analysis of the unconscious, Fabia points out that the candidate was born in the Year of the Rooster of Madeira Yin. “The Rooster is an intelligent animal, but he is arrogant and exhibitionist, he likes attention and prestige. But he knows how to be a loyal friend,” she explains.

The time of Lula’s birth is that of the Dragon. “Among the characteristics of your unconscious, then, are the ability to command and lead, a lot of enthusiasm, pride and a certain snobbish air. However, there is an internal conflict in your energy structure, which can bring instability to your life”, he assesses.

In the Zi Wei Dou Shu system, which manages to predict the trends of our destiny in a detailed way, detecting the most favorable and unfavorable periods throughout life, Bolsonaro has a slightly more fortunate map, generating an easier destiny than that of Squid. “Bolsonaro has a lot of wealth, power of command and leadership, a good relationship with his children and many love relationships. His career is marked by the military. He is the typical general,” he says.

Lula also appears with a great capacity for command, as a community leader. “However, his destiny is marked by a more troubled relationship with his family members… There is not a good relationship with his children and also with his parents. Also, there is a certain tendency towards twists in your destiny, like starting in poverty but then getting rich,” he points out.

In Chinese Numerology, Bolsonaro and Lula have a lot of willpower. Bolsonaro is more determined, while Lula is more intelligent.