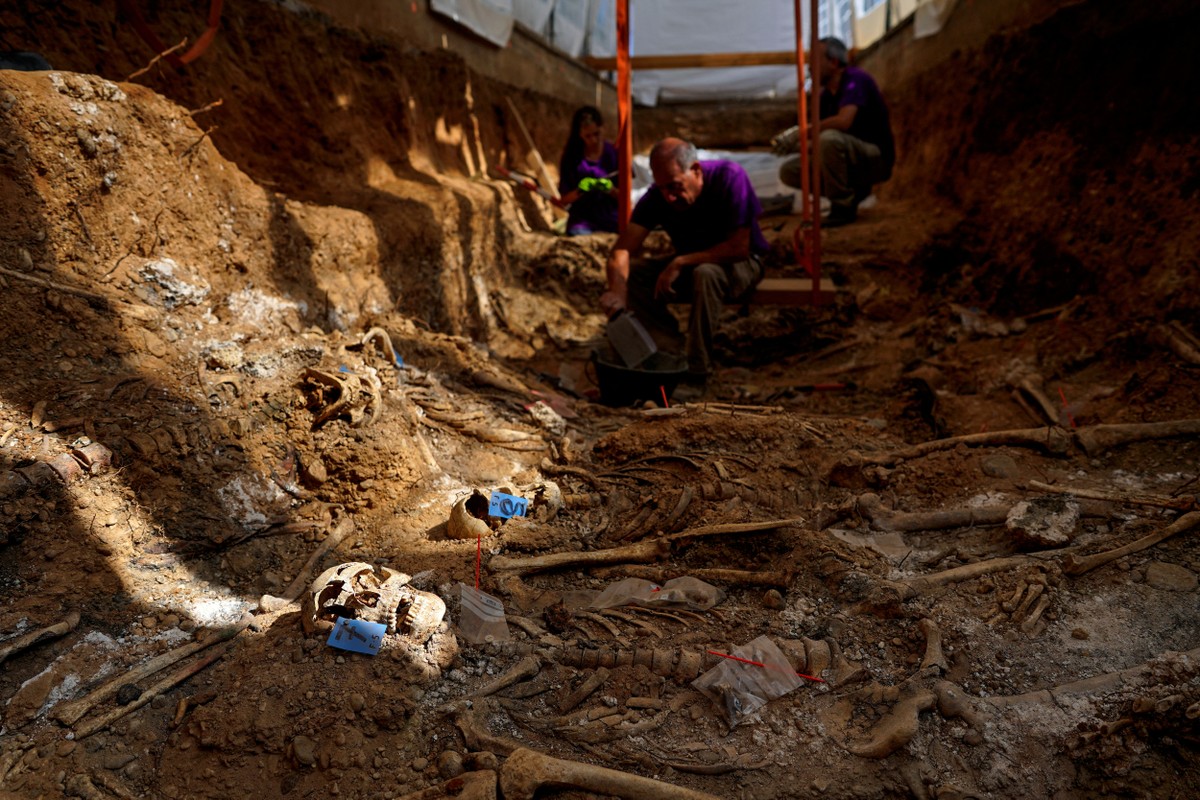 Spain abolished 33 titles of nobility granted by dictator Francisco Franco – who ruled the country from 1936 to 1973 – and his successor to military personnel and family members.

The measure is part of the new Democratic Memory Law, which came into force this Friday (21) in the country.

Two of Franco’s grandchildren, as well as descendants of several of his top generals, ministers and other high officials lost the title of nobility that had been granted to them by the dictator, who hard-lined a military regime of nearly four decades that left nearly 500,000 dead and missing.

The law, which recently overcame its last parliamentary hurdle in the Chamber of Deputies, condemns the “glorification of perpetrators of crimes against humanity” and eliminates titles that extol the Spanish Civil War and the country’s military dictatorship.

Most titles were bestowed by Franco himself as a reward for loyalty.

Francisco Franco Martinez-Bordiu, the eldest grandson of the autocrat who inherited the lordship of Meiras from Franco’s widow Carmen Polo, described the abolition of the title as “absurd without any practical effects” in a July interview with the newspaper “El Independiente. “

“I will continue to be Senhor das Meiras (a title bestowed on him by his dictator grandfather) even if the government does not recognize him,” he said.

His sister, Carmen Martinez-Bordiu, Franco’s only daughter, will be stripped of the Duchy of Franco.granted by the then King Juan Carlos I – who abdicated the throne in favor of his son, the current King Felipe VI.

Others affected by the new law include relatives of the founder of the fascist Falange party, José Antonio Primo de Rivera, and descendants of generals Gonzalo Queipo de Llano and Juan Yagüe, who ordered massacres of civilians in the cities of Seville and Badajozrespectively.

Franco took power in Spain after leading a military coup against the elected left-wing government of the Popular Front of the Second Republic, which resulted in a three-year civil war, the Spanish Civil War.

The measure also promotes the search and exhumation of victims buried in more than 3,000 documented mass graves. At least 114,000 civilians forcibly disappeared during the war and subsequent crackdown, according to a 2008 court ruling.