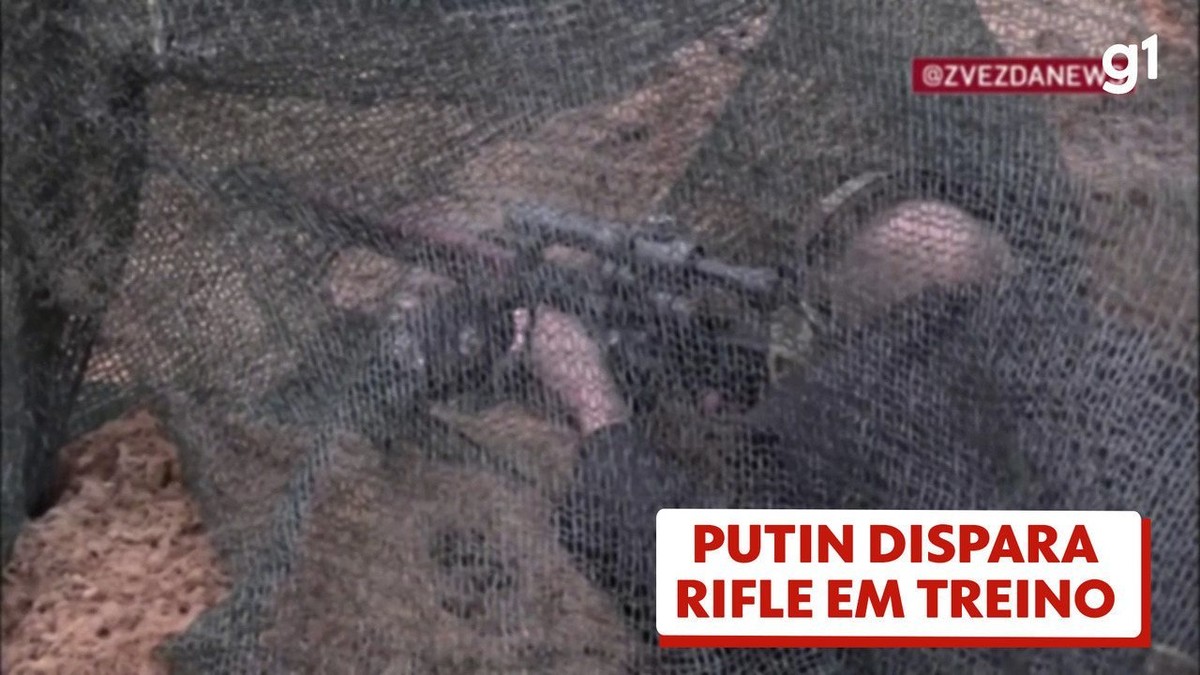 On a visit aimed at showing his personal support to soldiers who will fight in Ukraine. Putin went to the center, in Ryazan, in the southeast of the Russian capital, accompanied by Defense Minister Sergei Shoigu.

Official footage shows Putin lying on the ground and firing a rifle. In the next frame, Putin is seen dusting his coat and slapping a soldier on the shoulder and wishing him good luck.

Russian President Vladimir Putin during a visit to a reservist training center in Moscow, October 20, 2022. — Photo: Kremlin via Reuters

The visit came a day after Putin declared martial law in four occupied regions of Ukraine, which he illegally annexed last month in a move condemned as illegal by Ukraine, its allies and the United Nations General Assembly.

Faced with a string of defeats in the war, Putin last month declared a “partial mobilization” of reservists to call up hundreds of thousands of extra troops.

The plan, according to local reports, proceeded in a chaotic fashion, with frequent instances of misapplication, and even Putin himself was forced to acknowledge mistakes. Furthermore, hundreds of thousands of Russians fled abroad to escape conscription.

Putin said last Friday that the mobilization would end in two weeks. On Thursday, he ordered all regions of Russia to do more to support the army’s needs and stressed that all mobilized men needed to be sent to the front with proper equipment.