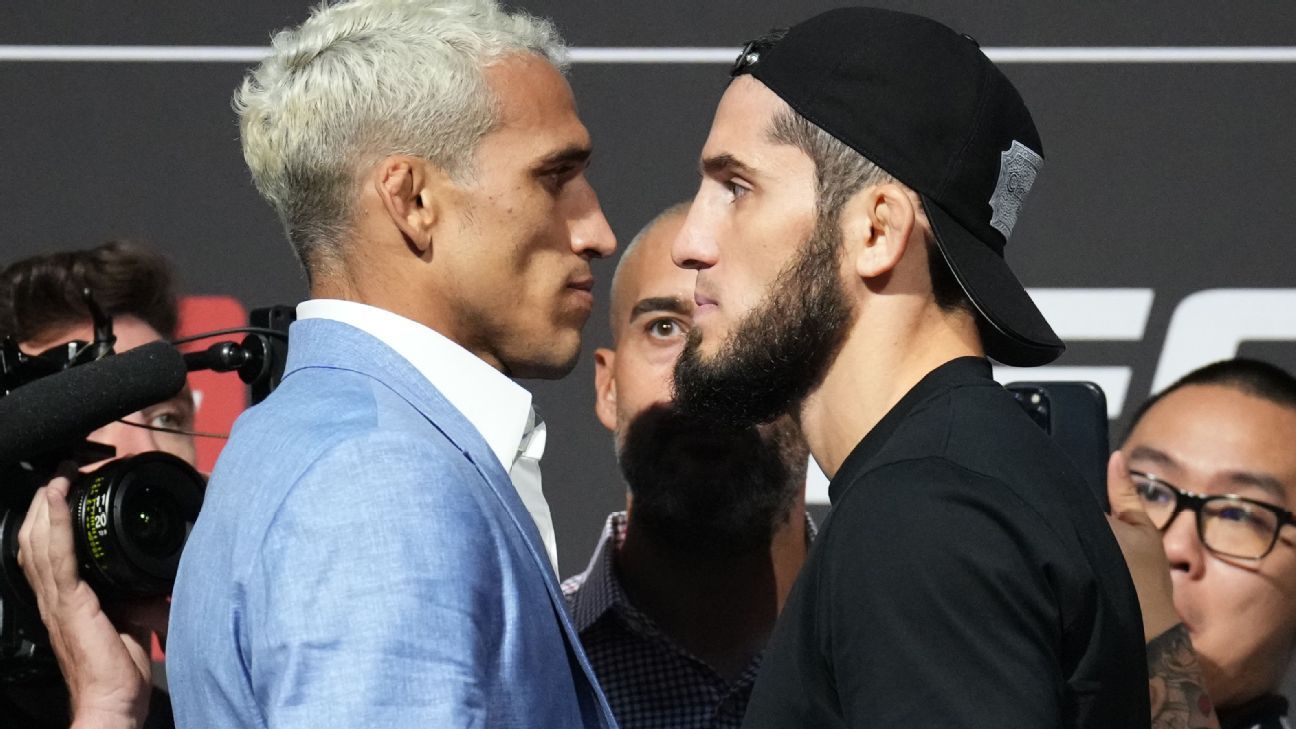 ‘We will only know if the man comes back’

The official press conference UFC 280 he was tensemainly by the Discussion between Charles Do Bronx and Islam Makhachevwho compete for the lightweight beltthis Saturday (22).

During the entire turbulent scenario involving the fighters, the Brazilian even launched a challenge to Khabib Nurmagomedov, a lightweight legend who retired with 29 wins and no losses. He currently trains Makhachev.

Charles was asked what a fight between him and Nurmagomedov would be like. He didn’t stay on the fence and challenge the Russian.

From the Bronx he had previously spoken about his desire to face Khabib, but the Russian retired.

“Nothing would make me go back. Never. I leave this sport alone without me. There will always be some champion without my name too. It’s going to be Charles, it’s going to be Makhachev or some other name after Makhachev, because Makhachev won’t be there his whole life. It’s for a little while, a couple of years, it’s over,” Khabib said in a podcast interview.The Muslim Money Guys’.

“This is a high-level sport. I was champion, now I’m not champion and that’s normal. You can never be champion for seven years, eight years. A couple of years ago, this is its heyday. It’s over, bye. You can stay just to make money, but you will never be champion.”

Now, the Brazilian is looking to regain his UFC belt against Makhachev.

Due to its proximity to Russia and being a predominantly Muslim country, Makhachev clearly has the greatest support from the crowd. Upon entering the Etihad Arena, the Brazilian received a huge boo shouting “Islam!”.

After a few minutes of press conference, the two left for the discussion and would go down. “You just talk. And you ran to f***”, said the Brazilian, to Makhachev. The discussion heated up because Charles accused the Russian of running away from a fight in Brazil.

“This guy doesn’t speak English, nobody understands you. I posted it on Instagram, I said I wanted to do this fight in Brazil”, countered the Russian.

“At no time did you want this fight in Brazil, you tried to bring it here and you got it, but don’t worry, the father is here”, concluded from the Bronx.